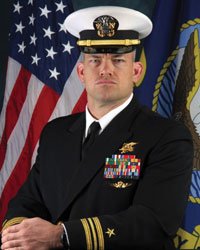 In a recent interview with Fox News, Ex-Navy SEAL Jocko Willink spoke out about Critical Race Theory and said what many Americans are truly thinking. In recent weeks, there has been a push back from lawmakers who have tried to limit the power of Critical Race Theory in schools, due to being divisive and potentially manipulated in the way in which CRT is taught. States such as Texas and North Carolina have begun the process of curtailing CRT due to its controversial reputation. Predictably, some left-wing voices have been vocal about this, claiming that these bills are racist and shouldn’t be introduced.

It’s not only the educational system that’s had recent CRT push back either, with corporations such as Disney dropping their own ‘woke’ CRT training. Thankfully, it seems that common sense has prevailed in some areas, which is a sentiment that was shared by Willink. During his Fox interview, he stated, “We shouldn’t hide anything from our children. We need to teach them the full truth. Not just that America was active an active participant in the evil institution of slavery, but also that America fought to abolish slavery and that 360,000 union soldiers were killed in that law, many of them freed slaves themselves who fought for America. We need to teach the bad and the ugly for sure, but we also need to teach the good as well and there’s plenty of it to teach.”

These words should come as sage advice, as not only did Willink literally lead others as a SEAL, but he also went on to prosper afterward, running multi-million dollar companies, excelling in martial arts, and being a key motivational speaker too. On a separate note, it’s also nice to see a celebrity figure with influence come out and openly speak out against the damaging nature that Critical Race Theory promotes. Why is it that the classroom has begun criticizing the USA when the country’s history also has so many other great things to offer and learn about? An answer for this may be found in the words of ex-president Donald Trump who once tweeted, “They aren’t after me,  they are after you, I’m just in their way.” Here, Trump was teaching about the far-left and its over-controlling nature that seems to have crept into the education system too.

With everything said and done, it’s nice to see lawmakers actually standing up for what they believe in and try to gain back some control. After years of CRT, no wonder America has been left with racial tensions, class divisions, and tribalism rather than unity and togetherness. Hopefully, we can see these educational reforms put into practice, as Jocko Willink hit the nail on the head.

Click this link for the original source of this article.
Author: Martin Dover

In other news...
State steps in when feds give Title X money to abor...
Trump Issues Statements Blasting Pence, Declares 20...
Rising food prices causing sticker shock at grocery...
Why Would Anyone Call A Desire To Breathe Freely, A...
US Marines Fly 2000 Miles From the Atlantic to Drop...
Former staffer sues congressman, claiming 'reckless...
0 Comments
Inline Feedbacks
View all comments