NORTON, VA— On Friday, May 7th, the Norton Police Chief was shot while responding to a call of a shoplifter.

According to reports, the shooting happened near the Norton, Virginia Walmart. The Virginia State Police reported that, Norton Police Chief James Lane was responding to a call about a shoplifter at a business on Commonwealth Drive.

In a release, the Virginia State Police said:

“As Norton Police Chief James Lane pulled up to the parking lot, he encountered a male pedestrian,”

The release went on to say:

“The man began shooting into the chief’s vehicle, striking the chief. The chief returned fire.”

The State Police noted that a Norton police officer also fired at the suspect, who has now been identified as 36-year-old James Dyer Buckland of Pound, Virginia. A handgun belonging to the suspect was recovered at the scene, VSP said.

Both Chief Lane and Buckland suffered gunshot wounds and were flown to Johnson City Medical Center for treatment of serious injuries.

“There were several units on the scene very quickly, helping secure the scene, helping provide first aid to both people that were shot, so with the tourniquets and things like that to stop the bleeding till rescue got here and they were transported,”

“Today, we live in violent times. Law enforcement takes a beating every day, and we have some of the bravest men and women in the world right here in Wise County and every police department you want to look at who want to do the right thing to keep their communities safe,”

Buckland has been charged with attempted capital murder, use of a firearm in the commission of a felony, and possession of a firearm by a convicted felon, WJHL reported. 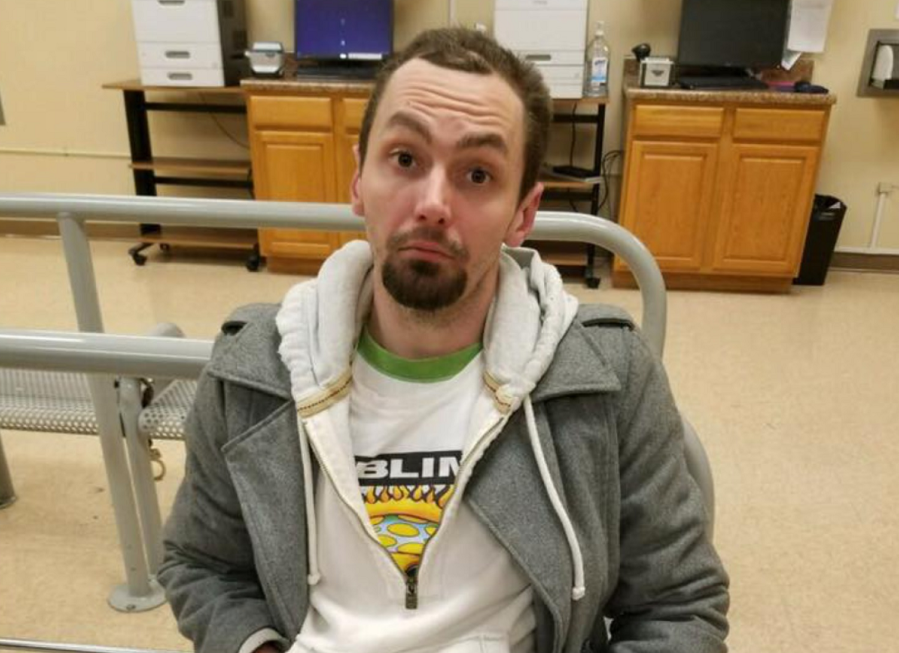 On Saturday, May 8th, Ballad Health CEO Alan Levine tweeted out in the morning that the teams at Norton Community Hospital and Johnson City Medical Center were working to help Chief Lane heal.

The @BalladHealth team is praying for @cityofnortonva Police Chief Lane, and for his family and colleagues. He was shot twice, and our team at Norton Community Hospital and Johnson City Medical Center’s trauma team are doing their work to help him and the community heal.

On Saturday afternoon, the City of Norton took to Facebook to thank everyone for their outpouring of support, and to announce that Police Chief Lane is in stable condition following surgery. The post then asked for prayers and support as Lane continues to heal. Law Enforcement Today wishes Chief Lane a rapid recovery, and we will bring you updates in this case as they become available.

Last week, a police officer in Tennessee was shot in an ambush while responding to a fake police call. Here is more on that.

NASHVILLE, TN – A Metro Nashville police officer was shot in an ambush while responding to a “set up” call falsely reporting an active shooter at a home in South Nashville.

The shooting was reported just after 6 p.m. in the 7200 block of Sugarloaf Drive, located off of Nolensville Pike.

According to MNPD Public Information Officer Don Aaron, police were called to the residence for a report from a man claiming his brother had shot his mother and that the gunfire was continuing:

“On the 911 call you can hear him saying that he’s scared the shots are continuing to be fired hurry, hurry please get here in a hurry. It’s very concerning what our officers are being confronted with over the past few weeks is very concerning.”

UPDATE: Very happy to say Nashville officer Brian Sherman is in good condition after being ambushed.

The shooter, 22-year-old Salman Mohamed shot himself in the head as police tried to negotiate with him. @GLFOP pic.twitter.com/FSNJKvLGyp

Three officers knocked on the door to the residence. The door opened, and when officers began to make entry into the home, the caller opened fire, striking Officer Brian Sherman in the left arm.

Officers retreated from the home and 22-year-old Salman Mohamed followed them outside into the driveway armed with a rifle. Officers began to negotiate with the man, but he shot himself in the head. He died shortly after of his wounds.

The man called 911 saying his brother shot his mother and was firing inside, police say, but it turned out to be a “setup call.”​ https://t.co/K1guvik0pV

Aaron said the South Precinct officers were not equipped with body cameras. The swat team was equipped with cameras, but the suspect was dead by the time they arrived.

Aaron stressed that no officers fired their weapons during the incident.

Officer Sherman was transported by medics to Vanderbilt University Medical Center, where he was treated for his injuries and released late Tuesday night.

UPDATE 🚨 It was an AMBUSH. Officer shot after responding to staged 911 call in targeted attack 👇🏼https://t.co/saG2w095mk

Aaron said Mohamed’s mother and three siblings were in the home, but no one was injured nor were any other shots fired, as he initially reported:

“Again, no one else in the home was hit. This was a ruse or a setup to get the police to come to the house, and as soon as the officers knocked on the door, the door was opened, and they came under fire by Mohammed.”

No motive has been released by authorities, but Aaron said Mohamed appeared intent on luring the officers to the home:

“We believe the person who made the 911 call was Mohamed himself. In fact, on the 911 call, you can hear him saying that he’s scared that shots are continuing to be fired. ‘Hurry, hurry, please get here in a hurry.’ It was all a ruse to get the police officers to this scene.

“Mohammed’s motives for this have not been determined. Obviously, we’ll be talking to his family throughout the evening to try to resolve why he did this. Again, no one else in the home was hit. This was a ruse or a setup to get the police to come to the house, and as soon as the officers knocked on the door, the door was opened, and they came under fire by Mohamed.”

BREAKING: With several @MNPDNashville officers nearby, Officer Brian Sherman is released from the hospital after being shot in the left arm today. Our photojournalist @QuanMcwil_TV got the video. @NC5 pic.twitter.com/pTVkON64QL

Authorities stated that Mohamed had no previous arrest record, and they were looking to see if he had any prior police contacts.

LOS ANGELES, CA – An off-duty Los Angeles police officer was shot in the chest with his own gun Wednesday in a struggle with a man who had broken into his car and was attempting to steal his police gear, authorities said.

An off-duty Los Angeles police officer was shot multiple times by a suspect who broke into this private vehicle at his apartment in Sherman Oaks.​ https://t.co/JorMahg9kr

.The off-duty police officer and a suspect were both shot and wounded during a gun battle at a Sherman Oaks apartment complex around 2:30 p.m.

The incident began when the officer left an apartment with a woman and went to the parking lot of the complex. As he approached his vehicle, the officer observed a man who had broken into his vehicle and was wearing his ballistic vest and had his service weapon, according to Chief Michel Moore.

The officer confronted the man with his backup handgun and an exchange of gunfire erupted. The shootout continued through the parking garage to a breezeway behind the apartment complex.

Chief Moore said the officer struggled with the man before the situation turned into “what we believe to be a gun battle between the both of them, with the suspect using the officer’s primary duty weapon.”

In the breezeway, the suspect was shot in the arm and shoulder, and fell to the ground, according to authorities.

The officer recovered his stolen firearm from the suspect, and then retreated back to his vehicle where he collapsed with two gunshot wounds to the chest and one to his thigh.

Other officers responded to the scene and surrounded the apartment complex. The officer was transported to a local hospital where he was listed in stable condition.

Chief Moore said he spoke to the officer before he underwent surgery:

“I spoke with him before he went into surgery. Obviously, these are very traumatic injuries, and he is grateful to be alive, but he is not out of the woods yet.”

LAPD Chief Michel Moore says the off-duty officer shot in the parking garage of a Sherman Oaks apartment building today underwent surgery and is expected to recover, though “he’s not out of the woods yet.” https://t.co/rZdcWvbRJW

The responding officers located the suspect in the breezeway as he was tossing magazines from the stolen firearm over a fence.

The suspect was transported to a local hospital with three gunshot wounds. He was listed in stable condition.

RT @KTLA: Update: An off-duty LAPD officer is in stable condition after being shot with his own own service weapon during a “gun battle” with a suspect who stole the officer’s gun and bulletproof from a car parked in a Sherman Oaks apartment garage https://t.co/cqG5j2wuOH

The woman who accompanied the officer was not injured during the incident.

The incident remains under investigation, but Chief Moore stated the incident appeared random rather than a targeted attack.

Officials are working to determine how the suspect was able to access the officer’s vehicle inside a secured garage.

Chief Moore said that the officer is a member of the detective’s bureau and typically keeps his vest and firearm inside his vehicle.

Officials have not released the name of the officer or suspect.