What is Happening in America?

May 10, 2021 Constitutional Nobody International News

What is Happening in America?

A lot has been happening in America, although you wouldn’t know it if your main source of information is the mainstream media.  If you thought Donald Trump had gone away think again!

Starting with the breaking news that Donald Trump has just launched his new communications platform, giving him the ability to communicate with his followers, after being banned from the likes of Twitter and Facebook.

The platform is entitled “From The Desk of Donald J. Trump”… https://www.donaldjtrump.com/desk 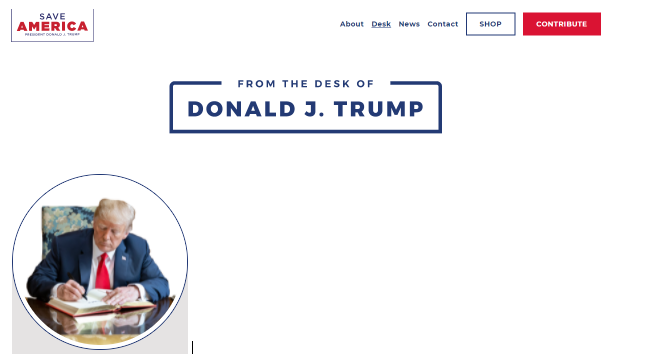 So the fight back against censorship has well and truly begun!.

The issue of electoral fraud during the 2020 Presidential election is still ongoing.  At federal level the HR1 “For the People Act of 2021” passed in the house this has been deemed, unconstitutional seeking to centralise power at federal level . 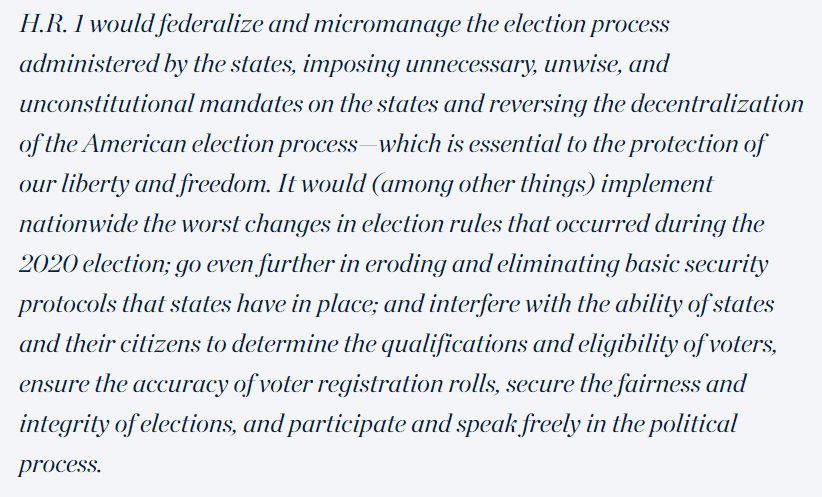 Meanwhile, to counter this, many states are busily working to restore voter integrity in order to protect future elections from fraudulent activity. 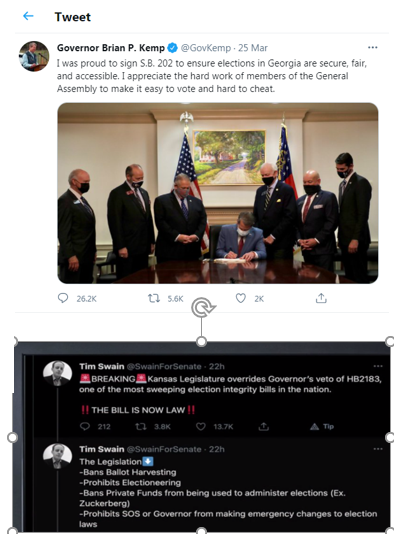 The Dominion systems are coming under close scrutiny.  An expert exhibit has just been released confirming they have broken the codes on the computer system.  In court filings, Attorney Matthew DePerno alleges his expert, Jeff Lenberg, conducted tests that “replicate the vote tally errors” seen in Antrim county, these errors run counter to the “human error” narrative.

It has also been reported that the Census data does not match what happened in the 2020 election.

Georgia still hasn’t come up with over 400,000 legally required chain of custody documents for predominantly Joe Biden in the 2020 election.  Biden “won” by 10,000 votes.   There is no chain of custody for 67.5% of the estimated 600,000 absentee vote by mail ballots deposited in drop boxes.

Following the election the state Senate ordered an audit of Maricopa County ballots and machines.  County officials fought against the subpoenas, but finally agreed to send most of the subpoenaed materials, the audit started on April 23rd but is still being met with fierce opposition.

These 3 Developments Should Nullify Maricopa County 2020 Election and put Supervisors in Legal Jeopardy:-

1 — Arizona GOP Chair Dr. Kelli Ward tweeted out that devices that held data during the election in Maricopa County were sneaked offsite nightly. And it’s not clear who took them.

This violated chain of custody regulations and is highly suspicious.

2 — The Maricopa County Election team admitted this week that they do not have ‘Admin’ access to their county’s voting machines.   Why did they cede this to the Dominion voting machine company? How is this legal?

AZ Audit Director states “It is very concerning” that Dominion has passwords and control of Maricopa County Voting Systems and Officials do not.

3 — Maricopa County officials are refusing to turn over routers or router images to the election auditors. They are defying a judge’s orders.  What are they afraid of? And what are they hiding?

Spy planes were caught monitoring the audit, what information are they after?  Also a Carnival has been set up nearby and Antifa and BLM members are reportedly booking into hotel rooms in the area – people have also been caught trying to sneak into the audit building.

The audit security plans have been leaked out by the newly appointed Judge Dan Martin (the previous Judge having recused himself from the case).  Why would a Judge do this? https://www.thegatewaypundit.com/2021/05/arizona-judge-dan-martin-released-2020-election-audit-teams-security-document-public-last-week-not-good/

The audit is being livestreamed via 9 cameras for openness and transparency, watch it here…https://azaudit.org/

The FBI’s recent raid of Rudy Giuliani’s apartment and office appears to be a form of retaliation against him and his former client Donald Trump.   It is alleged that the Department of Justice obtained a covert warrant to surveil Rudy Giuliani’s i-cloud data from 1st May 2018 – November 4th 2019 they took everything between these dates (coinciding with the timeline of Giuliani’s representation of former President Trump).

During the raid of Giuliani’s home, they found him surprisingly cooperative.  He took the agents into his study and began sharing his electronic devices with them, helping them fulfil their search warrant mission.  He offered to give the hard drive to the agents, telling them “it has evidence of President Biden committing multiple crimes with his son Hunter.”

The agents not only rebuffed the evidence, they didn’t even bother to check what was on the hard drive! 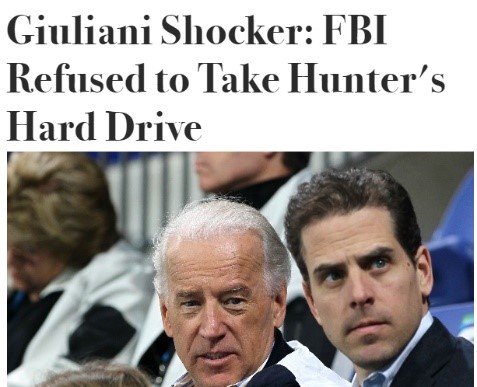 Will the information from the Hunter Biden laptop ever reach the masses? – watch this space.

Mainstream media reported Officer Brian Sicknick’s death in the Jan. 6 Capitol skirmish as being due to the trauma of being hit in the head with a fire extinguisher by a Trump supporter. That was reported first by the New York Times and parroted by virtually all mainstream media.  This story had to be retracted when proven false.

The Justice Department then appeared determined to prove the guilt of two men who were arrested on a charge of “assault with a dangerous weapon.  “Julian Khater and George Tanios were charged with using some kind of chemical spray on Officer Sicknick and two other officers.

Washington DC’s chief medical examiner has, however, ruled that Sicknick had two strokes and died from natural causes.

The only casualty therefore was Ashli Babbit, a Trump Supporter, killed in cold blood at point blank range by an unnamed and uncharged Capitol Hill officer.  The narrative of an armed insurrection on capitol hill by Trump supporters appears to have fallen apart.

There is so much happening in America, but finally people are starting to sit up and take notice.

From the mainstream media’s fake news stories surrounding the events at Capitol Hill, the suppression of the Hunter Biden laptop scandal – to the shenanigans surrounding the 2020 election and the Biden regime’s radical, divisive and some might say Marxist agenda – it is all starting to come into the light. 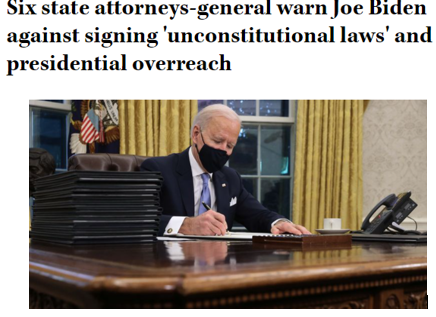 The American Constitution was created to protect the people against the abuse of political power – it’s decentralistion of the power structure making it more difficult to undermine democratic institutions.

Will it continue to “serve and protect” or will America’s future depend on the courage and unity of “it’s people”?

I have a feeling we might soon find out……

I fell into politics quite by accident in 2014 and all because my local County Council brought in a policy switching off street lighting overnight my elderly neighbours felt vulnerable – this spurred me into action and the Right to Light Campaign was born.

I started the Right to Light Petition which garnered over 11,000 signatures enough to trigger a debate at Kent County Council.  I delivered a speech in front of 88 Councillors and journalists but they refused to listen to the people and kept the lights off.

I worked closely with a local journalist who followed the campaign from start to finish, publishing articles on an almost weekly basis.

Word spread about the campaign and the Council’s refusal to listen – my phone became a hotline, I was invited onto BBC Breakfast and live radio something I would never have contemplated happening in a million years.  Following a fierce 2 year battle and against all the odds streetlighting was restored throughout Kent.

Spurred on by success and having witnessed how badly represented people were at local level I joined UKIP standing as a candidate in Borough and County elections narrowly missing out on a seat by 22 votes on one occasion.

The run-up to the EU Referendum was an exciting time I joined the Grassroots Out Campaign and ran weekly street stalls delivering thousands of leaflets and meeting hundreds of people including Nigel Farage and Gerard Batten.  I loved the buzz and the fun was infectious.  I have been hooked ever since.

I became a prolific poster on Facebook building up relationships in many groups, I was approached by the owner of a Website/FB page called Fortis est Veritas asking if I would like to write articles to post on his platform.  I have to date written 22 articles and really enjoy documenting the twists and turns of Brexit a very exciting time – we are writing history and it is essential that is fully documented.

I am very excited to now be given the opportunity to join the UNN family as a Political Analyst – the next chapter in a very exciting 5 years of my life.

This post What is Happening in America? first appeared on Wake Up UK and is written by Daniel Mortimer