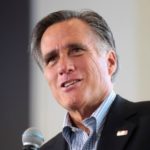 As House Republicans prepare to replace Rep. Liz Cheney (R-Wyo.) as House GOP conference chair, Sen Mitt Romney (R-Utah) has again spoken out in her defense. At issue is primarily the fact that Cheney has consistently refused to go along with the lies from former President Donald Trump and some of his top enablers about the integrity of the 2020 presidential election. Like Romney himself, Cheney has also insisted that Trump bears personal responsibility for the violence at the Capitol in January, which proceeded under the pretense of his election lies.

Romney, like Cheney, has also faced criticism from Trump World. The Utah Senator has voted in favor of convicting Trump over impeachment charges twice. Meanwhile, Romney pointedly commented as follows:

‘Expelling Liz Cheney from leadership won’t gain the GOP one additional voter, but it will cost us quite a few.’

Expelling Liz Cheney from leadership won’t gain the GOP one additional voter, but it will cost us quite a few.

Cheney has been set up to get replaced as House GOP conference chair by Rep. Elise Stefanik (R-N.Y.), a Trump ally. Notably, Trump himself has also expressed an intention to back a GOP primary challenger against Cheney ahead of the midterm elections in 2022, so it remains to be seen whether Cheney will be able to successfully deal with that potential electoral confrontation. She initially took office back in 2017, meaning that she won her first election to the seat in the same year that Trump won.

Cheney has repeatedly denounced the lies that Trump has told about the integrity of the 2020 presidential election. She said on Twitter for instance that “anyone” who spreads the lie that the election was “stolen” is “turning their back on the rule of law, and poisoning our democratic system,” which is pretty direct. Recently, Trump has continued actively pushing his election lies, no matter the utter lack of meaningful supporting evidence, and conservatives at Fox News, the Conservative Political Action Conference (CPAC), and elsewhere have provided a platform for the vitriol.

The 2020 presidential election was not stolen. Anyone who claims it was is spreading THE BIG LIE, turning their back on the rule of law, and poisoning our democratic system.