May 9, 2021 Constitutional Nobody News 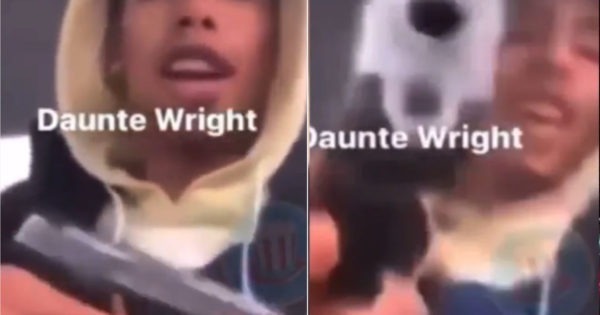 On May 9, 2021, the CCP-affiliated Facebook fact checking partner Lead Stories marked a National File article about Daunte Wright, who was shot dead by a police officer who mistakenly thought she drew her taser after he refused to cooperate with police and fled the scene in his vehicle. However, Lead Stories did not actually mention National File by name in the article, and instead focused their entire fact check on a video made by Turning Point USA’s Charlie Kirk.

On April 11, news broke that a black man, Daunte Wright, was shot by police in Brooklyn Center, Minnesota, about 15 minutes from the geographic center of Minneapolis and 10 minutes from where Black Live Matter martyr George Floyd was arrested. Soon after, police issued a statement explaining that Wright was wanted for an outstanding warrant, and died as he attempted to flee the scene.

In 2020, Mark Sidney, the co-founder of the social networking site Spreely, explained to National File that Facebook has created a financial incentive for Lead Stories – which was founded by a former CNN employee – and other fact checkers to fact check content and rate it false based on arcane or subjective information. Sidney told National File, “Any time they fact check an article, Facebook adds a disclaimer that allows the fact checker to obtain the reach and distribution of the original content and redirect the traffic to their site,” added Sidney, “Which sustains itself off ad revenue based off the amount of traffic that they receive.”