America Should Focus on Exceptionalism Not Imperfections 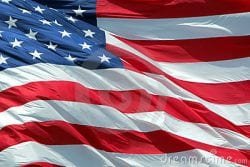 Starting about 15 years ago a trend began that convinced Americans to focus on this country’s imperfections rather than its exceptionalism. This now rapidly growing trend has resulted in long-term economic stagnation and a deeply divided country.

America’s astonishing growth and well-spread generosity have resulted in the world’s most prosperous country. It has also resulted in keeping much of the world safe from unwanted oppression, mostly by leading the victories in World War I and World War II. America fought other wars around the globe that protected our security interests but mostly help preserve freedom in other countries.

America was, however, not perfect. Slavery and racism had been common practices in virtually every country in the world since the beginning of recorded history. Tragically, and what today seems like obvious ignorance, people just accepted that as normal.

About 90 years after our country was founded, we realized the unjust treatment of human beings was not consistent with the principles that America followed. Slavery was abolished. Deep seeded racism would, however, take a lot longer.

About 100 years after slavery was abolished, America made civil rights the law of the land, so that all people, regardless of skin color, had to be treated equally. Finally, America had corrected its system to reflect its values. Racism within individuals could not be fixed quite as quickly.

Sometimes there are people whose ignorant and negative beliefs span generations. Often when these people have not had success in life or have faced tragedy, they look to blame others.

Their prejudice makes it easy for them to blame people of color.

Sometimes it’s the circumstances and the behavior of the minority groups that contribute to the racism. Since many have not been afforded adequate education and economic opportunities, they tend to have lower average income levels and higher than average crime rates. That fuels the racists.

In spite of those and other imperfections, miraculous advancements have been made in every area that improves the quality of life and our standard of living.

In healthcare, we have eliminated major diseases, fought pandemics in record time and vastly extended the life expectancy. The quality of life has vastly improved since we cure or at least treat almost all major health issues. We even use robotic surgery to quickly and accurately replace knees and hips.

Americans loved to be entertained and are willing to pay handsomely. As such the free market economy has been able to satisfy all of those needs. Large-screen, easy-to-use televisions are in everyone’s homes. The choice of what to watch is endless. Cable companies now offer hundreds of channels. At least a dozen streaming services allow us to watch what we want when we want.

America loves sports. Those needs were also satisfied by our free-market economy. There are now professional sports leagues with more than 30 teams for baseball, football and basketball. Soccer continues to grow in the US. Add in the tv broadcasting of college football and basketball, golf, tennis, car racing and the Olympics and there something for everyone.

Then there’s technology which has revolutionized our lives. The personal computer hit the market in the early 1980s. That led to the creation of the internet in the 1990s. Then can cell phones and tablets which morphed into small computers with wide-ranging communication devices and a high-tech camera. This technology has vastly improved the quality of life for the entire population.

We should focus on our achievements instead of focusing on our imperfections. Although we should recognize those imperfections and move to fix them without destroying anything.

Instead, we vilify those who we should be thanking. Businesspeople who were able to provide the most satisfying goods and services became very wealthy. Most are now millionaires and a few are billionaires.

Focusing on the imperfections will continue to stagnate long-term economic growth and further divide the country. Our system is not racist. Barak Obama and Kamala Harris would not have been elected if we have a racist system. There are racist people who need to be better educated.

In the meantime let’s focus on the three-quarter full part of the glass rather than the one-quarter empty.

America Should Focus on Exceptionalism Not Imperfections is original content from Conservative Daily News – Where Americans go for news, current events and commentary they can trust – Conservative News Website for U.S. News, Political Cartoons and more.

Click this link for the original source of this article.
Author: Michael Busler