May 8, 2021 Constitutional Nobody Technology

Payments processor PayPal has removed the account of Rebel News without an explanation. The outlet says it is “facing a coordinated attack by Big Tech.”

Rebel News is a conservative news outlet that often criticizes Canadian Prime Minister Justin Trudeau and his government. More recently, the outlet has been critical of the government’s response to the pandemic, especially lockdowns.

On Friday, the news outlet tweeted that it had been canceled by PayPal.

“Rebel News is facing a coordinated attack by Big Tech. First YouTube censored and demonetized us, now PayPal has come for their pound of flesh,” the outlet’s official account tweeted.

The same sentiment was reiterated by founder Ezra Levant in the linked article.

“Look, this isn’t a mistake. It’s a cancel culture attack on the largest independent news agency in Canada. It’s censorship,” Levant wrote. Levant insists that the outlet did not breach any of PayPal’s terms of service. 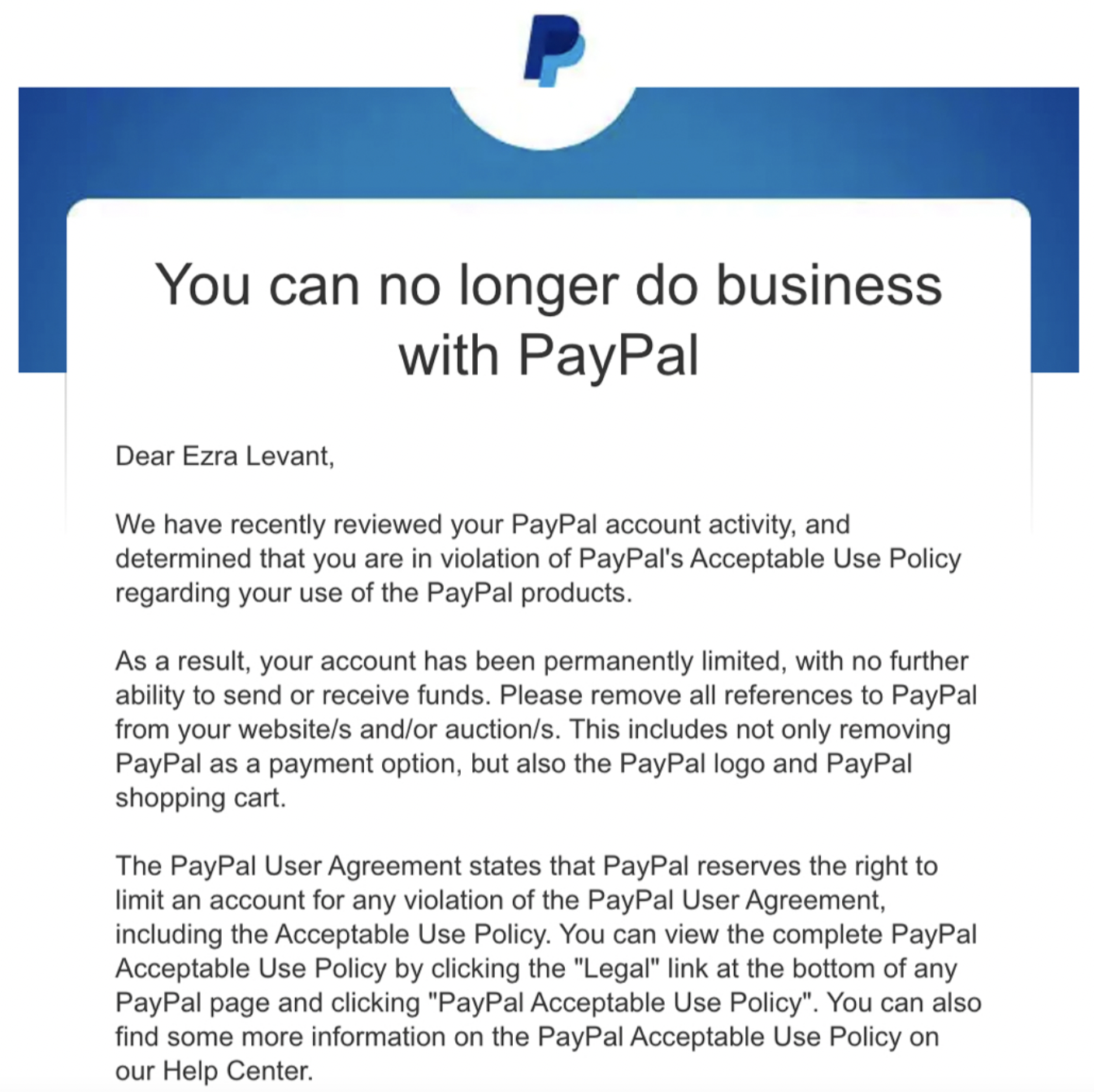 “We’re a big client. But with no notice at all, they just breached the contract. They ambushed us,” he wrote.

According to Levant, PayPal sent an email on Friday, past business hours, saying the Rebel News account, which has transacted over 8 million Canadian dollars in more than 150,000 transactions over the past six years, had been removed. The email had no explanation, signature, contact information, or a way to appeal the decision, Levant said.

In other news...
New jobs miss expectations, unemployment up in Apri...
Secretary of State Mike Pompeo Urges Americans to “...
"White Privilege" Is a Myth, Here's Why
The Rise of Systemic Tabloidism
[VIDEO] Americans Appalled At Biden’s Outrageous Re...
Elon Musk's influence on Crypto currency
0 Comments
Inline Feedbacks
View all comments