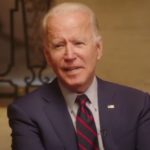 The Biden administration is moving to cancel another controversial immigration policy move from the Trump era.

The Trump administration had proposed requiring immigrants to submit materials like eye scans, voiceprints, and DNA samples in association with filings like green card applications, but the Biden team will be erasing this proposal. If left in place, the outlined Trump era provisions would have had the Department of Homeland Security gathering biometric data on immigrants from the U.S. Citizenship and Immigration Services (USCIS), U.S. Customs and Border Protection (CBP), and U.S. Immigration and Customs Enforcement (ICE).

Ur Jaddou, who has been nominated by President Joe Biden to serve as USCIS chief, has shared stark criticism of the Trump era proposal. As Jaddou put it:

‘It is stunning. They’re using what is overly general language in the law to justify a massive, unprecedented expansion to collect really personal information that they appear to plan to keep and use in perpetuity. What is the reason for this? What is the problem they are trying to solve?’

Other Trump era immigration policies targeted by the Biden administration include, perhaps most infamously, southern border wall construction. The construction efforts largely constituted a monument to Trump’s ego — physical barriers were already in place along vast stretches of the southern border, and instead of using federal resources to boost the U.S. capacity to, for instance, process immigrants arriving at the border, Trump and his allies focused on building rows of steel bollards in the desert. Trump’s so-called wall ended up as rows of steel beams, otherwise known as bollards. Biden’s team is ending construction.

The Biden administration has also revealed that they’re returning money that had been diverted from the Defense Department during the Trump era to pay for the border barrier construction. The Trump administration diverted this money under the guise of a dubious-at-best national emergency declaration that Trump signed covering the situation at the southern border. Both chambers of Congress, including the GOP-controlled Senate, voted twice to undo the declaration, but Trump vetoed these moves, and the efforts did not have enough support in Congress for procedural votes to override the vetoes.

In other news...
What You Need To Start A vBulletin Forum
“Biden” Terror: “Palestinian” jihadis violently cla...
Strange New Correlation Discovered Between COVID an...
Unemployment Rate Rises for First Time in a Year
Facebook doubles down on Trump social media ban, Re...
ICE Deportations Fell to Lowest Monthly Level While...
0 Comments
Inline Feedbacks
View all comments