‘F*** you, Chinese people! I hate you!’: Video shows Asian store owner punched in face, knocked to floor by customer

May 7, 2021 Constitutional Nobody Education

Surveillance video caught the moment when an angry customer walked up to Chong Hu Lu, owner of Max Trading in Washington, D.C., and punched him in the face and knocked him to the floor of his business Tuesday, WRC-TV reported.

Lu told the station the customer was upset that opening store items is prohibited. 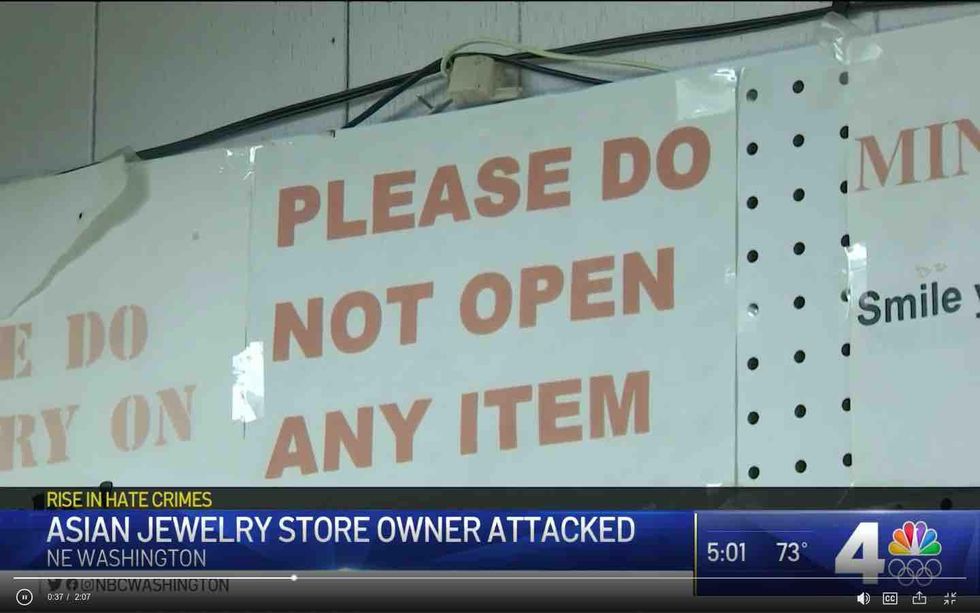 With that, video shows the man approaching Lu and suddenly punching him in the face, after which Lu fell to the floor. 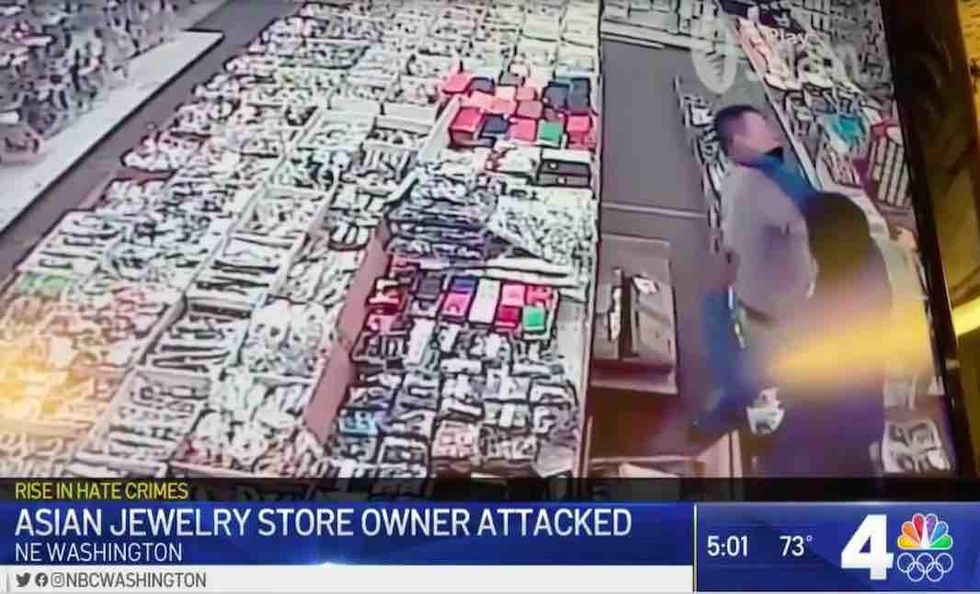 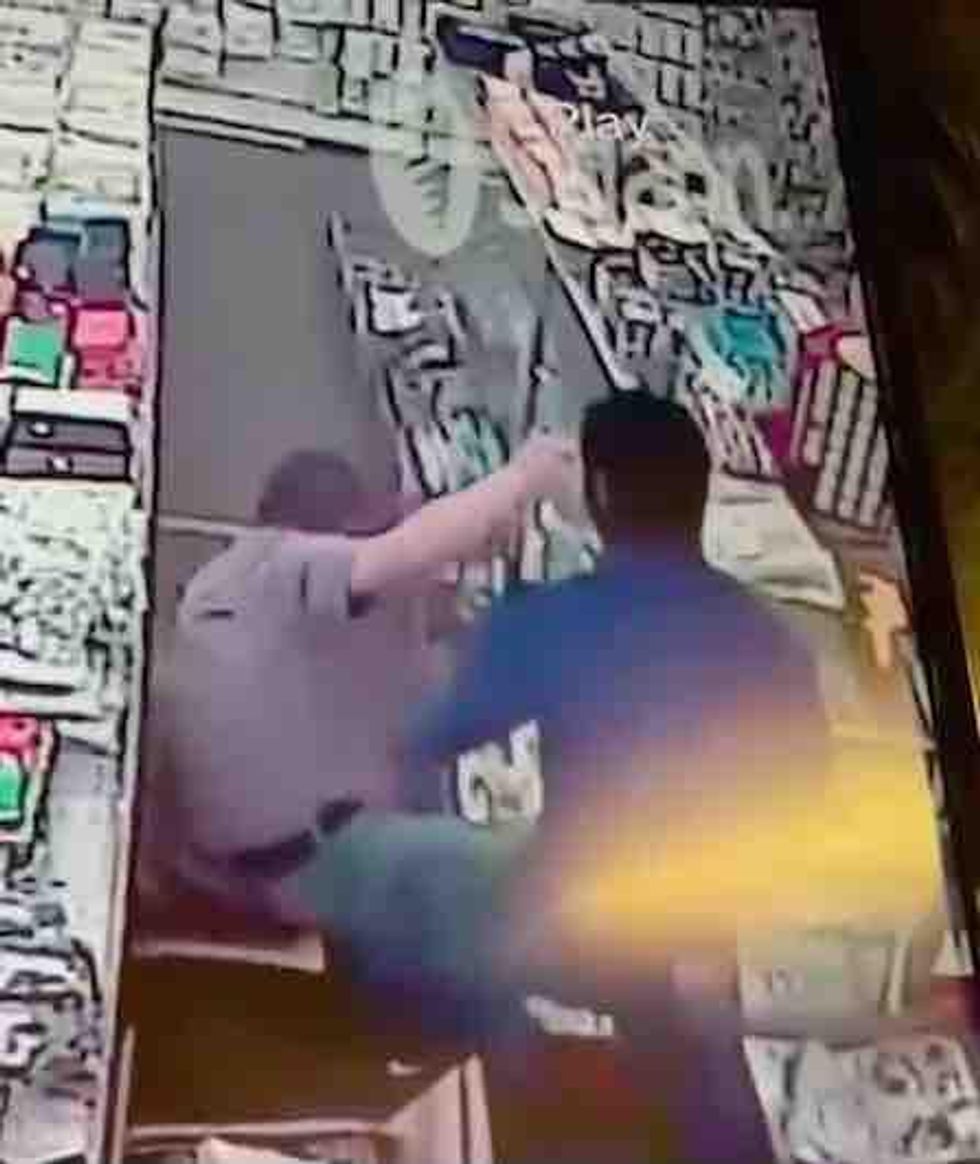 The attacker then appeared to punch Lu again while he was on the ground. 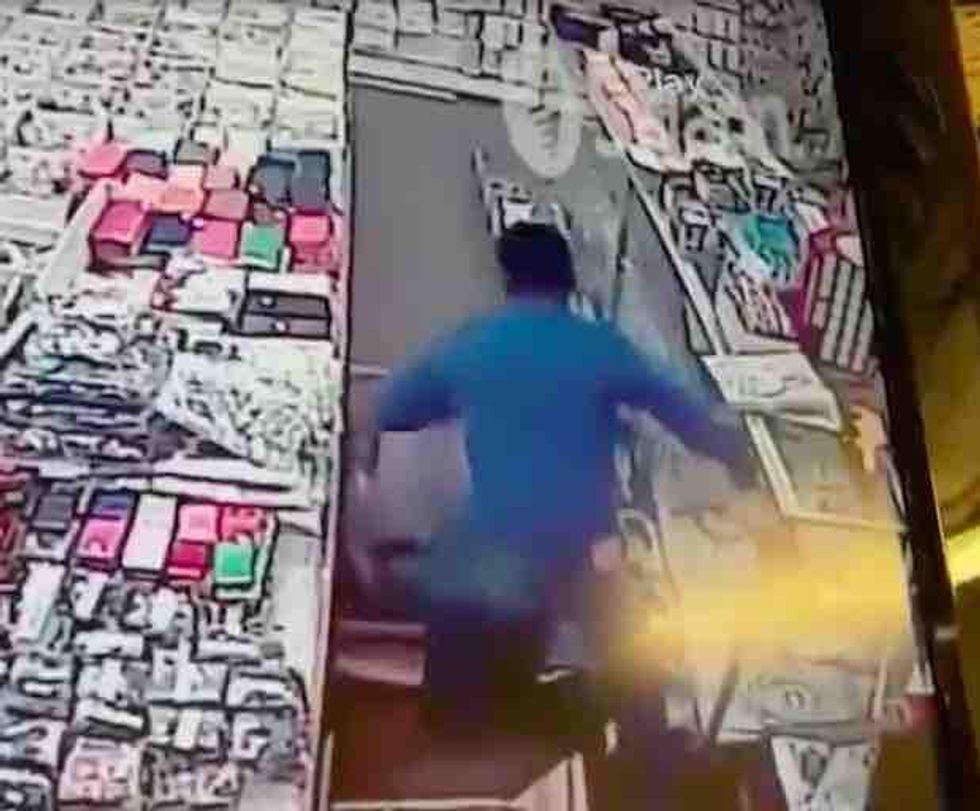 Lu noted to WRC that the customer yelled, “F*** you, Chinese people! I hate you!”

After the punches were thrown, surveillance video shows Lu’s wife Cong Cong Hu stepped in and tried to help, the station said.

Later she told WRC, “I was so scared. What if the guy go crazy, have a gun or knife? I don’t know what would happen, so I’m so scared.”

Lu went to the hospital after the attack and needed 14 stitches, the station said. 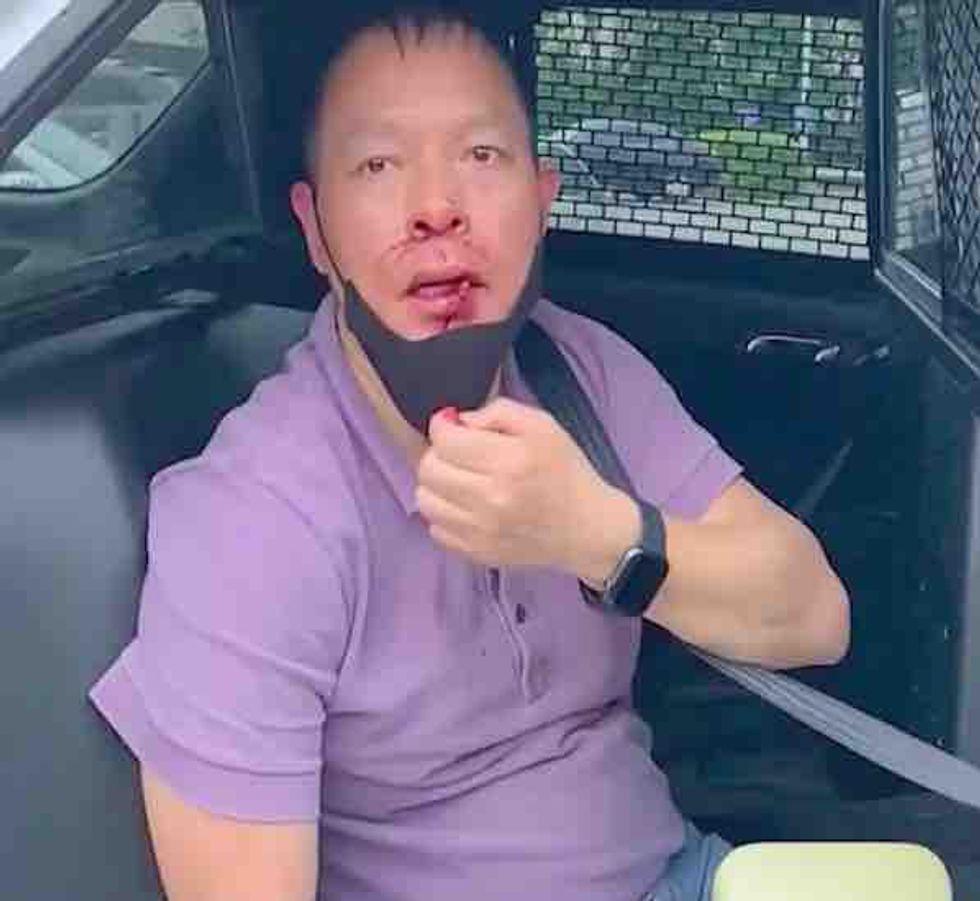 The family told WRC the attacker ran off after the incident and has not been arrested. 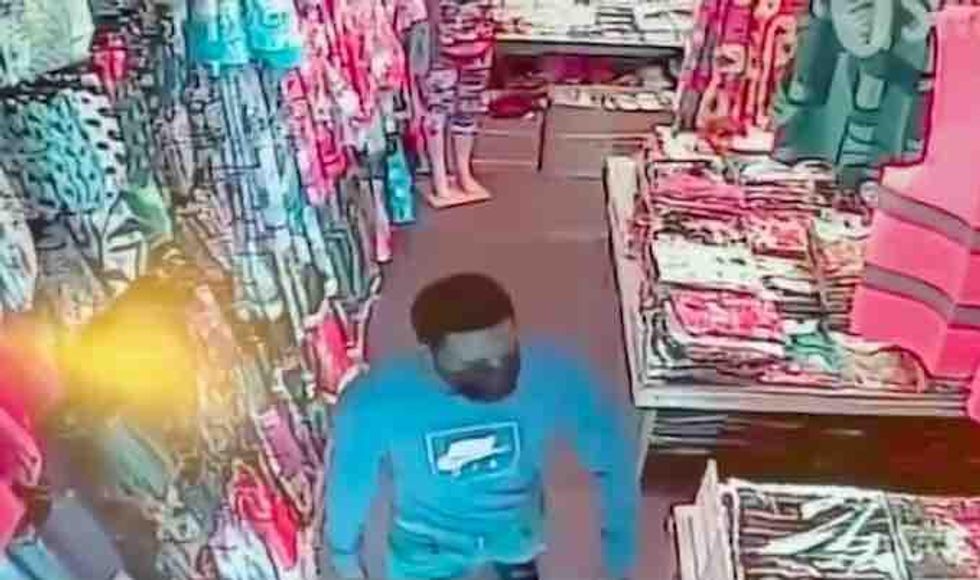 But D.C. police told the station an investigation is ongoing, and that they’re treating the attack as a possible hate crime.

MPD seeks the public’s assistance in identifying and locating a suspect and a person of interest in an Aggravated A… https://t.co/rD9FUQxdde

Lu added to WRC that he hopes police make an arrest and that he’s tired of the attacks upon Asian Americans. 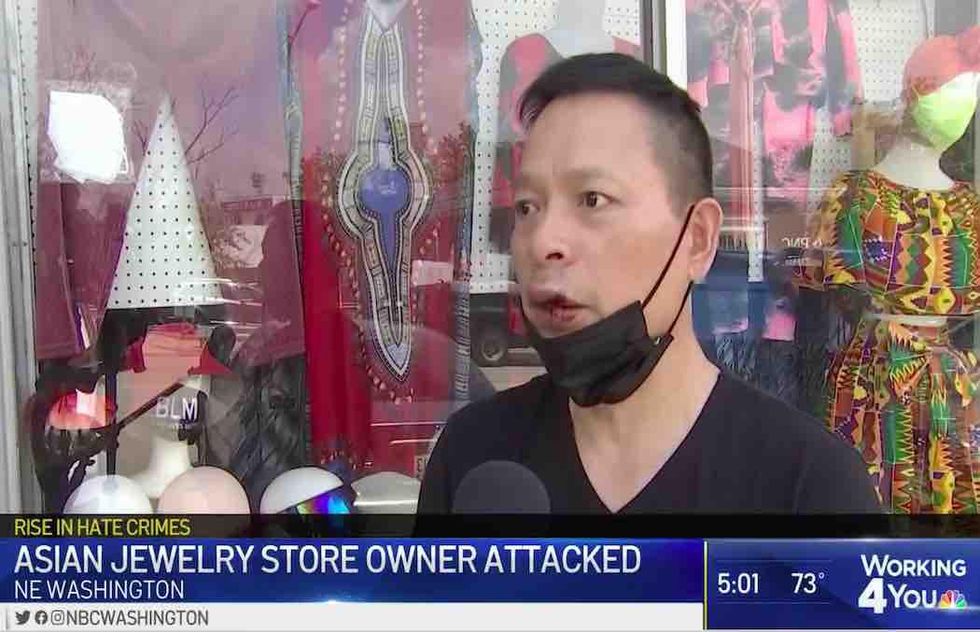 The couple’s daughter told the station that she begged her parents to close the shop the next day for fear of their safety.

But Hu and Lu told WRC they had no choice but to stay open as they have to make a living. The station said Max Trading has been operating for 22 years, and that the family works six days a week, every week, and that the pandemic has made business especially tough. 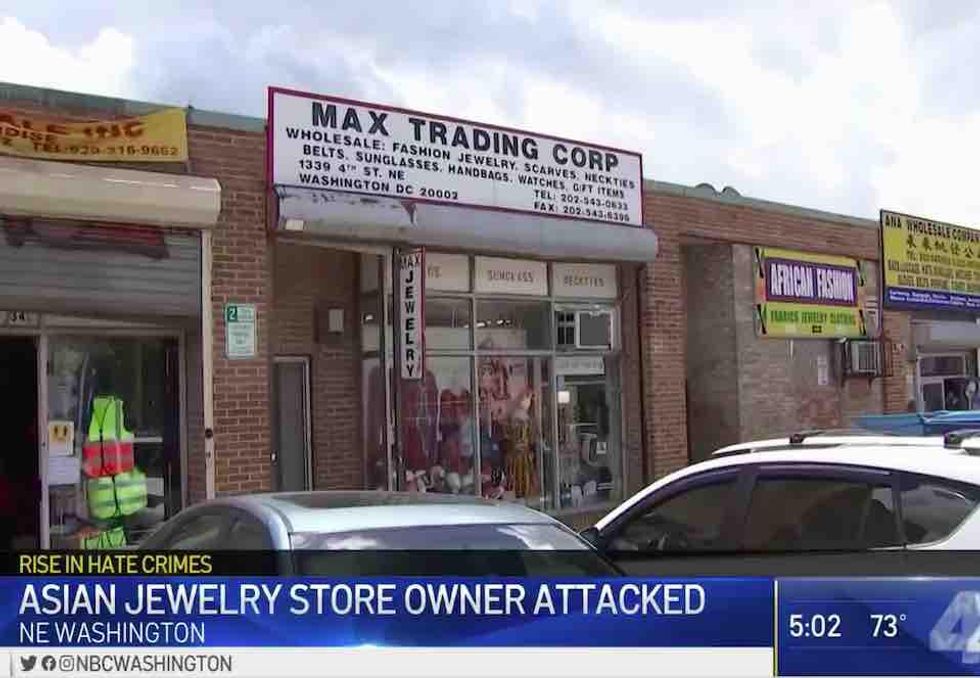 “I just don’t understand,” Hu told WRC. “I couldn’t sleep the whole night last night. Why do they treat us like this? We didn’t do nothing wrong.”