We Need To Talk About Auntie

May 5, 2021 Constitutional Nobody International News

We Need To Talk About Auntie 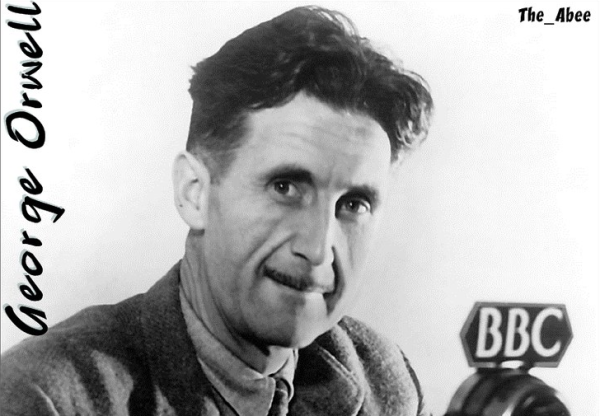 I was fortunate enough to grow up in a household where there was no abuse, neither physical nor emotional. I thank my lucky stars that my parents and siblings weren’t actively trying to undermine or humiliate me. What a truly terrible thing that would be; to have a member of your own family actively trying to hold you back, trying to destroy your confidence or ruin your self-esteem. I have boundless sympathy for people whose childhoods were marred by such trauma.

Imagine, for example, if you grew up in a household where there was a bitter and malignant old Auntie who constantly sat in the corner of your living room and, day after day, bombarded you with bile. An Auntie that just endlessly told you that you and your entire family, your entire nation, your entire race, were somehow guilty and inherently pernicious. Imagine an Auntie that called you racist and bigotted and poisonous at every opportunity; spending all of her time dreaming up new ways in which to brand you and everything you hold dear as disgusting and wrong. An Auntie who hated you, hated the whole family, and who would be overjoyed to see you all fail as spectacularly as possible; waiting with glee to collect your tears.

Well, for those not British, I should explain that a common pseudonym for the BBC is ‘Auntie’. The corporation used to regularly refer to itself in such terms. Auntie’s Bloomers, for example, or Auntie’s Sporting Bloomers.

Auntie, as well as being a self-loathing race-baiter, is also a racketeer. A thief. A gangster. She steals money from the pockets of work-a-day folk who may or may not be able to afford it – to the tune of £159 a year – and will shake you down and prosecute you if you try to resist. “What’s that?” Auntie sneers at the poor, “What’s that you say, you accidentally spent all your money on food and heating bills and clothes for your children? F*** you, pay me… What’s that, you don’t want to pay for the privilege of having anti-white, anti-Western propaganda pumped directly into your living room? F*** you, pay me,” Auntie growls as her wizened hand reaches into your wallet.

This is the very essence of a slave/master relationship. It has shades of sadomasochism about it. Auntie wants to abuse and torture you, wants you to pay for the service, and then wants you to love her, wants you to regard her as a member of your own family, even. What a dirty, subversive, hateful b****.

Auntie never used to behave like this. Until only a few years ago, Auntie was a relatively normal member of the family. She was even friendly, kind, supportive, largely pulling in the same direction as you and your family. But something happened, something changed. Auntie seems to have had her soul removed and her mind replaced with that of a spiteful and pitiless Marxist agitator. A heart-rending and bewildering transformation of character.

So, anyone who isn’t an actual socialist, anyone who doesn’t actively hate Britain, will already be aware of Auntie’s duplicity, her treachery. It must be increasingly difficult even for the most credulous and cowardly of boomers to ignore the constant stream of woke propaganda bombarding their eyes and ears. How many days in a row of being called a racist and sexist homophobe, simply for being white/Western/male, does it take before we stand up and recognise the assault being committed against us?

Going a touch deeper with our analysis than, say, Lawrence Fox or Mike Graham, can we explore beyond just pointing out the grossness?

Let’s ask how and why this has happened. Let’s ask why the government vaguely threatens not to renew the royal charter, but apparently have no real intention of doing so? Why is it that the BBC Trust, the governing body which is supposed to look out for the best interests of the licence fee payers, has allowed Auntie to become a vicious enemy of the majority of dutiful fee payers? Who was in charge when that happened? What were their motivations for doing so? Where do their loyalties lay? Who is in charge now? Who, exactly, has the creative and editorial control over this wave of subversive woke nonsense being jammed down our throats? Who appointed them and why? Surely the Home Office could stop the BBC dead in its tracks, if it so chose. We can only infer that the government, the establishment, the ruling class, are happy with the state of affairs. We can only conclude that Auntie is acting as they see fit.

Let’s start holding individual people accountable for their actions. Let’s start calling out those who bent poor Auntie to their sickening designs, who inverted her, who transformed her into something evil.

That word, evil, is of course highly emotive. It is pregnant with meaning. It should be used rarely, sparingly, only when it really applies. Yet in the case of dear Auntie, I believe it is perfectly apposite. What a despicable thing she is currently engaged in. To pour scorn and derision on white people for being white, to demonise men for being born men, to undermine and ridicule the very concept of Britain and Britishness, to betray the cultural heritage of these islands, to warp the minds of the young. Yes, that is evil.

Auntie has become an undisguised liability. Let’s hold her to account, or failing that, end her entirely.