May 5, 2021 Constitutional Nobody Education 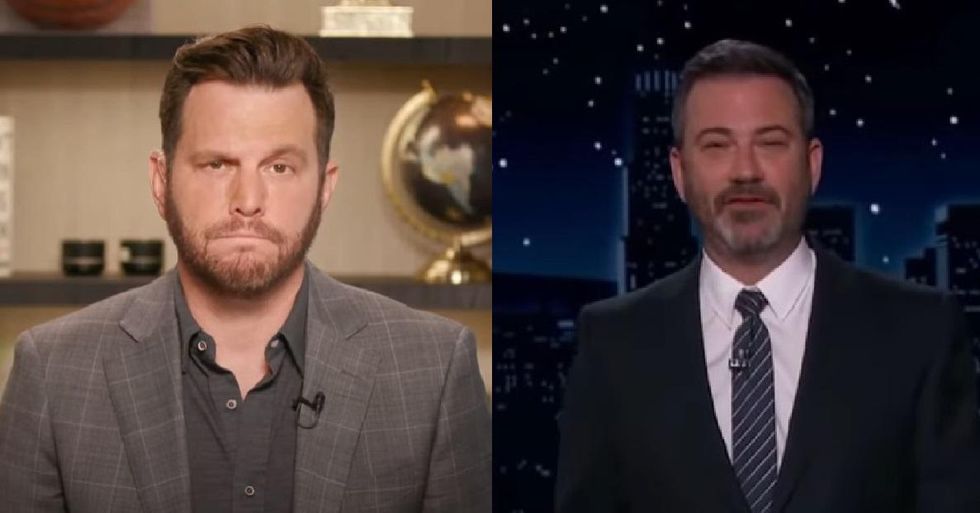 On the latest episode of “The Rubin Report,” BlazeTV host Dave Rubin talks about Jimmy Kimmel’s racist and uninformed remarks after Republican Sen. Tim Scott (S.C.) said America is not a racist country during his rebuttal to President Joe Biden’s address to a joint session of Congress.

Kimmel attempted to smear Sen. Scott and conservatives by implying that the Republican Party is racist because he is the only black GOP senator, apparently without realizing that the Democratic Party has only two black senators.

Dave played a clip of Kimmel taunting Scott by saying, “An amazing thing happened after the speech. Every black Republican senator got together to let the American people know the Republican party isn’t racist … and then Tim promptly returned to the sensory deprivation egg he calls home. Sen. Scott accused Democrats, in his rebuttal, of using race as a weapon, when the truth is we’re more concerned about people using weapons as a weapon. Race would be a terrible weapon. What would you do, melanin a person to death?”

Dave called Kimmel’s blunder “a true indicator of the modern pernicious racism of the left,” adding that the late-night host’s views exemplify the “liberal, elite, modern, woke, progressive, racist view of the world.”

Watch the video clip below to hear more from Dave Rubin:

To enjoy more honest conversations, free speech, and big ideas with Dave Rubin, subscribe to BlazeTV — the largest multi-platform network of voices who love America, defend the Constitution and live the American dream.

Click this link for the original source of this article.
Author: BlazeTV Staff