GOP Congressman Kinzinger Comes Out In Support Of Liz Cheney 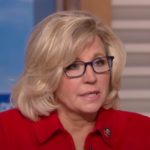 Rep. Adam Kinzinger (R-Ill.), who has established himself as one of the few Republican voices in the U.S. House willing to go against Trump on just about any issue, spoke out in support of Rep. Liz Cheney (R-Wyo.) this week. Cheney, like Kinzinger, voted in favor of the impeachment of Donald Trump on a charge of incitement of insurrection earlier this year after the pro-Trump rioting at the Capitol. More recently, Cheney has faced criticism from fellow Republicans over her refusal to go along with the lie from Donald Trump that the 2020 presidential election was somehow rigged for Biden.

During a Tuesday appearance on Fox, House Minority Leader Kevin McCarthy (R-Calif.) said that he had “heard from members concerned about [Cheney’s] ability to carry out the job as conference chair.” In response, Cheney communications director Jeremy Adler insisted that the controversy is “about whether the Republican Party is going to perpetuate lies about the 2020 election and attempt to whitewash what happened on January 6.” Cheney, Adler added, “will not” help spread the lies, and that, the communications director said, is “the issue.”

Kinzinger agreed with Adler, writing on Twitter as follows:

Meanwhile, former President Trump has continued actively pushing his lies about the 2020 presidential election, claiming just this week that the election was “fraudulent.” No evidence has ever emerged offering any meaningful support for this claim. It’s not an open question. Republicans who claim otherwise are just brazenly refusing to go along with the basic documented reality in front of them.

Cheney has also gotten support from Sen. Mitt Romney (R-Utah), who — like Cheney and Kinzinger — was among the 17 Congressional Republicans who voted in favor of either the initial impeachment or the subsequent attempt at convicting Trump over incitement of insurrection. Romney publicly lauded Cheney on Tuesday for “[refusing] to lie.”

Every person of conscience draws a line beyond which they will not go: Liz Cheney refuses to lie. As one of my Republican Senate colleagues said to me following my impeachment vote: “I wouldn’t want to be a member of a group that punished someone for following their conscience.”

In other news...
Caitlyn Jenner May Be Exactly What California Needs
A Third of Recent ‘COVID Deaths’ in England Not Cau...
INSANE: Dems Redefine Mothers As "Birthing People"
Judge EXPLODES When Lawyer Tries to Use Race as a D...
White House reporters fawn over ‘professional, plea...
Merrick Garland Looks Into Arizona GOP Phony Electi...
0 Comments
Inline Feedbacks
View all comments