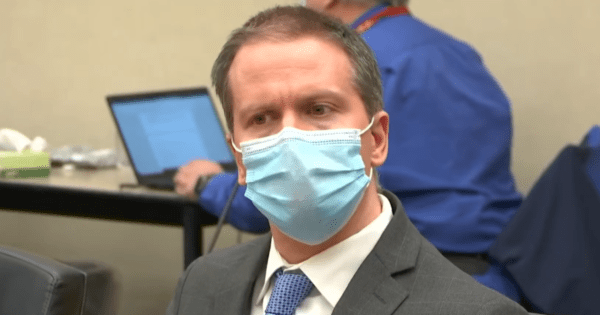 Eric Nelson, the attorney for Derek Chauvin, has filed for a new trial, claiming that the jury that judged he was guilty of murdering George Floyd had been tainted by media coverage.

Nelson filed the request for a new trial on Tuesday, with Chauvin’s lawyer basing the motion on the grounds of misconduct by the jury, along with arguments suggesting that the because jury had not been sequestered, it received what was likely biased coverage from the media as a result, among other allegations.

The motion was filed as questions are beginning to circulate regarding one of the jurors, Brandon Mitchell, who was photographed attending the March on Washington in August last year, wearing a t-shirt that featured a photo of MLK Jr, accompanied by the slogan “Get Your Knee Off Our Necks,” and “BLM.” When interviewed for the jury, Mitchell had said that he had never attended protests on police brutality in Minnesota or anywhere else. It also comes after another juror admitted to the media that she did not want to experience the riots that were largely expected to commence if Chauvin was acquitted.

You can read the motion below:

This is a breaking story, and will be updated.

In other news...
Dr. Fauci is Funding Gruesome University of Pittsbu...
Newslinks for Friday 7th May 2021
Nurses Backed Tories Over Labour by 10 Points
Fury as Law Professor Compares ‘Vaccine Passports’ ...
There Can Never Be Peace With Iran’s Revolutionary ...
Florida Senate passes bill that will fine big tech ...
0 Comments
Inline Feedbacks
View all comments