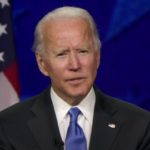 The National Rifle Associate and its former chief executive Wayne LaPierre are in hot water. Both filed for bankruptcy, but New York Attorney General (AG) Letitia James caught onto the scheme to dissolve itself then reconstitute again in Texas. AG James intends to close down the NRA and is going after the millions of dollars LaPierre misspent. She claims that the NRA’s and LaPierre’s bankruptcies were moves to avoid litigation.

The United States Trustee Program is in charge of “the integrity of the nation’s bankruptcy courts,” according to The New York Times. The US Trustee’s Office falls under the Department of Justice’s (DOJ) umbrella. An attorney for the U.S. Trustee’s office, Lisa Lambert, said:

‘[the] evidentiary record clearly and convincingly establishes [former NRA executive Wayne LaPierre] has failed to provide the proper oversight. [For years,] the record is unrefuted that Wayne LaPierre’s personal expenses were made to look like business expenses.’

A Justice Department official called for the dismissal of the NRA’s bankruptcy filing and/or the appointment of an outside monitor to watch the organization’s finances. Some of those misspent dollars went to:

The NRA’s attorney, Gregory Garman, appeared surprised by the U.S. Trustee’s involvement. “I respect [it] immensely,” but politics might be at work here:

‘I’m disappointed that I hear for the first time in closing arguments that the United States Trustee has now taken a position for which I’m expected to respond in real time, but that is what it is. Your honor, we have natural enemies. This Department of Justice may not see eye to eye with the National Rifle Association, but so be it, we have done the right thing.’

A professor specializing in bankruptcy at Georgetown University, Adam Levitin, said that this was a rare move on the part of the U.S. Trustee’s office:

‘The U.S. Trustee rarely gets involved in this sort of motion, much less urges dismissal, a trustee or an examiner.  The N.R.A. is in real trouble. I cannot see an outcome where the N.R.A. comes out unscathed. I think the real issue is what remedy the judge grants.’

An attorney in the U.S. Trustee’s Office said this about former chief executive Wayne LaPierre:

Regarding the charter flights, she said:

‘LaPierre says these are for security, but the evidence says he picked up family. The evidence says that extra stops were not to be noted in the booking records. And the testimony is unrefuted that no N.R.A. policy authorizes charter plane flights.’

Former CFO Craig Spray refused to sign the NRA’s 2019 taxes. Lambert noted that the evidence in the trial showed:

‘[E]ven after the self-described course correction the irregularities were not fixed. The N.R.A. has stated that it is seeking refuge from the New York attorney general’s actions and wishes to change its state of incorporation. That can be done outside of bankruptcy. It is not a legitimate reason for filing bankruptcy.’

In other news...
FBI Amazingly Blunders Hunt for MAGA Protesters in ...
Black Podcast Host Says ‘F**k The Police,’ Kills Of...
Report: If You Like Communism, Move to Hawaii
‘Pierre Delecto” (AKA Romney) Booed Off Stage At Ut...
Mark Levin: Standing Up to Marxism Is the Fight for...
Fishy Bureau of Investigation
0 Comments
Inline Feedbacks
View all comments