Appropriate This! If ‘Cultural Appropriation’ Applied Across the Board? Pretty Boring Life … 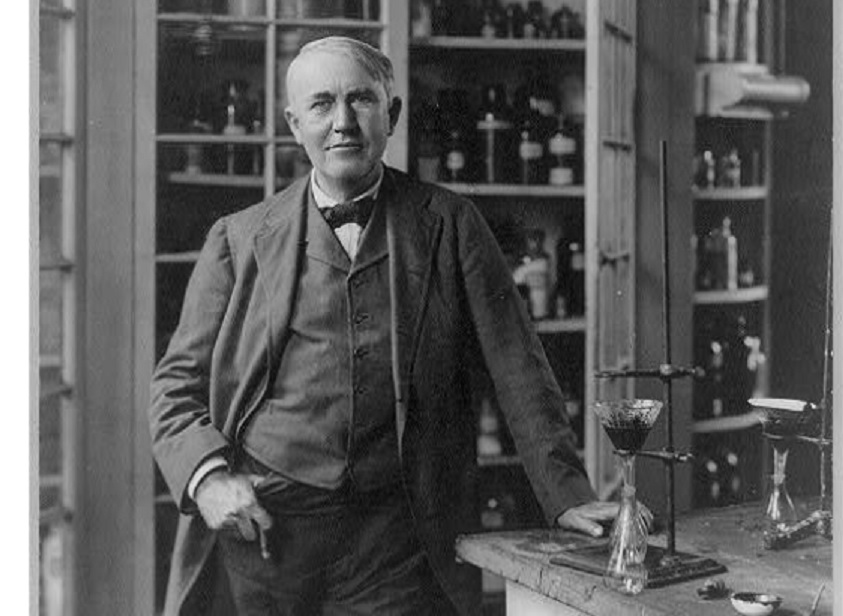 Surge Summary: If “cultural appropriation” is applied against white people, then it seems it needs to apply the other way – which would cause quite a dilemma for lots of people; and make life kind of boring too.

(Trigger warning/disclaimer/butthurt alert….THIS. IS. SATIRE)   Having said that, for the uninitiated, here is the definition of SATIRE: a literary work holding up human vices and follies to ridicule or sarcasm; wit, irony or sarcasm used to expose and discredit vice or folly.   And while we’re at it, here’s the definition of APPROPRIATE: to take exclusive possession of, to set apart or assign to a specific purpose, to take or make use without authority or right;  also APPROPRIATION: something that has been set aside, especially something suitable or compatible.  From the Merriam Webster Collegiate Dictionary, 10th Edition, 1994.

By now, most of you who read my musings are used to my convoluted introductions, but here is my premise.  The Left’s use of the term “cultural appropriation” has gotten to be another way of labeling something racist.  Therefore, if I, as a person of Caucasian persuasion, am no longer allowed to enjoy Mexican food, Asian curry, African drumming or Mongolian throat singing, it’s therefore logical that non-white folks should not be allowed to enjoy or use things associated with white, Anglo-Saxon western culture.  Since those are their rules, shouldn’t they also adhere to them?

What follows is a list of ten things created by white people that, according to “cultural appropriation”, should only be made available to and used only by white people.

Created by Levi Strauss (a German American) and Jacob W. Davis, the riveted denim pants were introduced in 1871 and patented in 1873.   Strauss formed Levi Straus & Co. back in 1853, so he understood a good product when he found one.

This definitely is a creation of western civilization.  John Montagu, the 4th Earl of Sandwich, is credited with popularizing the use of two slices of bread to hold meat in the late 1770s.  Although the use of bread and meat eaten together as a modern wrap made with flat bread, is said to have been used by the ancient Jewish sage Hillel the Elder during Passover.  But the sandwich as we know it today definitely comes from English aristocracy in the 1770s.

Throughout history, people have been fascinated with the possibility of taking to the air.  There are dozens of references of attempted flight by replicating bird wings.  Unfortunately, without knowing proper aeronautic principals at the time, most of those early attempts ended in failure and often death.  It was in 1783 that two French brothers, Joseph-Michel and Jacques-Etienne Montgolfier successfully piloted an early hot air balloon.   By 1846, Englishman Sir George Cayley developed foundational principles of aviation.  Fast forward to 1903, and The Wright Brothers had the first successful powered manned flight at Kitty Hawk.  Since then, we’ve been to the moon and back and are aiming at Mars in the next few decades.  Of course, thousands of skilled designers, inventors, scientists and pilots have contributed to what we now consider as a common mode of transportation.  But it’s through the contributions of western civilization that it all came about.

…and now, for an example of how by appropriating the work of those who came before you, a whole bunch of white folks created something we take for granted….

The entire idea of picture transmission dates back to the first facsimile transmission system in 1843 by Alexander Bain.  This was improved upon by Frederick Bakewell and Willoughby Smith.  In 1844, German university student Paul Julias Gottlieb Nipkow proposed the idea for a disc that could transmit images.  Russian scientist Constantin Persky coined the word “television” in 1900.  By 1907, Lee de Forest and Arther Korn patented the design of an early television system.  The first live demonstration of television was in Paris in 1909 by Georges Rignoux and A. Fournier.  The design of early transmission systems was tweaked constantly throughout the years, until in 1925 Charles Frances Jenkins transmitted the first moving pictures.  Continued experimentation came from Bell Telephone Laboratories as well.   It was American Philo T. Farnsworth who successfully created the first fully functional television transmission and receiving system, including a camera, in 1927.

As with television, there was a long process of refining the work of others in creating something else we take for granted…movies.  Early motion picture technology dates back to the 1880s.  The work of William K.L. Dickson, a Scottish inventor who worked with Thomas Edison, produced a short silent film entitled The Blacksmith Scene in 1893, which was the first film shown for public distribution.  Dickson also did some very early experimental work with sound in movies.

Italian inventor Guglielmo Marconi is credited with the creation of radio as a viable communication medium.  Marconi had no formal education, but studied chemistry, physics and mathematics under several private tutors. In particular, physics professor Vincenzo Rosa helped shape Marconi’s early interest.  Interest in wireless telegraph technologies, and developments by physicists Heinrich Hertz and James Clark Maxwell proved that wireless communication was possible.  At that time, in the late 1880s, radio was regarded as more of a scientific phenomenon, rather than as a means of communication.  Marconi’s work changed all that 1897 when he started The Marconi Company, which became a commercial success.

The word “telephone” dates back to 1796 and was used in conjunction with any long distance speaking device, such as megaphones, a semaphore system using elongated “speaking tubes” and even air horns on sailing vessels.  The first patent for a practical speaking communication device was granted to Alexander Graham Bell in1876.   Since then, the “phone” has gone through a long metamorphosis into what we have now…smart phones used by mostly dumb people.

1886 is regarded as the start of the modern automobile when German inventor Karl Benz patented his first Benz Patent-Motorwagen.  However, as far back as 1672, steam power was being experimented with as means of creating a self-propelled vehicle.  Nicolas Joseph Cugnot, a French military engineer, created the first completely self-propelled vehicle for the French army in 1769. It was basically a stem powered tricycle.  He also went on to create steam powered tractors for the French Army.  Very humble beginnings indeed considering all this lead to Henry Ford practically being responsible for America’s obsession with cars.   (But once again, another fine example of white people appropriating the work of other white people in order to create something.)

WiFi, which stands for wireless fidelity or sometimes known as a wireless local area network, had its technical birthplace in The Netherlands.  Corporations such as NCR and A T &T were some of the first to recognize the commercial viability of the system.  Although there is a long list of technical professionals who worked on the implementation of WiFi, the technical groundwork was the creation of Austian-Jewish actress Heddy Lamar.  She was the inventor and co-patented the frequency hopping spread spectrum technology, first used in missile guidance systems, that became the basis for the development of WiFi.

No, I’m not gonna make the somewhat obligatory snide remake about former V.P. Al Gore inventing the internet.  Even I won’t stoop that low for a laugh.  The idea of a “global network of information” goes back to 1900 with Nikola Tesla’s idea of a world wide wireless system.  In the 1960s, J.C.R. Licklider of MIT provided a workable schematic to interconnect computers.  The first prototype came later in the ’60s with the creation of ARPANET, which was funded by the U.S. Depart Of Defense.  This first system was bulky, slow, and would crash with little or no input.  But, as those problems were incrementally overcome, from these humble sluggish beginnings, we now have the Internet we all know (and sometimes loathe…), basically controlled by a bunch of rich white guys.  (Jack Dorsey of Twitter; Steve Jobs, Steve Wozniak and Ronald Wayne, of Apple; Mark Zuckerberg of Facebook; and Larry page and Russian born Sergay Brin of Google.)

As I said earlier, if we white folk are expected to play by the rules of “cultural appropriation”, then so should all non-whites.  Therefore, that means that if you’re not white, you can no longer….

drive a car or fly

use any type of phone…and…

you can no longer listen to the radio, watch TV or see a movie, and forget about using WiFi anywhere because you’re no longer allowed on the Internet…and for that matter, none of you can have electric lights because they were the invention of Thomas Edison in 1879, nor can you read printed material because you are culturally appropriating the work of German Johannes Gutenberg who in 1450 created a printing press that was more commercially viable for mass producing printed material than anything before it.  And I haven’t even tried to discuss medicine and science.

So, according to the rules of cultural appropriation, snowflake….let me just wish you a happy and somewhat boring life.

My newest project “Salt 2: Trophy Hunting For Unicorns”, has been out for a few weeks now.  As with a lot of things that happened last year, the project’s release date was held up due to the duplicating plant being closed because of Wuhan Kungflu restrictions.  Nonetheless, it is now available through our merch page at https://jdfsalt.bigcartel.com, and also from Rottweiler Records.  Check out Rottweiler Records on their Facebook page as well as my page at www.facebook.com/DeGroffProjects. Plus, we also now have a YouTube channel to help promote the new project.  We just started it, but it will have short interviews with the musicians involved, discussions about the recording process and the instruments used, and some odd and unique moments to check out in the future.  Heres’ the link:

https://www.youtube.com/channel/UCmJ3_hnZ2hZ2kU6rdRJkrKQ  As always, thanks in advance for your support!

John DeGroff is the original bass player for the Christian rock band Petra. He currently plays for the band GHF which is comprised of other original members from Petra. DeGroff has extensive experience as a freelance music journalist and newspaper reporter as well as an on-line music reviewer. He is a member of the Gospel Music Hall of Fame and lives in Warsaw, Indiana where he is employed as a care giver for mentally challenged adults.

The post Appropriate This! If ‘Cultural Appropriation’ Applied Across the Board? Pretty Boring Life … appeared first on DailySurge.

In other news...
Kayleigh McEnany: We have an 'epidemic' in mainstre...
Form for Employees Whose Employers Are Requiring Co...
FBI Obtains ‘Second Steele Dossier’ Of Weird Trump ...
Biden Considers Mandating COVID-19 Vaccines For The...
New Study Reveals That Stay-at-Home Orders Backfire...
REPORT: Republican Party Leadership Is Turning On A...
0 Comments
Inline Feedbacks
View all comments