May 4, 2021 Constitutional Nobody Featured

Launches StopDOJ.com to end political prosecutions by the Justice Department

“America is worth fighting for. Our basic constitutional liberties including the Fourth and Fifth Amendments have been eviscerated by the administrative state at the Justice Department that has been put on steroids by President Joe Biden and Attorney General Merrick Garland. Citizens of the United States have a right to the presumption of innocence, a right protecting them from the government engaging in malicious prosecutions against political opponents and to be free from the surveillance state snooping into personal business with no probable cause.

“In light of recent actions by the Biden administration including the Alaska, which fortunately did not end up in gunfire and death as happened with Breonna Taylor, it’s time that Congress wake up regardless of party and stand against executive branch abuses of power and the ongoing politicization of federal law enforcement agencies.

“That is why Americans for Limited Government has launched StopDOJ.com. If the executive branch becomes a hit squad to go after the president’s political opponents, then there will be no more liberty. After all, the Bill of Rights and subsequent amendments prescribe that the federal government should protect individual liberties from any government encroachment. When it comes to individual rights, there can be no compromise.” 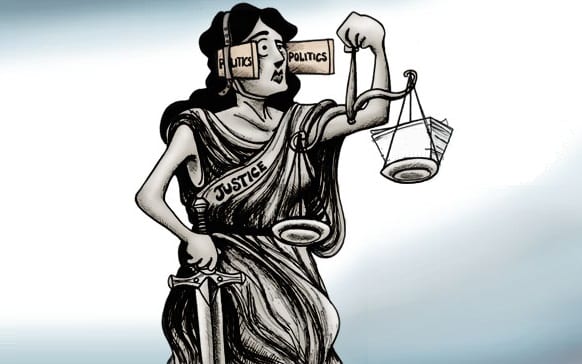 Click here to go to StopDOJ.com to take action against government abuses of civil liberties.

The post ALG calls on Congress to stand up against Biden DOJ civil rights’ abuses appeared first on Americans for Limited Government.

Click this link for the original source of this article.
Author: press

This content is courtesy of, and owned and copyrighted by, https://getliberty.org and its author. This content is made available by use of the public RSS feed offered by the host site and is used for educational purposes only. If you are the author or represent the host site and would like this content removed now and in the future, please contact USSANews.com using the email address in the Contact page found in the website menu.

In other news...
Elon Musk's influence on Crypto currency
Where should we send your free Don't Blame Me, I Vo...
Biden Nixes Annual ‘Rolling Thunder’ Event
Market Talk – May 6, 2021
Biden’s DOJ To Interfere With Forensic Audit Of Mar...
Former VP Of Pfizer Drops Terrifying Bombshell On V...
0 Comments
Inline Feedbacks
View all comments