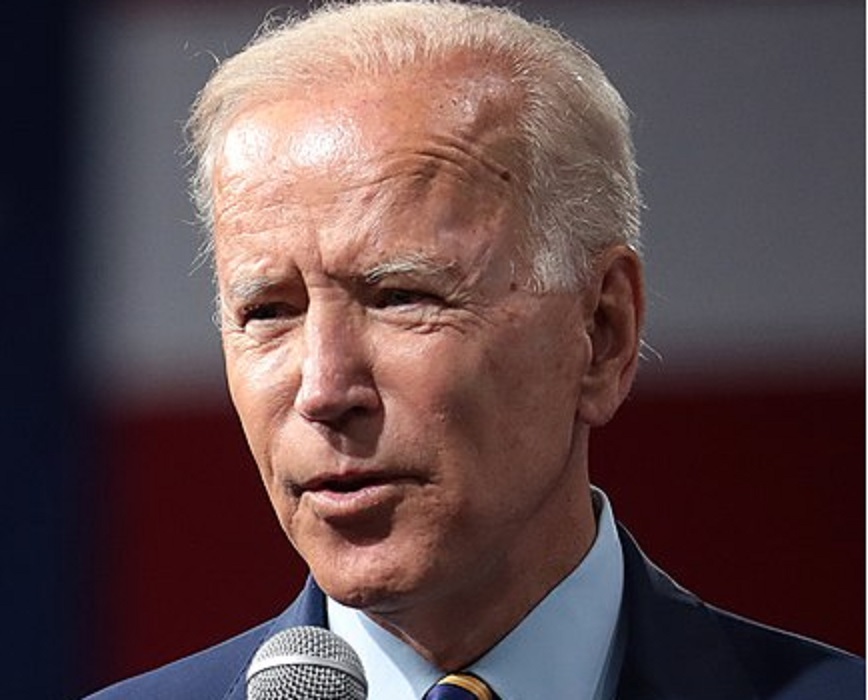 Surge Summary: While Americans are called to respect the office of President, the recent comments of Joe Biden attacking the entire nation as “systemically racist” make it tough to respect him personally. His accusations are false. They need to be called out as such.

“What men build with their gifting, they destroy with their character.”

Jesus directs us to discern the fruit of a person’s life (Matt. 7:16). At 100 days, in a state of obvious cognitive decline, Joe Biden, who was a moderate, law and order, pro-life politician, has become the most liberal, radical president in U.S. history.

Radical socialist Alexandria Ocasio-Cortez celebrated these disturbing developments declaring that he has “exceeded expectations for progressives” seeking to transform America.

Stay with me. I’m not being unkind but honest and hopeful multitudes will be jolted into the brutal reality of what’s going on.

A few days ago I was privileged to have an almost 3-hour lunch with a former speechwriter for President Ronald Reagan. Imagine crafting a speech alongside “the Gipper” intended to convey a patriotic love for America and our legacy of freedom.

For those unfamiliar with the passion of the iconic statesman who was called the “Great Communicator,” recall Reagan’s respect for our great nation.

“Freedom is never more than one generation away from extinction. We didn’t pass it to our children in the bloodstream. It must be fought for, protected, and handed on for them to do the same, or one day we will spend our sunset years telling our children and our children’s children what it was once like in the United States where men were free.

“You and I have a rendezvous with destiny. We’ll preserve for our children this, the last best hope of man on earth, or we’ll sentence them to take the last step into 1,000 years of darkness.”

It’s been said that you communicate what you know, but you impart who you are. Contrast the above with the inflammatory, suspicion-sowing statement from Biden following the Floyd verdict in Minneapolis.

Instead of seizing the opportunity to rightfully pay tribute to America, our system of justice and honor the outstanding work of the judge and jury in a fair trial celebrating due process and meticulous investigation envied by much of the world, Biden engaged in a shameful indictment of our nation insulting hundreds of millions of Americans. Former Speaker of the House and statesman, Newt Gingrich was stunned by his reckless rhetoric.

What Did Biden Say?

“It was murder in the full light of day, and it ripped the blinders off for the whole world to see the systemic racism the Vice President just referred to—the systemic racism that is a stain on our nation’s soul; the knee on the neck of justice for Black Americans; the profound fear and trauma, the pain, the exhaustion that Black and brown Americans experience every single day. … tackle systemic misconduct in police departments, to restore trust between law enforcement and the people they are entrusted to serve and protect.”

These words were a slap in the face to millions of Americans as he trashed the United States of America before the entire world. This was something so reprehensible it stunned scores of onlookers. It was unprecedented and, in fact, never in our history has a sitting president blatantly insulted America as he did.

I was no fan of Obama but will credit him that while in office, he never directly lambasted the people of America, although he did make some dubious and nuanced statements at times. He was careful and measured with what he said in his esteemed position of president of the United States. Granted, since he’s left office, he’s made some provocative statements in engagement with Trump.

Millions were rightfully offended by Biden’s official White House address. This man with one sweeping statement included all of us in the “progressive” anti-America movement’s communication of the false and dangerous narrative of “systemic racism.” His remarks were unwarranted, unfair and absolutely untrue! In America, like in every nation, there are some people who have racist attitudes toward minorities and people of different skin color or ethnic backgrounds, but it is not true as Biden asserted that every part of America’s society is permeated with racism.

Who Did He Harm?

Joe Biden’s reckless assertions hurt America’s reputation in the eyes of a watching world. They adversely affect the upcoming generation as children and young people are impressionable and easily misled. And they give aggressive adversaries like China, Iran and Russia ammunition to further propagandize against us using Biden’s own words.

— Every one of the 80,000 Americans serving and protecting us in law enforcement who are increasingly disrespected and demonized because Biden and race-baiters repeatedly communicate a false narrative that police are racists hunting down and wantonly killing unarmed Blacks in America. I heard a survey this week where those polled believe a thousand Black Americans are shot by police each year!

The facts (registered even in the leftist leaning Washington Post database) prove there is no widespread epidemic of “cop killers” amidst America’s 80,000 police. In 2019, 26 unarmed white Americans and 12 Black Americans were shot by police in the line of duty. In 2020, 24 unarmed whites and 18 Blacks were fatally shot out of 340 million Americans. How many were violent? Had knives and threatened officers? Resisted arrest? Were criminals, not “children,” and were crazed on drugs?

— Biden cast aspersions on every public servant in Congress, suggesting they are either unable or unwilling to work to eradicate racism when it’s identified.

— He also denigrated every single one of millions of upstanding American citizens who are not racist but committed to loving their neighbor, looking out for the welfare of others and respecting all people because they are created in the image of God and worthy of dignity and respect.

I’ve ministered for over 50 years and traveled throughout this great nation, residing in 10 different localities. In my experience, the overwhelming majority of people are not racist but respectful of others. I contribute nothing to racism or attitudes of white supremacy and personally resent anyone lecturing me to the contrary!

Proverbs 26:1 cautions about giving honor to those who are foolish rather than wise. I submit that what Biden did on the world stage after the Floyd verdict was not just foolish but disgraceful and dishonest. His uncalled for, derogatory remarks shaming America were unprecedented for a sitting president in the history of our republic.

Sometimes people say to us, “Trust me!” But trust isn’t given; it’s earned. The same is true with respect. Regarding the presidency, I always respect the office and pray daily for the person in that office (1 Tim.2:1-3), but exercising discernment, we should withhold respect for a person if their character is lacking, their conduct is unrighteous and their competence suspect.

When Biden stood at the podium, was he a puppet-like pawn of the leftist, anti-America progressive movement? In his diminished state of cognitive decline, is it possible he was clueless to the seriousness of what he was communicating before the entire global community?

The man who stood before us 100 days ago and in his Inaugural speech said he was going to “unify” and “bring us together” is polarizing us horribly. He’s partnering with the radical Democrat progressives intent on replacing traditional America with a secular, socialistic system of centralized government control. The key to their strategy is to continue hammering a fallacious narrative of an evil, racist America that can only be rescued and rebuilt by following a savior-like Biden and his power-hungry socialist cohorts.

Dr. Ben Carson, devoted Christian and Cabinet member in the Trump administration, was so grieved by this episode that he pled for Biden and his colleagues to “stop driving stakes of division into everything!”

Tony Perkins, respected president of the Family Research Council, said while he continues to pray daily for Biden, he acknowledged that he will pray for this administration to be “confused” and in “conflict” while promoting such an unbiblical agenda.

I encourage you to read the commentary, “Should We Pray for Favor, Blessing and Success for the Biden Administration?”, to further equip you on this extremely important theme.

Here’s the Deal: While we remain steadfast in proclaiming the gospel and praying for God’s merciful intervention in these dark days, may all of us be unwavering in refuting deception and distancing ourselves from all that is unrighteous. “I do not sit with the deceitful, nor do I associate with hypocrites. I abhor the assembly of evil doers and refuse to sit with the wicked” (Ps. 26:4-5, NIV).

The post Joe Biden’s Disgraceful Attack on America Makes It Tough to Respect Him appeared first on DailySurge.

The headline says “tough to respect him”. Try impossible to respect him. If the scale of respect went to negative numbers, The Child Sniffer in Chief, Resident Biden, would receive negative 100 respect. I shall remain at zero respect for his idiot partisan lefty self.