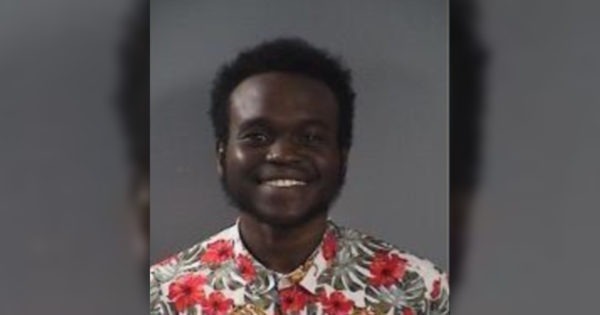 Mazin Mohamedali, a 20-year-old Black Lives Matter activist in Iowa who may still lead a local Black Lives Matter affiliate that orchestrated protests last year, was arrested by police after they say he lied to them about a man who was murdered in his home in February. Police also say they discovered 42.5 ecstasy pills and nearly two ounces of pot inside the home.

Local media reports that the original arrest related to the murder of another man, Quincy Russom, who was murdered inside Mohamedali’s apartment home. Cassandra Fairbanks reported for The Gateway Pundit that “Police believe that Russom was killed during a suspected robbery, but Mohamedali gave false descriptions of the people involved with the killing, lied when questioned by police, and withheld information that would have led police to the murderer sooner” and “The criminal complaint against him also says that he deleted his call history and Snapchat app following the shooting.”

When arresting him giving false information, lying, and withholding information, “police found 56.13 grams of marijuana inside his closet, as well as 42.5 ecstasy pills,” per KWWL. “Mohamedali is facing two counts of controlled substance violation and failure to affix a drug stamp, as well as one count of keeping a drug house.”

KWWL notes that Mohamedali was a leader of the Iowa Freedom Riders last year, and may still be leading the group. Mohamedali was arrested last year after protests organized by his Black Lives Matter affiliate group turned violent, with police saying that Mohamedali violated his probation. Rioters, led by Mohamedali, “tore down a $5,000 fence outside the Old Capitol Museum,” according to The Gateway Pundit.

All but one of the charges levied against him were eventually dropped as part of a plea deal in which Mohamedali pleaded guilty to a misdemeanor and was sentenced to time served. He was previously on probation for second-degree robbery.