May 1, 2021 Constitutional Nobody US News 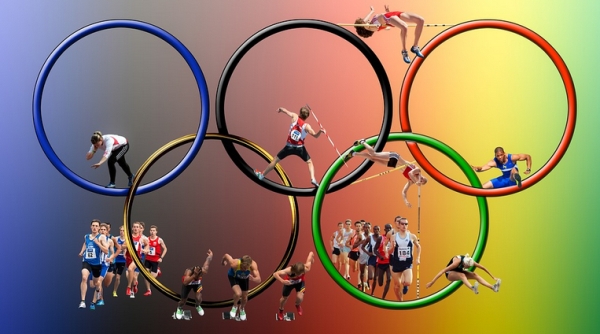 The White House is standing by its decision not to pursue a diplomatic boycott of next year’s winter Olympics in Beijing despite new pressure from a human rights group and key senators urging all U.S. officials to skip the games. Doing so, these advocates say, would send a message to the world that the persecution of China’s Uyghur Muslim population will not be ignored.

A National Security Council spokesman told RealClearPolitics on Friday that the U.S. still has no plans to discuss a diplomatic boycott with allies and partners. Ned Price, a State Department spokesman, had signaled an interest earlier this month in pursuing such a step, which would allow U.S. athletes to participate in the games but bar U.S. lawmakers and other government officials from traveling there, but he quickly walked it back just days later.

The message out of Beijing has been anything but subtle. Chinese Foreign Ministry officials have repeatedly warned that there would be a forceful response if the U.S. attempts to organize an international rebuke of China at the Olympics. And a spokesman for the Foreign Ministry issued a clear warning during a Thursday press conference, predicting that such actions would backfire.

A boycott “distorts facts and confuses right and wrong,” Wang Wenbin told reporters. “It hypes up the China-threat theory and talks about full strategic competition with China. It grossly interferes with China’s affairs and reeks of Cold War and zero-sum mentalities.”

The statements come amid growing international pressure on the communist regime over its persecution of the minority Uyghur population. The Chinese government has forced an estimated 1.8 million Uyghur Muslims in China’s northwest region of Xinjiang into labor camps over the last several years amid widespread reports of torture and sexual abuse. Last summer the Wall Street Journal and the Associated Press uncovered disturbing new evidence of forced sterilizations and aborted pregnancies – aimed at reducing the Muslim population.

More alarming evidence emerged this week that the Chinese government is harvesting organs from interned Uyghurs in much the same way it has done for decades against the Falun Gong, another persecuted religious minority in the Asian nation. In releasing its annual report Thursday, the U.S. Commission on Religious Freedom, or USCIRF, said there’s “credible reports” of the Chinese government expanding the organ harvesting to the Uyghur population. (USCIRF is government body formed to provide policy recommendations to Congress and the executive branch to help protect religious freedom around the world.)

“Initially, they started with the Falun Gong. Now they are reportedly expanding this practice to the Uyghur prisoners,” said Nury Turkel, a USCIRF commissioner who is of Uyghur descent. “They are even promoting marketing of the organs to other Muslim-majority countries.”

Another USCIRF leader accused China of exerting pressure on international companies, including American businesses, to disregard human rights abuses in order to continue doing business in the country.

One day before President Biden’s inauguration, the Trump administration announced its determination that China’s persecution of the Uyghurs and other minority groups should be official recognized as attempted genocide. In the first weeks of Biden’s presidency, it was unclear whether the new administration would share its predecessors’ alarms and actions on this issue. But in late March, Secretary of State Antony Blinken issued a statement saying China “continues to commit genocide and crimes against humanity in Xinjiang.” And Biden addressed the concerns head-on, announcing joint sanctions against several Chinese officials in a coordinated effort with the European Union and Canada. Beijing retaliated with sanctions of its own.

USCIRF has made curbing the Uyghur persecution one of its top priorities over the last few years. Last week, the commission issued its annual religious freedom report and once again recommended the State Department redesignate China as a “country of particular concern” for violating religious freedom rights. It urged the administration to act decisively and “publicly express concerns” about Beijing hosting the Winter Games and threaten to pull any participation by U.S. officials “if the Chinese crackdown on religious freedom continues.”

After USCIRF released its recommendations, Sen. Mitt Romney, who served as the president of the 2002 Salt Lake City Winter Olympics, added a provision to a previously introduced Senate bill that would bar any U.S. government funds from being spent to send lawmakers or other U.S. officials to the games.

Romney earlier this week said it is “disgusting” that the International Olympic Committee has provided Beijing a platform to host the world despite committing genocide against its own people. He called the IOC’s accommodation of China’s actions “jarring and outrageous.”

The White House is feeling pressure to do more to punish China not only when it comes to the Olympics, but also regarding the  administration’s own refugee policies. The president was already facing a backlash among Democratic lawmakers and some Republicans for waffling on his commitment to roll back the Trump policy of limiting refugee resettlement in the United States and instead quadruple the number allowed into the country each year.

Two weeks ago Sens. Marco Rubio, a Republican, and Chris Coons, a Democrat, both senior members of the Foreign Affairs Committee, introduced the Uyghur Human Rights Protection Act, a bill that would allow Uyghurs targeted for persecution in China to be eligible for refugee processing in the United States. It also encourages U.S. allies and partners to implement similar policies.

“To effectively compete with China, we must be the best version of ourselves, including by living our values and welcoming those who have been unjustly imprisoned in or forced to flee Xinjiang,” said Coons, a close ally of Biden’s.

In 2020, religious freedom conditions in China continued to deteriorate, the USCIRF report found. “The government intensified its targeting of religions perceived to have foreign connections, such as Christianity, Islam, and Tibetan Buddhism,” the document said.

“The authorities also continued their unprecedented use of advanced surveillance technologies to monitor and track religious minorities, and the Measures on Managing Religious Groups became effective in February, further constricting the space in which religious groups can operate.”

In particular, USCIRF singled out the abuse of religious freedoms in the Xinjiang Uyghur Autonomous Region, where authorities have been holding hundreds of thousands of Uyghurs in a sprawling network of internment camps since early 2017.

“Authorities reportedly have sent millions of Muslims to these camps for wearing long beards, refusing alcohol, or exhibiting other behaviors deemed signs of ‘religious extremism,’” the report said, chronicling a number of disturbing practices – including torture, rape, sterilization, and other abuses.

As international scrutiny and condemnation of the persecution grows, it’s still unclear what the U.S. and its allies can do to convince Beijing to stop. Another open question: Whether the U.S. government should increase taxes or impose other penalties against U.S. companies, such as Disney, that have done business in Xinjiang, or others, such as Nike, that continue to manufacture products in the area, which U.S. officials believe could be the work of forced Uyghur labor.

“Some of these American companies are benefiting from that forced labor while at the same time preaching social justice here in the United States. The hypocrisy [is] pretty strong,” Tony Perkins, another commissioner, remarked.

Michael Auslin, a fellow in contemporary Asia at Stanford University’s Hoover Institution, said it’s difficult to say how the U.S. can most effectively work to stop the persecution because the U.S. has never been so “interdependent with a country whose values and actions are so radically opposed to both our values but also international standards.”

Another complicating factor is just how difficult it is to trace goods made from forced labor that then cross borders for sale elsewhere. And as the U.S. works to economically decouple itself from China in the aftermath of the COVID pandemic that originated there, having fewer business ties to the country could actually reduce the U.S. leverage to stop or curb the repressive policies.

“There’s no playbook for this,” Auslin told RCP. “… We’re going to be asking these questions for the next generation.”