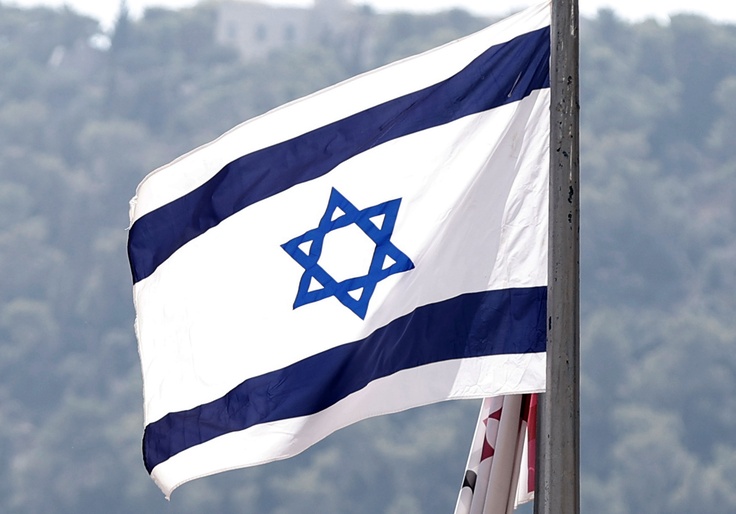 A bipartisan coalition of more than 315 lawmakers is pressing their colleagues on the House Appropriations Committee to guarantee that Israel receives $3.8 billion in U.S. security assistance to help it combat pressing threats from Iran and its terrorist proxy groups in the region—a call that comes as top Democratic lawmakers such as Sen. Elizabeth Warren (D., Mass.) advocate conditioning aid on the Jewish state relinquishing land to the Palestinians.

As negotiations over the sprawling 2022 federal budget begin, the lawmakers want to ensure that aid to Israel is not reduced. They also urge Appropriations Committee members to approve the aid without conditions that are favored by many left-leaning Democrats, including withholding aid if Israel does not agree to strict restraints on how it conducts anti-terrorism operations.

The Democratic Party’s progressive flank has long pushed for the United States to condition aid on Israel making a series of land concessions that it says endanger its security. Warren, for instance, became one of the most high-profile Democrats to back this approach when she came out earlier this week in support of “restricting military aid from being used in the occupied territories,” a term routinely applied by the anti-Israel community to refer to Israel’s presence in contested areas.

“Reducing funding or adding conditions on security assistance would be detrimental to Israel’s ability to defend itself against all threats,” the lawmakers, led by Reps. Ted Deutch (D., Fla.) and Michael McCaul (R., Texas), both senior members of the House Foreign Affairs Committee, wrote in a letter sent Thursday to leaders on the House Appropriations Committee, a copy of which was obtained by the Washington Free Beacon. “Congress is committed to maintaining Israel’s qualitative military edge and its ability to defend itself, by itself, against persistent threats.”

U.S. aid to Israel has increasingly become a political football. While aid to the Jewish state historically received broad bipartisan support, Democratic lawmakers have been more willing to question the security assistance in recent years. Besides Warren, Rep. Betty McCollum (D., Minn.), a supporter of the anti-Semitic Israel boycott movement who sits on the Appropriations Committee, introduced legislation last week that would significantly restrict aid to Israel. McCollum claimed the legislation, which is backed by a host of leading anti-Israel groups, is meant to stop “the military detention and abuse of Palestinian children.”

Thursday’s bipartisan letter sends a clear message that McCollum, Warren, and those who share their views still remain in the minority. Mainstream Democrats and Republicans will continue to fight for a robust U.S.-Israel military relationship, the lawmakers say.

“This letter clearly demonstrates that Republicans and Democrats in Congress stand together in opposing conditions on our security assistance to Israel,” McCaul said in a statement. “The United States stands with our friend and ally Israel in promoting our shared national security goals abroad. We remain committed to providing Israel with the necessary security aid to protect itself.”

Deutch also made clear that Congress continues to prioritize Israel’s security, particularly as Iran and other terrorist entities threaten the country’s borders.

“There should be no doubt of where Congress stands in our support for Israel’s security after an overwhelming majority of Democrats and Republicans signed on to support full funding of security assistance to our closest Middle East ally,” said Deutch, who chairs the Middle East, North Africa, and Global Counterterrorism Subcommittee.

Congress overwhelmingly approved a multi-year Memorandum of Understanding (MOU) with Israel in 2016 that guarantees a certain amount of funding for security programs. The fiscal year 2022 budget is supposed to include $3.3 billion in foreign military financing and $500 million for missile defense programs under the MOU.

The lawmakers maintain this money is critical to ensuring that terrorist groups like Hezbollah do not wage an assault on Israel. Hezbollah, they note in their letter, has “an arsenal of over 130,000 rockets and missiles” and is currently assessed “to be developing new precision-guided munitions to be deployed in Lebanon.”

U.S. aid to Israel, they add, “makes the region a safer place and bolsters diplomatic efforts aimed at achieving a negotiated two-state solution, resulting in peace and prosperity for both Israelis and Palestinians.”

In other news...
Planned Parenthood Should Have Been Prosecuted for ...
Live: Derek Chauvin trial continues with closing ar...
BREAKING: Department Of Homeland Security Insider L...
Police appeal for witnesses after stabbing in Stepn...
Another Possible Side Effect Of COVID Vaccines: Her...
‘Heroic’ Warsaw Ghetto Uprising Remembered With Per...
0 Comments
Inline Feedbacks
View all comments