Just a day before knife-wielding Ma’Khia Bryant’s shooting death, a 13-year-old girl reportedly stabbed another 13-year-old to death. There were no cops in sight. 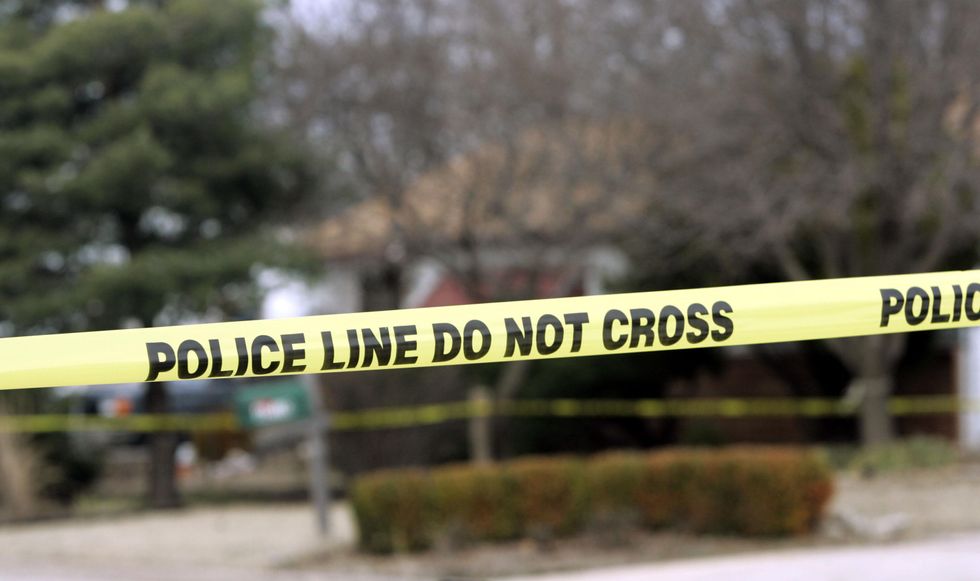 A Columbus police officer fatally shot Ma’Khia, who was reportedly attempting to stab two other girls during a Tuesday altercation.

In the case of 13-year-old Nyaira Givens, no police officers were on the scene to stop the fatal attack, and she bled out in her father’s arms instead.

According to reports, an unnamed 13-year-old girl stabbed Nyaira in the neck on Monday during an attack that her father said was the end result of bullying.

Documents obtained by the Cincinnati Enquirer said, “During a verbal dispute, (the teen) pulled out a pocket knife and cut the victim on the right side of her neck causing her death.”

Though she was immediately rushed to the Cincinnati Children’s Hospital, Nyaira succumbed to her injuries.

Her heartbroken father, Maurice Jackson, said that he held her as she died.

“I held her,” Jackson recalled in remarks to
WLWT-TV. “I watched her as she died. I watched her, you know? All I could do was just hold her, hold her. I tried. I tried to stop the bleeding.”

Jackson expressed regret that he wasn’t able to do more to save his daughter from her tragic death.

“Just tried my best to protect her and be the father I could be, you know?” he added. “I guess I didn’t pay attention to all the other stuff that was going on around her. She was a great daughter. A great friend. All of the above. Until the end.”

Jackson concluded, “The pain I’m feeling right now, it’s just, I can’t explain it. It’s very unexplainable. She should be burying me. I shouldn’t be burying her.”

In a statement, Cincinnati Public Schools
said, “We are devastated by this tragedy. Our mental health support teams are actively supporting our school community at this time. We also have additional crisis teams in place to support our students and staff, if needed.”

Heather Chura Smith of Hamilton County Juvenile Court
said that the latest attack falls in line “with that trend that we’ve seen locally.”

“That uptick of violent offenses,” she added.

What about the suspect?

According to WLWT, police said that the 13-year-old suspect is being held at the Hamilton County Juvenile Detention Center and faces murder charges.

She
appeared in court on Wednesday, according to the station, where she was “emotional.”

“The teen could be seen wiping tears while getting words of encouragement from her mother,” the station reported.

The teen’s public defender, Kelly Rice-Hunt, implored a magistrate to release her to her mother’s care.

“Your honor, I know these are very serious, as serious they get, charges, however these are allegations at this point,” Rice-Hunt said. “We’re asking if the court would consider releasing her on EMU back to her mother. She’s only 13. She goes to Aiken. She has absolutely no record, she’s an A student.”

Prosecutor Joseph Prem responded that the teen should remain incarcerated until her next court date, which is scheduled for May 3.

“The nature of the offense itself poses an inherent danger to the community as seen manifestly, we have a deceased victim in this case,” Prem said. “Beyond that, we don’t believe the home is a suitable place to release her on EMU. My understanding from examining the record is her mother is not the legal custodian of this child.”

The magistrate declined Rice-Hunt’s request and ordered the teen held until the May court date.

The Cincinnati Enquirer reported that in the last 12 months, at least 477 juveniles have been either assaulted or killed in Cincinnati.

From the Enquirer’s report:

In the past several years, Cincinnati Police have launched programs to help Cincinnati’s children who have been experienced violence or other trauma. Children In Trauma Intervention Camp (Citi Camp) starts in June and is open to youth ages 10 to 12. The department’s “Shoot this, not that” program uses photography to give children a creative outlet.

Councilman Greg Landsman said that such tragedies are “on all of us.”

“It’s gut-wrenching and tragic, and a reminder of what’s happening with way too many of our children,” Landsman said, according to the report. “We either invest in them and opportunities and the hope that real opportunities bring, or we don’t. At the moment, we just don’t invest in our children the way in which we should.”