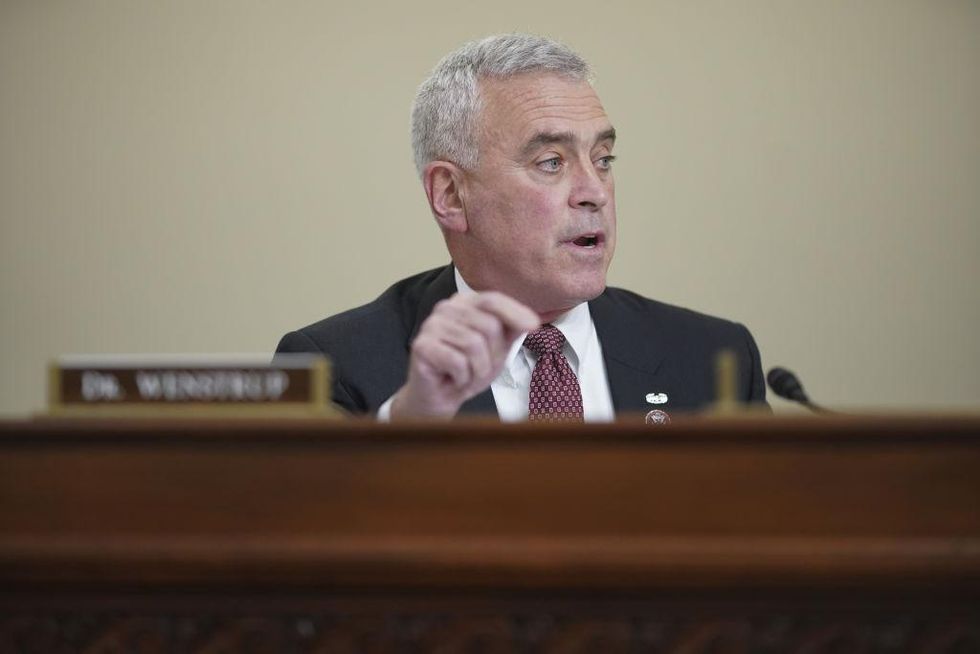 Rep. Brad Wenstrup (R-Ohio), a lawmaker who was at the scene of an attempted massacre of GOP politicians at a baseball field in 2017, revealed that the FBI designated the case “suicide by cop,” a characterization he disputed.

Speaking during a House Intelligence Committee hearing held last Thursday that featured testimony from FBI Director Christopher Wray, Wenstrup criticized the FBI’s findings, noting that other federal law agencies determined the attack was politically motivated. He said that FBI agents privately briefed members of Congress about the shooting on Nov. 16, 2017.

“Much to our shock that day, the FBI concluded that this was a case of the attacker seeking suicide by cop,” Wenstrup said, according to Politico. “Director, you want suicide by cop, you just pull a gun on a cop. It doesn’t take 136 rounds. It takes one bullet. Both the DHS and the [Office of the Director of National Intelligence] published products labeling this attack as a domestic violent extremism event, specifically targeting Republican members of Congress. The FBI did not.”

Scalise underwent multiple surgeries and weeks of recovery before returning to Congress.

Hodgkinson, 66, died of injuries at the scene after the attack. He was later discovered to be a supporter of democratic socialist Bernie Sanders’ campaign for president with a troubling history of violence and abuse. A behavioral review of Hodgkinson published by the U.S. Secret service noted that he “openly shared his anti-Republican views with friends, family, and others; attended protests; wrote letters to his local paper expressing discontent with economic inequality and taxes,” though he “never made a threat” against any public officials.

The FBI has never publicly disclosed its conclusions on the attack. In a June 21, 2017 update on its investigation, the bureau noted the gunman’s support for left-wing causes and candidates and reported its findings that Hodgkinson had made no threats against Republican lawmakers prior to the attack.

The district attorney’s office in Alexandria, Virginia, called the shooting “an act of terrorism” in its report.

In a supplemental letter to his testimony, Wenstrup wrote that the FBI’s private “suicide by cop” conclusion “defies logic and contradicts the publicly known facts about the perpetrator and the attack.”

“The shooter had an extensive social media record highlighting his hatred of President Trump and Republicans. He had a list of names — including Republican Members of Congress — in his possession. Before carrying out his attack, he asked if the Members at the baseball field were Republicans or Democrats. Furthermore, the shooter’s operational movements during the attack demonstrate his murderous intent,” Wenstrup wrote.

He requested that Director Wray order the FBI Counterterrorism Division to review the investigative findings, interview all relevant witnesses, and provide an update on how the FBI reached its “suicide by cop” conclusion to Congress.

“Although the agents were not part of that investigation, they did not agree that this was suicide by cop and it’s my firsthand opinion that this was an attempt at assassination of many Republican members of Congress,” Wenstrup said.