April 21, 2021 Constitutional Nobody US News 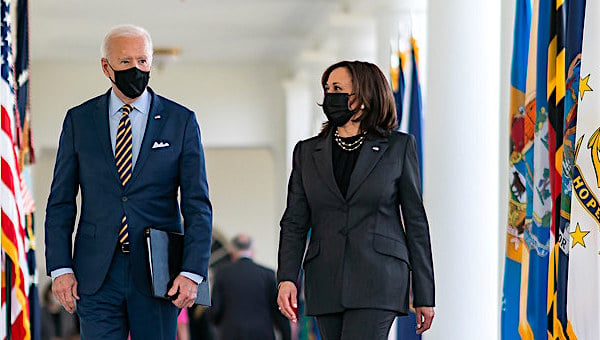 One day after former Minneapolis police officer Derek Chauvin was convicted of murder in the death of George Floyd, the Biden Justice Department announced it has opened a civil investigation of “systemic” issues in the Minneapolis Police Department.

Attorney General Merrick Garland said the guilty verdict Tuesday in the death of the 46-year-old black man “does not address potentially systemic policing issues in Minneapolis,” a city run by Democrats for the past six decades.

Garland didn’t use the term “systemic racism,” but President Biden did Tuesday in his remarks on the Chauvin verdict. Biden said the Chauvin case ‘ripped the blinders off for the whole world to see the systemic racism” that is “stain on our nation’s soul — the knee on the neck of justice for black Americans — profound fear and trauma, the pain, the exhaustion that black and brown Americans experience every single day.”

The attorney general, in an interview Tuesday with ABC News, declared racism is an “American problem” and the nation does “not yet have equal justice under the law.”

On Wednesday, Garland told reporters he was “announcing that the Justice Department has opened a civil investigation to determine whether the Minneapolis police department engages in a pattern or practice of unconstitutional or unlawful policing.”

He said the investigation will be staffed by attorneys from the Justice Department’s civil rights division and the U.S. Attorney’s Office for the District of Minnesota.

Garland said the probe will determine whether the MPD “engages in a pattern or practice of using excessive force” and assess its “current systems of accountability” for accused officers.

The Justice Deptartment, he vowed, “will be unwavering in its pursuit of equal justice under law.”

A similar investigation, of the Philadelphia Police Department, was conducted in 2015 by the Justice Department under President Barack Obama and Attorney General Eric Holder. 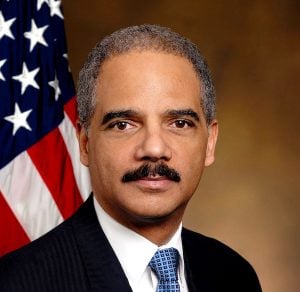 That finding has been confirmed by many national studies. In 2016, for example, a Washington State University study found that police officers are three times less likely to shoot unarmed black suspects than unarmed white suspects, the Washington Post reported.

Holder’s Justice Department also investigated the fatal shooting of Michael Brown by a white police officer in Ferguson, Missouri, in 2014. The DOJ confirmed a grand jury’s decision not to indict officer Darren Wilson, concluding the iconic “hands up, don’t shoot” claim was false.

Biden: Blacks ‘wake up’ afraid of being killed by police

Kmele Foster, a black political analyst, said Tuesday on “Fox News Primetime” it was “absurd” for Biden to claim say black people are “perpetually afraid” of being murdered by police.

Biden said black Americans “wake up knowing that they can lose their very life in the course of just living their life.” 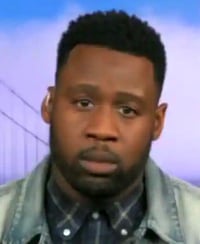 He said law enforcement is involved in an extremely small number of shootings in comparison to their civilian interactions.

The shootings that do occur matter, he said, but we’re not being serious if “we’re ignoring the actual circumstances that genuinely make people afraid to leave their houses,” citing the spike in murder rates in many cities.

“I am very concerned about many of the ways that we’re talking about race, and the various cases in which it seems to be disconnected from the facts,” he said.

Foster said that nearly one year after the death of George Floyd, there is still no evidence “that if he were a white man and all other things were equal, he would be alive today.”

“There just isn’t. And that is absolutely critical for us to keep in mind,” Foster said.

Bob Woodson, an activist during the Civil Rights era, addressed the claim of “systemic racism” in an interview Tuesday night. He charged that Black Lives Matter and leaders such as Rep. Maxine Waters, D-Calif., and Rev. Al Sharpton are pushing a false narrative that “amounts to treasonous behavior” against black Americans.

He said these black leaders are using race to deflect attention from their failed policies. 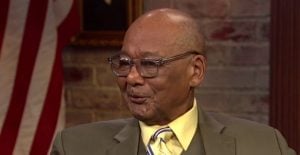 “If racism were that pervasive, the question is, why on the last 50 years are low income blacks failing in systems run by their own people?” he told Fox News’ Laura Ingraham.

“Now the police are being thrown under the bus as an extension of white supremacy, and, again, it presents a convenient excuse for why their policies are not working,” he said.

“And so that’s really to conceal their incompetence, but they’re also weaponizing race and using for it political purpose at the expense of low income blacks, and they’re ignoring real remedies.”

Woodson said there’s no attention or support for initiatives such as his “Voices of Black Mothers,” which met with police in Birmingham, Alabama, after one woman died and five other people, including a 4-year-old, were shot in an attack by black men in a park.

Ingraham asked Woodson to comment on a street interview by a black MSNBC reporter earlier Tuesday with a white man who said the death of George Floyd helped him realize for the first time his “white privilege.”

“Two groups that annoy me most are self-flagellating, guilty white people and … rich, angry entitled blacks, who profit off of the misery of their people,” he said.

The success of the latter, he said, is “contingent on having people fail.”

At the White House on Wednesday, press secretary Jen Psaki was asked about the fatal shooting of Ma’kiyah Bryant by a Columbus, Ohio, police officer shortly before the Chauvin verdict was announced.

A bodycam video released by the police department shows Bryant brandishing a knife as she attacked another woman. But Psaki did not mention that fact.

“The killing of 16-year-old Ma’kiyah Bryant by the Columbus police is tragic. She was a child. We’re thinking of her friends and family and the communities that are hurting and grieving her loss,” she said. “We know that police violence disproportionately impacts black and Latino people in communities, and that black women and girls, like black men and boys, experience higher rates of police violence.

She said the focus of the Biden administration is “to address systemic racism and implicit bias head on and, of course, to passing laws and legislation that will put much-needed reforms into place in police departments around the country.” 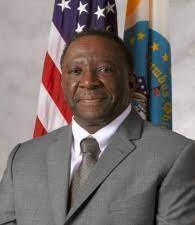 “As we breathed a collective sigh of relief today, a community in Columbus felt the sting of another police shooting as @ColumbusPolice killed an unarmed 15yo Black girl named Makiyah Bryant. Another child lost! Another hashtag.

At a news conference Wednesday in Columbus, Ned Pettus, the city’s public safety director, who is black, urged everyone not to “rush to judgment.”

Pause and consider what would have happened, he said, if the officer had not intervened.

“Fast facts should not come at the cost of complete and accurate facts,” said Pettus.