Biden and his administration keep claiming that recent Police actions prove Police are Racist, where is the evidence? 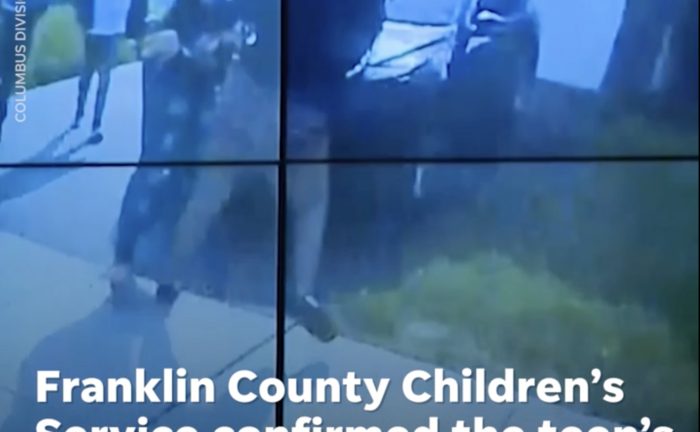 Today, a jury in Minnesota found former Minneapolis Police Officer Derek Chauvin guilty on all counts in the murder of George Floyd last May. It was a murder in the full light of day, and it ripped the blinders off for the whole world to see the systemic racism . . .

Joe Biden, “Remarks by President Biden on the Verdict in the Derek Chauvin Trial for the Death of George Floyd,” The White House, April 20, 2021.

With regard to the police shooting of a 16 year old girl in Columbus, Ohio, the White House released this statement:

But in Chauvin’s trial absolutely no evidence was offered that Chauvin was a racist. In the other case, body camera footage, released Tuesday night, revealed that sixteen-year-old Ma’Khia Bryant was fatally shot by a police officer while she was charging another girl with a knife. The officer shot one black girl in an attempt to save what appears to be another black girl’s life.

So how to either of these events prove the White House’s claims of racism?

And there’s evidence that blacks aren’t really all that fed up with police. A July 2017 Quinnipiac University poll in New York City found that blacks strongly support the cops in their own neighborhoods — 62 percent approved compared to just 35 percent who disapproved. That approval rating was 11 percent higher than for the New York City Police Department as a whole. It makes sense that people only know their local cops, but rely on media reports to form impressions about theparts of thecity they are less familiar with.

Through extensive research, we found 2,699 police shootings across the nation from 2013-2015. That’s far more than the FBI found, since its data is limited to only 1,366 cases voluntarily provided by police departments.

The FBI data has other problems, too: It disproportionately includes cases from heavily minority areas, giving a misleading picture of the frequency at which blacks are shot.

Our database keeps track of characteristics of both the suspect and the officer involved in each shooting, local violent crime rates, demographics of the city and police department, and many other factors that help determine what causes police shootings.

Officers kill Blacks at a higher rate than their share of the population: 25 percent of the suspects killed were black, 45 percent white, and 16 percent Hispanic. But that isn’t true where the deaths are occurring. Black suspects tend to die in heavily black larger cities with populations averaging over 600,000 (overwhelmingly run by Democrats), while whites are killed in smaller cities with an average population of 250,000.

White suspects were slightly more likely to be holding a firearm than blacks (63% to 61%). Black and white suspects where both equally likely to be involved in violent crime when they lose their lives, though blacks who died were more likely to be involved in drug or property offenses. But police generally have more challenging jobs in cities where blacks are killed.The average city where blacks are killed had a61 percent higher violent crime rate and 126percent highermurder rate than where the average white was killed.

The data offered some advice for reducing these attacks. Usually when more police are present at the scene of a confrontation with a civilian, suspects face reduced odds of being killed. For each additional officer, there is about a 14 to 18 percent reduction in the suspect’s chances of being killed.

Officers feel more vulnerable if they are alone at the scene, making them more likely to resort to deadly force. Also, suspects may be emboldened and resist arrest when fewer officers are present.

It is a dangerous fiction that prejudiced white officers are going out and disproportionately killing black men. But that doesn’t mean that measures can’t be taken to reduce shootings by police. The most obvious step would be to increase the number of officers, in an effort to avoid forcing lone, vulnerable officers to make life-or-death decisions.

The post Biden and his administration keep claiming that recent Police actions prove Police are Racist, where is the evidence? appeared first on Crime Prevention Research Center.

Click this link for the original source of this article.
Author: johnrlott This content is courtesy of, and owned and copyrighted by, https://crimeresearch.org and its author. This content is made available by use of the public RSS feed offered by the host site and is used for educational purposes only. If you are the author or represent the host site and would like this content removed now and in the future, please contact USSANews.com using the email address in the Contact page found in the website menu.
In other news...
Objections to The Prosecution’s Closing Arguments I...
Major Powers Respond to Israel’s State Terrorism Ag...
Neighbor says officer in Ohio had 'no choice' but t...
BLM Complains Black Communities Being ‘Terrorized A...
“You can believe your eyes:” Closing Arguments Comm...
Advancing the Right to Life on Your Campus | Trent ...
0 Comments
Inline Feedbacks
View all comments