DOJ Knew Epstein Abused Girls ‘As Young As 12 But Younger The Better’ For Years, Refused To Act 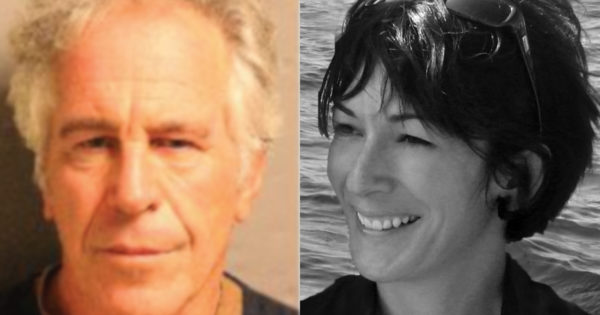 The US Department of Justice knew that Jeffrey Epstein and Ghislaine Maxwell were trafficking girls “as young as 12 but younger the better” for many years but failed to take action, newly unsealed documents show.

“Today, the DOJ published records unsealed by court order in the Ghislaine Maxwell case. These included a motion and numerous exhibits detailing what the FBI/DOJ – and in particular, the Southern District of New York – knew about the criminal activities of Jeffrey Epstein and Ghislaine Maxwell back in 2016.”

“Recall that Epstein was given a sweetheart deal back in 2007. Notes from a meeting in 2016 – read the document here – reveal that a “US Attorney has said [Epstein] could be prosecuted elsewhere.” They failed to act for years, however,” reported Technofog at substack.com

The notes also indicate that there were naked pictures of girls on Maxwell’s computer. Another revelation from the documents suggest that Epstein was tipped off on the search warrant of his home in Palm Beach.

“Collage of photos included nude girls incl. clients. Epstein tipped off. All computers were gone,” the notes read. The victim apparently wanted “prosecution,” but neither the DOJ or FBI took any action.

“As young as 12 but younger the better,” the damning notes continue. Thailand is mentioned along with a note that Maxwell had handwritten notes with girls names.

The full report can be found at substack.com

Back in mid-March, National File reported that the Daily Beast and Radar Online posted then soon deleted a story claiming that longtime Bill Clinton affiliate Doug Band spoke with prosecutors for the Southern District of New York about Jeffrey Epstein’s “Pedophile Island.” National File reached out to the organizations for an explanation, but received no response.

Very shortly after the stories were published, they were quickly deleted from the websites. However, National File was able to retrieve this portion of the Daily Beast article from Google’s cache:

“Bill Clinton’s former body man and aide has cooperated with the federal investigation into the former president’s ties to Jeffrey Epstein and Ghislaine Maxwell, Radar Online reports. Doug Band, normally reticent to speak about his former boss, spoke with prosecutors for the Southern District of New York around December 2020 about the millionaire sex trafficker and his alleged madam, according to the site. Band made frequent appearances on Epstein’s flight manifests in the early 2000s, at one point traveling with his alleged girlfriend Naomi Campbell to the financier’s private island Little St. James, known locally as “pedophile island.” He also accompanied Epstein and Clinton on lengthy trips through Africa and Asia. Band has claimed he urged the Clintons to cut ties with Epstein and Maxwell for years, but photos as recently as 2007 show him partying with the pair. Virginia Roberts Giuffre, one of Epstein’s many victims, named Band in a 2016 court filing as one of 70 people who would have knowledge of Epstein’s and Maxwell’s alleged sex trafficking.”