The following article, Chelsea Clinton Wants Tucker Carlson Banned From Facebook (and She’s Making Up What He Said), was first published on Flag And Cross.

Perhaps Chelsea Clinton does it just to get attention, and I feel bad for her in a way. After all, her mother never cared about anything more than becoming president, and her ex-President father wants to sleep with almost every woman within arm’s reach. It’s no surprise that he appointed Andrew Cuomo to his cabinet during his administration. On the other hand, one would think by now, a supposedly bright woman like Chelsea Clinton should realize that every time she says something stupid, she will be attacked by the part of America that doesn’t worship the Clinton name. Perhaps she isn’t really bright. Maybe her intelligence is just another fake story by the mainstream media. Her latest unAmerican act of stupidity is calling for Facebook to ban Tucker Carlson because of what she thinks he said about COVID Vaccines. Chelsea wants Tucker Carlson banned

Chelsea Clinton regularly publicly supports the Facebook page of her father, Bubba Clinton, even though he has been accused of sexual harassment and rape by at least 15 women. But she wants the social media giant to ban the wildly popular Fox News host, Tucker Carlson, because she’s a vaccine advocate or something, and she falsely thinks Tucker was spreading disinformation about the vaccine.

Hey Chelsea, based on Bubba’s history, I shudder to think what he may be spreading (STD?).

During a Tuesday evening segment, Tucker Carlson spoke about the confusion “medical experts” have spread mixed messages about COVID from the very onset of the pandemic continuing through today.

Unfortunately, the only video that I could find of Tucker’s Tuesday monologue does not have the remarks that Chelsea Clinton found objectionable, but you’ll get the context.

Tucker Carlson on the medical establishment’s horrible messaging regarding vaccines and the whole point (or so we thought) – a return to normalcy.

“Does that tell us that Tony Fauci believes that vaccines are ineffective? He seems to think that.” pic.twitter.com/Ns7YFGowwt

It was just after this that Carlson said The Thing That Must Not Be Said, “If the vaccine is effective, there is no reason for people who have received the vaccine to wear masks or avoid physical contact. So maybe it doesn’t work, and they’re simply not telling you that.” 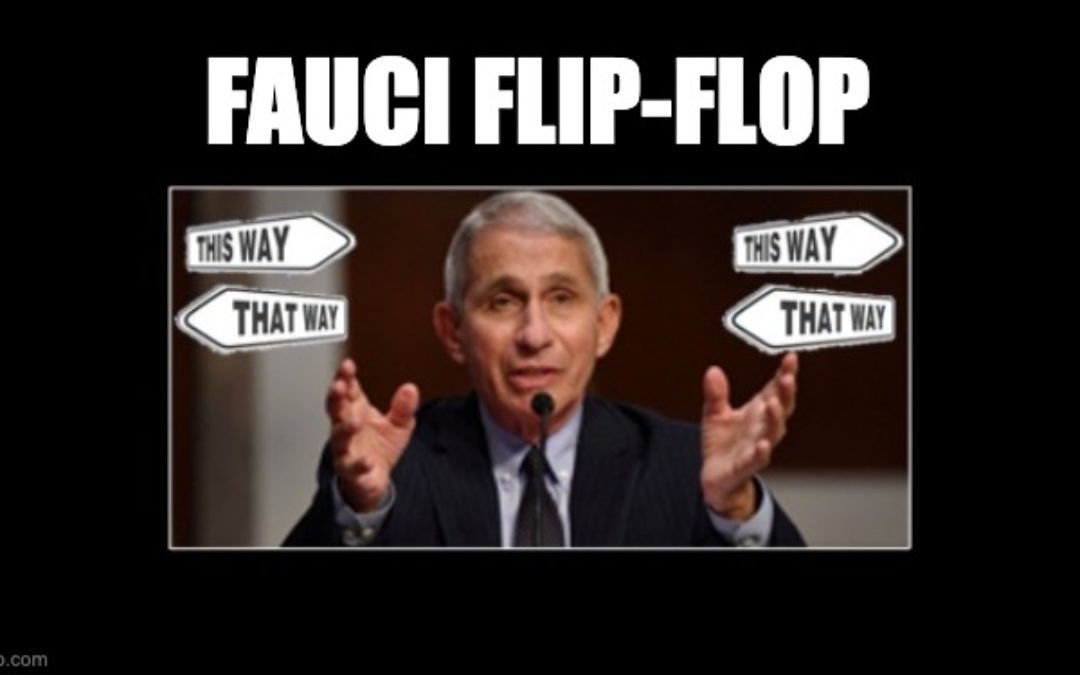 He still didn’t answer the question that Carlson and many other Americans ask if the vaccine works why do we have to wear the masks. Tucker wasn’t saying the vaccines don’t work. He was saying that based on what Fauci and others like him are saying, they don’t believe it works. If they believed in the vaccine worked, they would tell vaccinated people not to wear their masks anymore (except for people like Nancy Pelosi. Her frightening face is better off covered).

“That is just a typical crazy conspiracy theory. Why would we not tell people if it doesn’t work? Look at the data.” pic.twitter.com/jPtwfsG4PC

In typical CNN fashion, CNN took the statement out of any sort of context, ran with it, and Chelsea took it from them.

Tucker Carlson asked why fully vaccinated people need to continue to follow all of the same COVID public health measures as those who have not been vaccinated.

Is it not a reasonable question? Vaccines are given to prevent you from contracting an illness. We are told that at least two of the vaccines in use in the United States are over 90% effective, so why can’t vaccinated people return to normal life and take off the damned masks? Even if you wait two weeks or so for full efficacy, medical “experts” like Fauci are still advocating for masking, distancing, and hand-washing. Heck, Dr. Fauci still wears a mask! Why? He’s fully vaccinated.

But asking questions from our health officials who are driving vaccine skepticism is not permitted-–it’s deplorable.

…According to data from the social media tool CrowdTangle, Carlson’s segment had become the most popular post on Facebook by Wednesday.

In response, Clinton tweeted, “In December, @facebook banned claims about #covid19 vaccines ‘that have been debunked by public health experts.’”

Clinton added that the attention to Carlson’s segment was “especially troubling given Republican men are currently most likely to say they’re not interested in being vaccinated.”
Source: The Hill

Here’s Bubba Clinton’s daughter’s tweet calling for Carlson’s censorship for saying that the “medical experts” are the ones undermining their own credibility.

In December, @facebook banned claims about #covid19 vaccines “that have been debunked by public health experts.” And yet

. Especially troubling given Republican men are currently most likely to say they’re not interested in being vaccinated. https://t.co/NHWwn8vQ31

On Wednesday night, Tucker explained that he wasn’t pushing “disinformation.” He was asking questions rooted in science. He says that the only reason that he’s asking the questions is that “the people in charge are acting like it doesn’t work.”

Tucker Carlson responds to Fauci: “If this stuff works, why can’t you live like it works? Why are you wearing a mask? Why can’t you eat in a restaurant? And if it doesn’t prevent you from catching the coronavirus, why are we taking it in the first place? Both can’t be true.”

All Tucker Carlson wants are honest answers, but leftists who want you vaccinated but refuse to give you freedom afterward want him taken down, but not the authoritarian “medical expert” narcissists who are enjoying the limelight a little too much and are sending mixed messages to the American public.

But people like Fauci keep changing their position without explanation. The media’s favorite doctor seemed to have been wrong or changed his mind about every major recommendation he’s made. Remember it was Fauci who recommended we close down the country for 15 days to stop the spread–13 months ago. Fauci urged us not to wear masks, then begged us to wear masks (then two masks). He said it would be years before a vaccine for COVID was developed, then took credit for President Trump’s warp speed which delivered three vaccines in less than a year. Fauci slammed Florida Governor Ron DeSantis last April when he announced he wanted to get schools open as soon as possible. Still, in December, he changed his answer, saying the default position should be to keep the children in school or to get them back to school.” He even called Trump’s response to the pandemic impressive before he beat up Trump’s response.

The TV stars in the medical community lost the respect of much of America months ago. As for Chelsea, she never had their respect.

Parts of this post were first seen at Clash Daily.

Click this link for the original source of this article.
Author: Jeff Dunetz