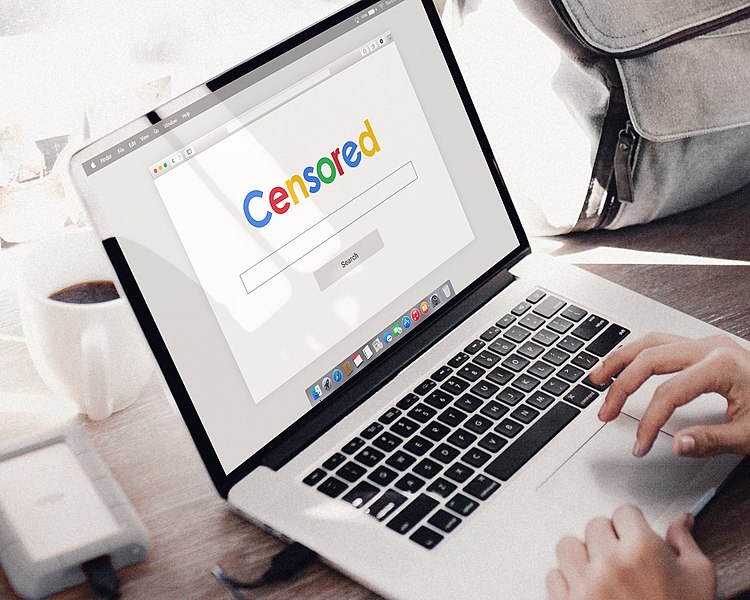 Surge Summary: Big Tech – like You Tube – is engaging in a form of censorship, blocking the honest discussion of controversial issues. They have towed the conventional line on all matters COVID, hindering opposing views; thus a vigorous discussion on the issue is difficult to conduct. This trend suggests bad things for the future of America.

We recently raised the question how a nation “‘founded for the glory of God and advancement of the Christian faith’ [as the American founders wrote before debarking the Mayflower on Nov. 11, 1620] could look on with indifference as judicial leading lights removed prayer in 1962 [Engel v. Vitale], the Bible in 1963 [Abington School District v. Schempp], the Ten Commandments in 1980 [Stone v. Graham], furthered the termination of 60 million children in the womb in 1973 [Roe v. Wade], exalted and normalized homosexual intercourse and legalized same-sex marriage in 2015 [Obergefell v. Hodges], and expanded homosexual and transgender rights in 2020 [Bostock v. Clayton County].”

We concluded that secular judges in present-day America rule, allowing us to do only what is right in their eyes. There seems to be no longer a need or a place for God in America. The irreverent profanity of the current culture is nothing but the public reflection of religious paganism’s stranglehold on the nation and its control over the cultural levers of powers and influence.

As the self-ordained judge, jury and executioner, Big Tech’s Amazon, Apple, Facebook, Google and YouTube are now the sole arbiter of what we are permitted to think or express. With their unapologetic curtailment of free speech, they infringe upon our First Amendment rights. Where does this end?

A Robert Wesson senior fellow at the Hoover Institution, Scott W. Atlas (born 1955), served for 14 years as a professor and chief of neuroradiology at Stanford University Medical Center. He also served as special adviser to former President Trump and a member of the White House Coronavirus Task Force until he ran into trouble with Drs. Fauci and Birx.

He committed the unpardonable sin of refusing to go along with the pseudo-scientific doctrine of mask mandates, 6-feet social distancing and stay-at-home decrees. Because he didn’t hold to the “correct view,” he was charged with advocating and “spreading misinformation about COVID-19, including theories that face masks and social distancing are not effective in slowing the spread of the coronavirus.”

YouTube subsequently blocked and removed a June 2020 Hoover Institution video featuring Dr. Atlas, in which he fully endorsed opening up the economy, establishing herd immunity through infection without mitigation and urging a faster reopening of schools and businesses during the COVID-19 pandemic.

Something quite similar happened last week to Florida Gov. Ron DeSantis at a conference with the distinguished and celebrated Oxford epidemiologist Dr. Sunetra Gupta, Harvard professor of medicine Dr. Martin Kulldorff, Dr. Scott Atlas, and Dr. Jay Bhattacharya from Stanford University, all of whom don’t hold to the “correct view” and question the effectiveness of having children wear masks to stop the spread of COVID-19.

Anyone who dares to challenge the false narrative and dictatorial dogma imposed upon America by blue-state governors, mayors and Big Tech will get derided, erased or cancelled.

For the record, DeSantis’ approach in Florida aligns closely with over 40,000 renowned infectious disease epidemiologists and public health scientists who have signed the Great Barrington Declaration. These preeminent scientists and doctors have signaled “grave concerns about the damaging physical and mental health impacts of the prevailing COVID-19 policies” categorically pushed by Dr. Fauci and the American National Institute of Allergy and Infectious Diseases.

Former Prime Minister Margaret Thatcher (1925-2013) put in clear words what the problem is with Big Tech, Big Pharma and mass media clique’s frantic censoring of free speech through their social media platforms. Then the UK’s Conservative Party leader, she said in 1977 that unless a society as a whole has complete freedom of discussion, it before long ceases to have any new ideas, since these only develop through communication and debate. If the forced adherence to some or other “correct view” prevents the free and open exchange of ideas, there soon will be no fresh views whatsoever.

In this context we may mention Dr. Fauci’s own admittance of lying about the COVID-19 herd immunity threshold last December in order to manipulate public support for the vaccine.

With God placing a premium on honesty, it would seem that if Dr. Fauci will lie to drive public support for the vaccine, we may safely doubt the credibility of his denial of Robert F. Kennedy’s allegation that “Fauci put $500 million of our dollars into [the COVID-19] vaccine. He owns half the patent … [and is] entitled to collect royalties from that.”

Dr. Bruce K. Waltke just released Proverbs: A Shorter Commentary. He discusses Proverbs 6:16-19, “There are six [abominations] the Lord abhors, yea, [there are] seven abominations he detests: haughty eyes, a lying tongue, and hands that shed innocent blood, a heart that plans malevolent schemes, feet that hasten to run to evil, a lying witness, a perjurer, and one who unleashes conflicts among relatives.”

“Lying [verse 16],” asserted Waltke, “signifies ‘aggressive deceit intended to harm the other … even when only the result of words.’” In verse 19, “A lying witness is someone who knowingly lies. Its appositive, a perjurer, signifies a deceptive witness and clarifies that the liar is seeking to endanger the life or property of someone else.”

Jewish Hebrew scholar Michael V. Fox commented that the practical purpose of the proverb “is to align the reader’s attitudes with God’s. Awareness of what disgusts God can motivate personal conscience and ethical behavior.” These are exactly the charges made against Dr. Fauci.

Representative forms of government, where the ultimate authority and power derives from its citizens, remain viable solely as long as people can, on the whole, rely on government bureaucrats and elected officials to give honest testimony.

As spiritual men and women enter the public square, they will manifest a close relationship with God and thorough knowledge of His word, seeking to emulate His character. For, as Numbers 23:19 (MEV) declares, “God is not a man that he should lie.”

Gideons and Rahabs are beginning to stand.

David Lane is founder of the American Renewal project.

The post Big Tech’s De Facto ‘Censorship’ Making It Tough to Decide What Is True … and What Isn’t appeared first on DailySurge.