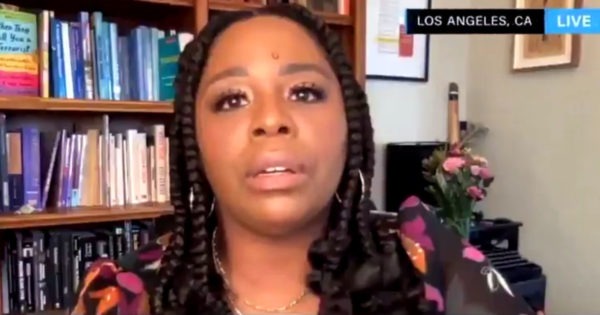 Black Lives Matter co-founder, lesbian, and self-described “trained Marxist” Patrisse Cullors defended her $3.2 million mansion-buying spree that was exposed by the New York Post last week, claiming “The way I live my life is in direct support of black people and that includes my black family members.”

Cullors has received widespread bipartisan criticism for her perceived hypocrisy, even as left-wing tech platform Facebook struggles to ban and erase the New York Post story from being shared.

“So a critique from the left that would say, if you are a trained Marxist, if we’re talking about a certain kind of radical politick, that extravagant homes of any sort, or multiple properties of any sort is itself contradictory to the ideology you hold, and so it’s not about having money per se… but that it’s about there being a potential contradiction between your expressed politics and your lived practice,” Cullors was told during a recent interview.

“Sure, and I think that is a critique that is, um, wanting,” Cullors responded. “And I say that because, um, the, the [sic] way that I live my life is in direct support to black people, including my black family members, uh, first and foremost.”

Translation:
I got mine pic.twitter.com/VcPRrJbsx1

Cullors continued, “And, uh, for so many black folks who are able to invest, um, in themselves and in their community, they choose to invest in their family, and that’s what I have chosen to do, um, I have a child, I have a brother that has severe mental illness that I take care of, um, I support my mother, um, and I support many other family members of mine and so I see, um, uh, my money as not my own, I see it as, um, my family’s.”

Black Lives Matter riots, which resulted in massive property damage and loss of life in 2020, are expected to pick up in intensity throughout 2021.