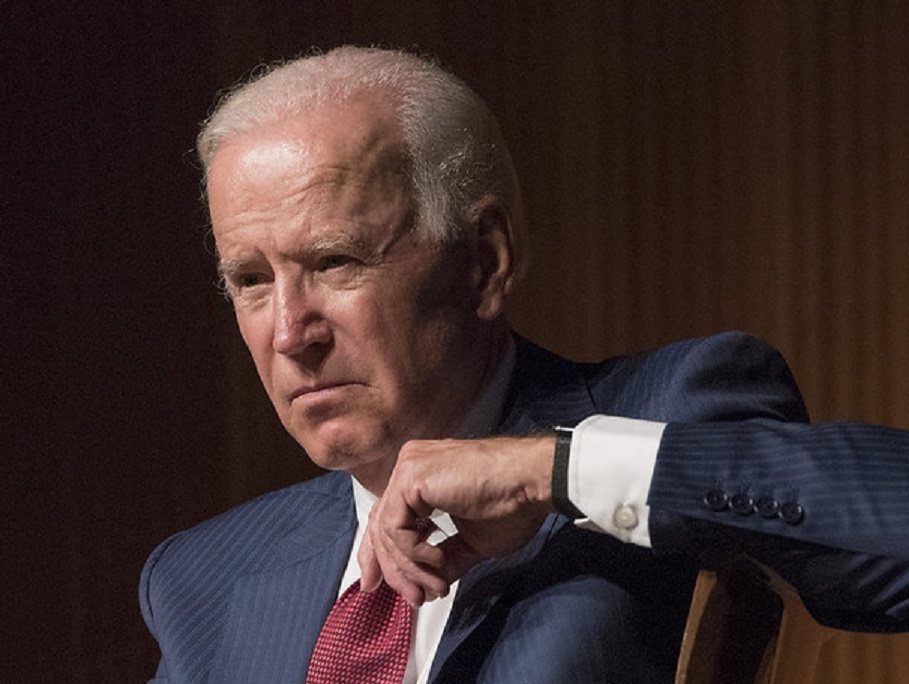 One of the week’s most popular …

Surge Summary: Regarding his attacks on the Second Amendment and game-playing to justify exorbitant government spending as investments in “infrastructure”, President Joe Biden continues to deceive the American people.

President Biden made good [Thursday] on his promise to restrict Second Amendment rights via executive orders.  His six orders are certain to face legal challenges because, as the Washington Free Beacon reports, they “could turn millions of Americans into felons overnight.”

But it’s worth pointing out, once again, that Biden is also gaslighting the American people.  During his remarks [Thursday], he made a number of obviously false statements to advance his left-wing agenda.

For example, Biden insisted that you can go to a gun show and “buy whatever you want and [there’s] no background check.”  That’s just not true.  (Here and here.)  All commercial gun sales require a federal background check.  And the vast majority of sales at gun shows are conducted by commercial sellers.  There is no “gun show loophole.”

What’s not subject to federal background checks are private transfers between two people.  Is Biden proposing to regulate those too?

Biden also falsely claimed that gun manufacturers were “the only outfit that is exempt from being sued.”  Again, that’s just not true.  A gun manufacturer can be sued if its product is defective.

But Biden wants to repeal a 2005 law that prevents gun manufacturers from being sued if a criminal uses their legal product for an illegal purpose.  That legal protection is just common sense.

It would be like suing Nissan for last week’s car ramming attack that killed a Capitol Hill police officer.  Nissan isn’t responsible for what the murderer did with his car.

Yet Biden’s anti-Second Amendment agenda was laid bare [Thursday].  If he could accomplish just one thing, Biden said, “Give me that one.”  He wants to open up gun manufacturers to criminal liability for the illegal use of their legal product.  It would bankrupt them, and drive them all out of business.  And he knows it.

If you ask people what they think infrastructure is, they’ll say more roads, better bridges, modern airports and improved rail lines.  And in this digital age, many would even include increased broadband access or faster internet service.

But apparently the Biden Administration has redefined infrastructure to include virtually anything on the left’s socialist agenda.  Biden has thrown it all together for a massive $2.3 trillion boondoggle.

For example, Biden’s bill includes a lot of items from the Green New Deal.  He wants to retrofit government buildings.  There’s massive spending on home health care, as well as new job training programs.  None of that is infrastructure.

Even the left-wing outlet Politico says that only 37% of Biden’s bill is devoted to traditional infrastructure projects.  But there’s $590 billion for projects Politico called “a very distant relative” of infrastructure, and $400 billion went to stuff Politico labeled as “Not even close.”

Sadly, it gets worse.  The bill is jammed full of tax increases.  In fact, the National Association of Manufacturers, whose members would benefit greatly from a big infrastructure bill, studied Biden’s proposal and came out strongly against it.

They warned that Biden’s massive tax increases would lead to one million job losses over the next two years.  It would also shrink economic activity by $200 billion over the next five years.

In other words, Biden’s plan is the exact opposite of what we need to do to recover from the pandemic.

In other news...
Nancy Pelosi Puts Kibosh On Democrat Court Packing ...
“Spend as much as you can and then spend a little b...
Rick Wiles Says the US Is Under the Control of ‘Sat...
At a certain point, even the Gestapo had to stop ca...
Eat Cicadas or Support Your Local Farmer
Is This the Most Effective Weapon Against Viral Inf...
0 Comments
Inline Feedbacks
View all comments