British Columbia: Restaurant Patrons Tell Health Gestapo to ‘Get Out’ 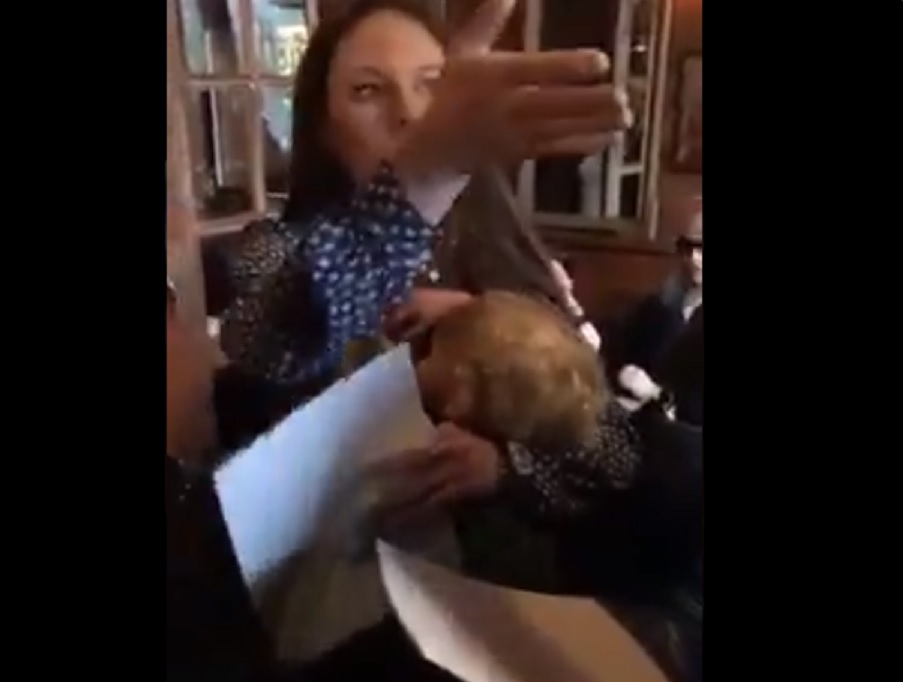 Surge Summary: An incident in a British Columbian restaurant confirms that around the world, people are pushing back against government’s bullying overreach regarding COVID-19 lockdowns.

People across the globe have begun to awaken to the fact that they once again have been played by their perspective governments concerning this latest global fraud (Ephesians 4:14).

In the second case from this past weekend, video shows health authorities being booted of a building courtesy of loud shouting from people objecting to their presence.

The latest confrontation took place at the Corduroy restaurant in Vancouver, British Columbia, which allegedly was at odds with the current COVID-19 safety guidelines banning indoor dining in the Canadian province.

The video depicts two health inspectors speaking with the restaurant’s owner, Rebecca Matthews. No one inside the eatery appeared to be wearing face masks, except for the government officials.
“Who do you work for?” Matthews asked the inspectors.

“You see the signs on the door there,” she continued. “You understand what you’re doing here? You’re trespassing on my private property.”

This is what it’s going to take in many areas – mass civil disobedience. What a beautiful sight! pic.twitter.com/HxgRQeb3Yh

It is of interest how the Lord is raising up His Church from the likes of the unexpected (1 Corinthians 1:27).

Friends, the Lord will have His way one way or another, with or without us. It is for us to respond to His commandments (Deuteronomy 4:6), not for Him to do what it is that many have left off, which brings in a curse (Deuteronomy 28: 63). It is up too us too put a stop to all of this.

The post British Columbia: Restaurant Patrons Tell Health Gestapo to ‘Get Out’ appeared first on DailySurge.