BREAKING: Mike Pence Has Surgery To Install Pacemaker As He Contemplates 2024 Presidential Run 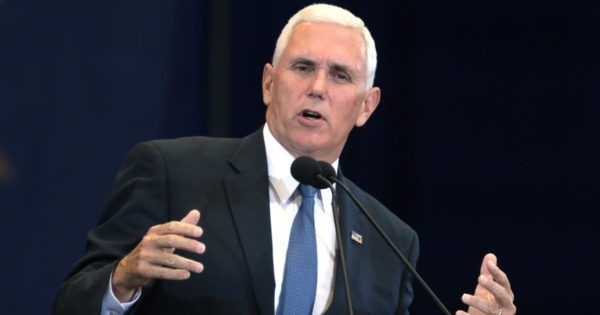 Mike Pence, 61, underwent surgery today to install a pacemaker today. It is unclear if the surgery was limited to the pacemaker, as those familiar with the surgery have told National File the insertion of a pacemaker is usually part of a larger surgery.

“The routine surgery was successful, and he is expected to fully recover and return to normal activity in the coming days,” Pence’s office said, according to The Hill. A pacemaker, usually installed to prevent a regular heartbeat, will use electric currents to keep the heart beating normally. According to a medical study of 6,505 patients who undergo surgery to receive a pacemaker “median survival was 101.9 months (∼8.5 years), with 44.8% of patients alive after 10 years and 21.4% alive after 20 years.”

This comes as Pence is expected to speak at a political fundraising event in South Carolina, in what many consider to be the first leg of his eventual 2024 campaign for President of the United States. It is unclear if Pence is still scheduled to speak at this event after undergoing surgery.

Recently, former establishment Republican Speaker of the House John Boehner essentially endorsed Pence’s bid for a 2024 run for President in his new book, in which he claims that Pence’s “loyalty” to President Trump should hold sway over America First voters. Boehner also revealed that he enjoyed working with Pence while the two were colleagues in the House of Representatives.

Heart issues have played a major role in American politics, especially when, in 1955, President Dwight D. Eisenhower suffered a serious heart attack and was unable to campaign or appear publicly. He then had another major heart surgery in 1956, as the presidential campaign was underway.

In the early months of the campaign, when Eisenhower’s health was uncertain, Democrat presidential candidate Adelai Stevenson seized on the opportunity to position himself as a younger, more fit, vibrant candidate. The strategy worked well in early polling, until Eisenhower’s swift recuperation became obvious, and he returned to the campaign trail and began making public appearances.

In other news...
The Tongue of the Righteous is Choice
Staged Coronavirus Plandemic: An International Crim...
The Biden Admin Is ‘Blatantly Lying’ To The America...
Live: Attorneys, family of Daunte Wright address ch...
Move over Bill Cosby. Here come the Covid Criminals
The Fauciite Consensus Will Never Take Us Back to N...
0 Comments
Inline Feedbacks
View all comments