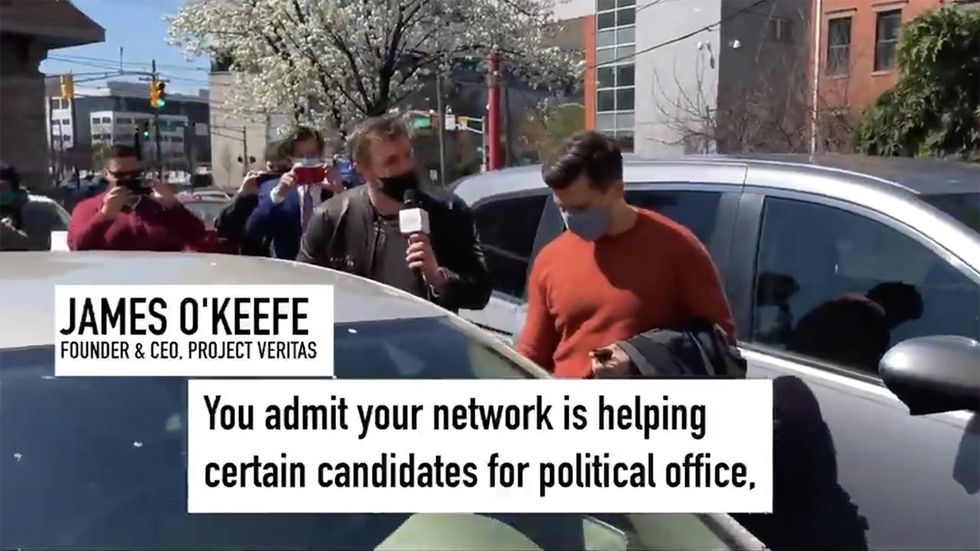 I can’t think of anything worse than being on a date at a pancake house thinking today might be the day you get lucky and having her get up to powder her nose, only to have James O’Keefe sit down instead. Talk about a de-rection. Actually, worse than all that? Leaving without getting any pancakes. Though if Chester the CNN Director is bringing dates to the pancake house, there’s an above-average chance he has no game. Chester is the guy who claimed on camera that CNN is allegedly why Joe Biden got elected.

O’Keefe surprised Chester to find out if he prefers waffles over pancakes. Also, what’s with his claims that CNN is a propaganda outlet? I mean, it’s obvious that it is. But this guy said it out loud!

BUSTED: I Confronted @CNN Director, Charlie Chester, About His Claims That The Network Used “Propaganda” and “Fear” To Push Their Message.

JAMES: I want to talk to you about CNN.

CHESTER: 2020 CALLED, AND IT SAID MASK UP BECAUSE WE’RE ALL IN THIS TOGETHER!

JAMES: You had some interesting things to say to our reporter.

CHESTER: WHY AM I IN THIS HELL?

In Chester’s defense, I’m ASSUMING this was a date. Mediaite is reporting the sting was set up via dating app Tinder, where the PV reporter pretended to be a nurse and went on five dates with Chester. CNN may have leaked this to Mediaite to make people sympathetic to Chester, but it only makes things more embarrassing. Also, much more hilarious. If Chester was bragging about how CNN is an activist organization that was actively responsible for defeating the president of the United States, he was doing so because he thought it would get him into his date’s pants. It’s Tinder. My dude wasn’t looking for someone to go steady with.

Chester thought bragging about CNN being a leftist propaganda outlet would get him the sex. Instead, Chester will not get the sex. Though he did get f*cked.