NM Dem gov’s campaign pays at least $62K in settlement to ex-staffer who says she grabbed his crotch: report 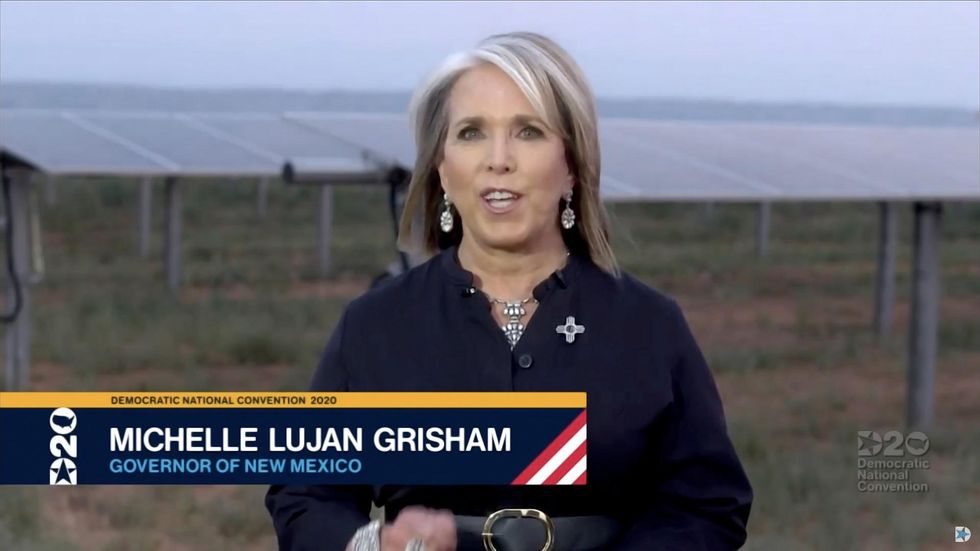 The 2018 gubernatorial campaign of New Mexico Gov. Michelle Lujan Grisham (D) has paid at least $62,500 to a former aide who says the governor grabbed his crotch — and the ex-staffer could get more, according to a report.

The Albuquerque Journal reported Monday that documents show Lujan Grisham’s campaign has made four payments of $12,500 “as part of a settlement” with former campaign spokesman James Hallinan, who accused the governor of “pouring a bottle of water on his crotch and then grabbing his crotch through his clothes as she laughed, an incident he said took place in front of other campaign staffers.”

The outlet noted that Hallinan made the claims in late 2019, roughly a year after he left the campaign. The former ex-staffer says he was talked out of reporting the incident by the campaign manager, Dominic Gabello, who now serves as a senior adviser in the governor’s office.

Current campaign spokesman Jared Leopold told the newspaper that Gov. Lujan Grisham, Gabello, and the campaign organization itself “strenuously deny that there is any merit or truth to Mr. Hallinan’s claims, including his claims about difficulty finding or keeping work after the campaign.”

Leopold added, “They reached a settlement in order to avoid the continuing distraction and significant expense of possible litigation and allow them to concentrate on working for the people of New Mexico during this pandemic.”

Fox News reported that Hallinan claims Lujan Grisham assaulted him while at the home of state Rep. Deborah Armstrong (D), whose office also denies the incident occurred. The governor’s spokeswoman, Nora Myers Sackett, said of the ordeal, “We’re a rambunctious bunch. I think they were playing around with water.”

But Hallinan’s attorney confirmed to the outlet that things had been settled on the matter, telling them in a statement, “Governor Lujan Grisham and Mr. Hallinan have resolved any differences or issues to their satisfaction. I am not able to provide any further information.”

Sackett declined to tell the Associated Press whether further payment is still due to Hallinan.

In reaction to the news, the Republican Governor’s Association called Lujan Grisham’s settlement “a $62,500 crotch grab.”

“After years of vehement denial, Governor Lujan Grisham’s now revealed sexual harassment settlement certainly raises questions of why she tried to discredit her alleged victim,” association spokesman Will Reinert told the Santa Fe New Mexican in an email. “Where there is smoke there is usually fire, and Lujan Grisham just wrote a check for $62,500 worth of kindling.”