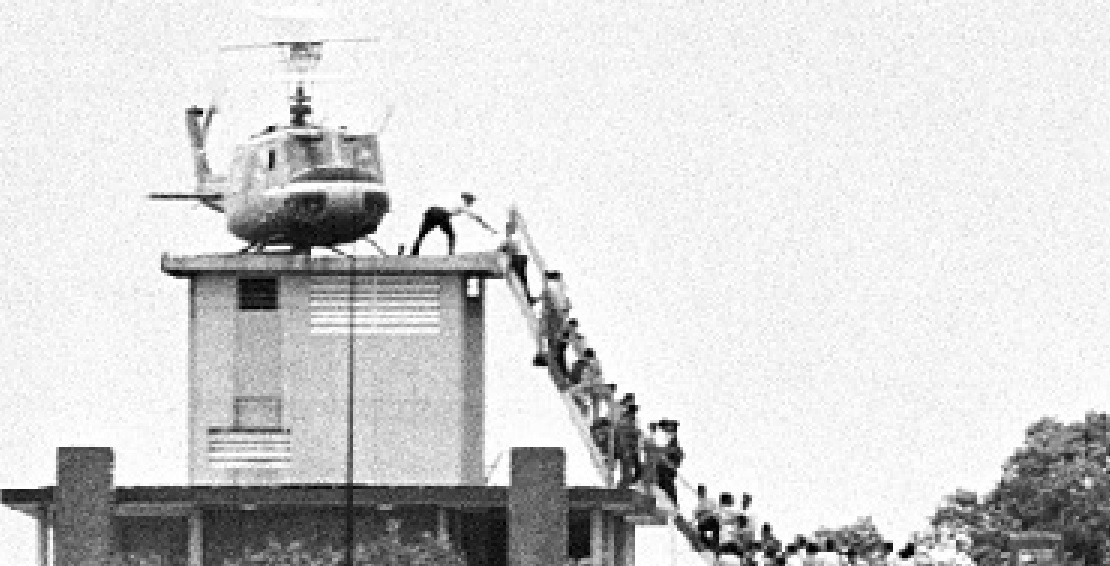 Surge Summary: Word games from the Vietnam era offer a lesson for America in 2021. As the nation faces threats from an ‘axis of evil” today, will it draw wisdom from disastrous past experiences?

Fifty years ago this spring, my wife and I, both Air Force intelligence officers, returned to Udorn Air Base, Thailand from an “in-country rest & recuperation” trip to Chaing Mai. That night I worked the mid-shift in the intel shop at headquarters 7/13th Air Force. It fell to me to prepare and deliver the morning intelligence briefing to the major general who thought he ran air operations in Northern Laos; a delusion since that war was run by the U.S. Department of State and the CIA with Air Force support.

From late February and into March 1971, our martial spirits soared as 15,000 to 17,000 soldiers of the Army of the Republic of Vietnam (ARVN), largely transported by U.S. Army helicopters and under a vaunted umbrella of American air power, invaded Laos. The mission was to travel along Route 9 from Khe Sanh into Laos to the town of Tchepone, a major transit point at the hub of the Ho Chi Minh Trail. That logistical network was key to Hanoi’s winning the war in South Vietnam.

The trail, a 250-mile corridor of roads, paths, and streams along which flowed supplies and soldiers to fight inside South Vietnam, constituted a strategic target. The concept of cutting that supply line was valid. Laos, as many scholars now recognize, proved key to Hanoi’s strategy. But as Lam Son 719 unfolded it epitomized American folly fed by hubris. From the perspective of a half-century, it serves as a metaphoric image for the dawn of an American twilight.

In 1970, American military forces joined the ARVN to invade communist sanctuaries at the termination of the Ho Chi Minh Trail in eastern Cambodia. This was critical to the concept of “Vietnamization” to prepare the ARVN to assume the role played by American troops after the United States pulled out. In the aftermath, Congress, reflecting growing anti-war tensions, passed the Cooper-Church Amendment preventing American ground forces from invading Laos or North Vietnam. Nevertheless, if the communists launched another Tet-style offensive, it would be politically impossible for President Richard Nixon to fulfill his promise to end U.S. involvement by the end of his first term. American voters might not stand for withdrawal in the face of defeat.

The first mistake was to send a small force against a numerically superior contingent of the People’s Army of Vietnam (PAVN), 30,000 regulars supported by thousands of anti-aircraft gun and mortars to negate American air power and obliterate helicopter landing zones. By the end of March, over 100 American helicopters were destroyed, and 25 Air Force and Navy bombers were lost. Two PAVN divisions reinforced those already engaged. Lam Son 719, conceived in February as a possible march to Savannakhet on the Mekong River, was devolving into disaster.

At 7:00 a.m., I delivered the draft briefing, mostly focused on Lam Son, to the director of intelligence. “Sir,” I began, “in the Lam Son 719 area of operations, the ARVN retreat back into South Vietnam continues.” The colonel interrupted: “Tilford, you know better than that. Find another word for ‘retreat.’”

An order is an order. I’d comply.

I returned to my desk to edit the briefing scheduled for 8:00 a.m. Words matter. We were forbidden to use negative words like “defeat” or “ambushed” because they negated the illusion that the Air Force was delivering an unbroken string of unmitigated air power victories in support of Vietnamization. Retreat qualified as a negative word.

My father, a Presbyterian minister in Alabama, came to terms with the immorality of segregation during the early years of the civil rights movement. He did so reluctantly but viewed it as a moral imperative and lost his pulpit. That was his “Here I stand moment,” and this was mine.

“Sir, in the Lam Son area of operation, the ARVN is fleeing back into South Vietnam.”

The startled general asked, “Fleeing? Do you mean the ARVN is retreating?”

“No, sir. Retreats can be militarily useful if they are part of a withdrawal to withstand an attack and then counter attack. In this case, the enemy is overrunning ARVN units. Survivors reportedly are clinging to helicopter skids to get out. This is a rout, not a retreat.”

The general ordered the director of operations to make all fighter bombers under his purview available to Seventh Air Force in Saigon to support Lam Son.

Immediately after the briefing I got chewed out; verbally eviscerated describes it best. Afterward, a wiser first lieutenant who witnessed the event, asked, “Do you know what you did out there? You took the director of operations’ planes away and gave them to Saigon. That’s a major hole in his rice bowl and an embarrassment.”

The ARVN be damned, the colonel had been embarrassed. I said goodbye to any possible commendation medal at the end of that tour. A half-century later, writing this as a 75-year-old retired military officer and college professor, if there is a former ARVN soldier in Vietnam happily playing with his grandkids, I’m fine without that medal.

I survived the war to write a book that served as a doctoral dissertation and two more books criticizing Air Force operations in Vietnam. I used my Vietnam war experiences to inspire changes in how the Air Force viewed its history and to fuel my entrance into higher education after leaving the Air Force. Perhaps a case of making the best of a bad situation or, maybe, using history to make a better future.

In the immediate aftermath of Lam Son 719, President Nixon went on national television to proclaim Lam Son 719 a success. American withdrawal continued. Nixon dubbed withdrawal “Peace with honor,” while millions of South Vietnamese who trusted us might call it a “shameless bugout.” By March 1973, with the U.S. military out of Vietnam, the Republic of Vietnam had two years and a month to live.

Great powers do not go to war to withdraw their forces, leave an ally in the breach, and then boast about how air power resulted in the return of prisoners of war held by the enemy. Great powers go to war to win or they don’t go at all. The last time we did that was on December 8, 1941.

Fifty years on, the United States faces a growing threat from a new “Axis of Evil.” We do so while struggling with what it means not only to be “great” but what it means to be a nation; an entity with a distinct culture, definable and inviable borders, and a coherent foreign policy based not on American guilt but on the promise of being “One nation under God with liberty and justice for all.” If the Vietnam war constituted the “Dawn of the American Twilight” as a great power, it may well be that this nation is at the edge of an American night from which there will be no morning after.

—Dr. Earl Tilford is a military historian and fellow for the Middle East & terrorism with the Institute for Faith and Freedom at Grove City College. He currently lives in Tuscaloosa, Alabama. A retired Air Force intelligence officer, Dr. Tilford earned his PhD in American and European military history at George Washington University. From 1993 to 2001, he served as Director of Research at the U.S. Army’s Strategic Studies Institute. In 2001, he left Government service for a professorship at Grove City College, where he taught courses in military history, national security, and international and domestic terrorism and counter-terrorism.