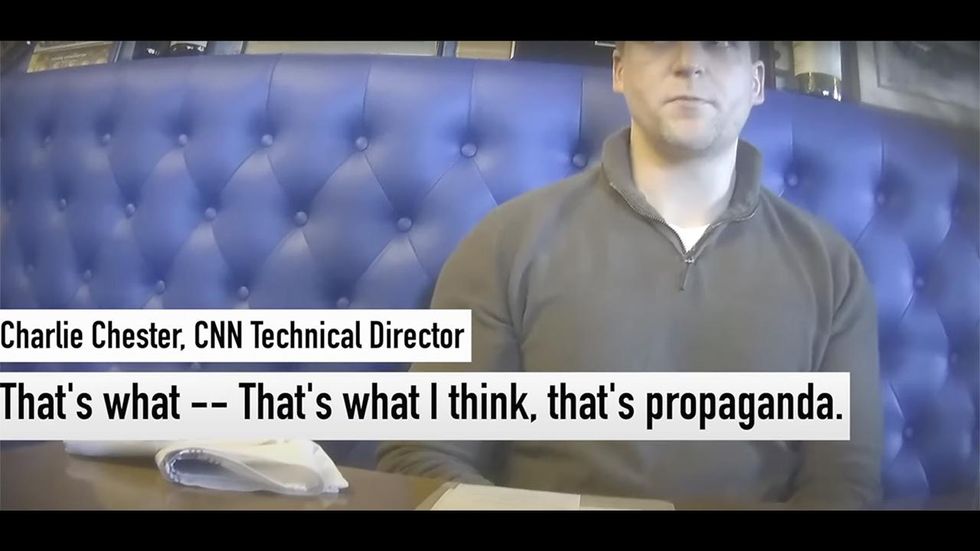 James O’Keefe and Project Veritas are out rousing the rabble at CNN again. The funny thing about these exposes? They aren’t all that “surprising” per se. We all know that CNN is a bunch of biased hacks who have no friends and suck at life. But it still packs a punch when you hear the words coming out of a CNN insider’s face hole. Not knowing that, sometime in the future, said insider’s going to be called into human resources and have some explaining to do.

Meet CNN technical director Charlie Chester. Charlie — actually, let’s call him Chester because it’s the more embarrassing name — Chester was shooting the breeze about how much CNN is a propaganda wing for the Biden campaign.

We would always show shots of him Biden jogging and that he’s healthy … and him in aviator shades. Like you paint him as a young geriatric. …

We brought in so many medical people to all tell a story that was all speculation — that [Trump] was neurologically damaged, that he was losing it. … We were creating a story there that we didn’t know anything about. That’s what — I think that’s propaganda.

I think there’s a COVID fatigue. … They’ve already announced in our office that once the public is — will be open to it — we’re going to start focusing mainly on climate. … It’s going to be our [CNN’s] focus. Like our focus was to get Trump out of office, right? Without saying it, that’s what it was, right? So, our next thing is going to be climate change awareness.

News, schmews! CNN has an agenda to attend to!

The standard hidden video disclaimers apply. Videos like this are generally edited down from hours and hours of raw footage. Could some of it be taken out of context? Sure, I guess. That’s for Chester to take up with Jeff Zucker. It’s still enough video of Chester saying words with his mouth that confirm what we all knew about CNN. Just now we have Chester saying it.