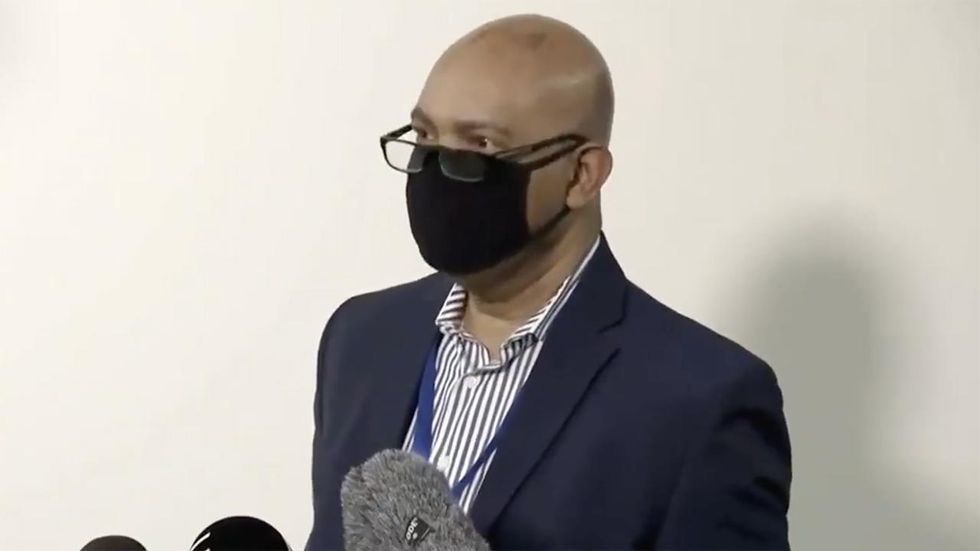 Brooklyn Center City Council held an emergency meeting on Monday in the wake of the Daunte Wright shooting. In the meeting, they gave the mayor control of the police department and fired city manager Curt Boganey, who earlier said the officer involved in the shooting deserved due process. The city council also recommended firing the officer who’s currently on administrative leave, as well as Police Chief Tim Gannon.

Boganey had been city manager since 2005. Here he is earlier that day making the now “controversial” comments about someone deserving due process.

Brooklyn Center, MN, City Manager Curt Boganey, who has control over police department personnel, received some pushback after these comments:

“All employees … are entitled to due process with respect to discipline.” pic.twitter.com/gAvGYkS0pP
— The Recount (@therecount) April 12, 2021

It’s not clear if these controversial comments about due process are specifically what led to Boganey’s firing. Though this tidbit from the Star Tribune might provide some insight:

At a virtual council workshop, Council Member Kris Lawrence-Anderson said she voted to remove the city manager because she feared for her property and retaliation by protestors if she had voted to keep him.

“He was doing a great job. I respect him dearly,” she said. “I didn’t want repercussions at a personal level.”

In the olden days, politicians would lie when they make purely political decisions. But when you have people openly calling for all police officers to be doxxed, the council member didn’t think hiding her self-interest would matter.

My opinion? The officer SHOULD be fired. Someone is dead because an incompetent officer of the law didn’t know her taser from her handgun. But “due process” doesn’t have to mean a lengthy investigation. Just a day to figure out what happened, call her in for a meeting, and say “your fired.” But clearly, that wasn’t enough for the activist “journalists” in the press conference. Anything less than dragging the cop out in handcuffs and a blindfold and letting the “journalists” pelt her with fruit was unacceptable.

They’ve basically declared mob rule. When you have a council member straight-up admitting she voted for someone to be fired she didn’t think should be fired because she was afraid of what people would do to her and her family if she didn’t, that’s mob rule. Also, I’ve got ten bucks that say by the end of the day, activists are calling for Kris Lawrence-Anderson to be fired for saying Boganey was a good man. That’s how it works. You give in to the mob, the mob just know they can take more.

When people say wait for facts and let’s lower the temperature, it’s because this is how quickly things can turn. And it’s barely been a day. Wait until tomorrow now that people are reporting the officer’s identity.