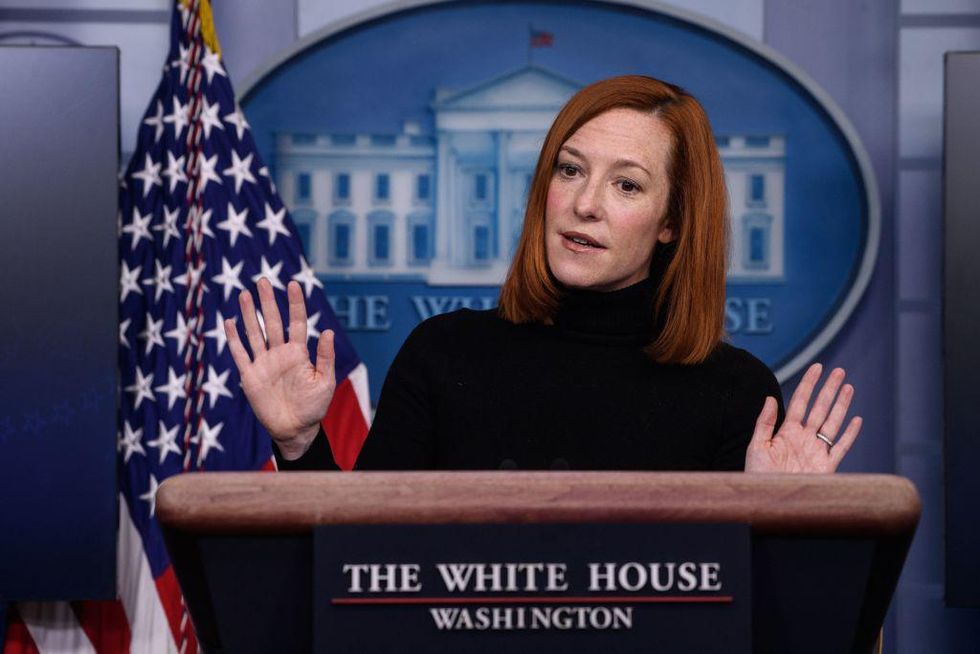 An online persona posed as a reporter named “Kacey Montagu” for the Daily Mail, a British tabloid best known for celebrity gossip. There were Twitter and LinkedIn accounts dedicated to “Kacey Montagu,” plus she was named as the chief political correspondent for White House News, a fictional website.

Montagu’s play-acting as a White House reporter goes back at least to December, when he or she set up @WHschedule on Twitter. They repeatedly referenced the “schedule” account in emails as a primary duty. In March, they began sending tweets from @WHpoolreport. The accounts are rudimentary repostings of two sources of information reporters regularly consume: the president, first lady, vice president, and second gentleman’s daily schedules and the so-called pool reports, which are real time dispatches from a small group of journalists tasked with following around those principals during the course of the day and reporting back to the rest of the press corps on their movements and utterances.

The accounts got attention from insiders, who quickly came to rely on their speed and efficiency. @WHSchedule had a following of more than 1,300, including several White House correspondents (some working at POLITICO). The new @WHPoolReport account amassed more than 600 in a few weeks’ time, including some who work in the administration like Michael LaRosa, press secretary for Jill Biden and Symone Sanders, a senior advisor and chief spokesperson for Vice President Kamala Harris.

The person behind the imposter contacted the White House Correspondents Association about being becoming a pool reporter and inquired about applying for a day pass to cover the White House in person.

“Kacey Montagu” was given access to cover COVID-19 government press briefings, but was not called upon.

Montagu regularly sent in questions for the White House press corps to ask Psaki, adding that she wasn’t able to be there in person “due to social distancing regulations.” Montagu was able to hoodwink White House reporters, including from The Plain Dealer and CQ Roll Call, to ask Psaki numerous questions “about everything from COVID-19 travel bans, to coming ambassadorships, to Biden’s reaction to Microsoft being hacked.”

“In at least one instance, a White House official was connected with Montagu to circle back with more information when they had it,” Politico reported.

Some White House reporters researched “Kacey Montagu,” who had a deactivated
LinkedIn account with a profile photo of U.K. Prime Minister Boris Johnson eating an ice cream cone, and they became suspicious.

The question was planted by Montagu.

Mediaite investigated Kacey Montagu, and discovered that she “appears to be a gag persona for a former Secretary of State made of Legos.”

“The Montagu website’s
FAQ section describes her as ‘An American Citizen. Former Secretary of State, Mayor, Senator, President Pro Tempore and Speaker of the House,’ and her political views as ‘President Trump 2024, baby! I’m a Conservative,'” the outlet wrote on Thursday.

Politico found that the person behind the “Kacey Montagu” persona was actually a Lego video gamer.

“They believe Montagu’s White House moonlighting began as something to boast about in the online global gaming platform called ROBLOX, where users jokingly call themselves ‘Legos,'” according to Politico. “Within that platform is a role-playing group called nUSA, where people from across the world engage in a mock U.S. government exercise. At one point, Montagu had adopted the role of Secretary of State but resigned from that job after — as they recalled — ‘the [nUSA] President went to war with some U.K. and I thought it was a pretty bad idea!'”

The prankster explained her motivation for the fake White House reporter profiles, “I created them as some fun but also to ensure that people know what is going on — they should be able to know what POTUS and V.P. is doing and I think the account following shows people are interested in that.”

“I love journalism, and I think the press corps is doing a pretty bad job at the moment, so I decided I would ensure some transparency and ask some questions me and some friends wanted the answer to,” the hoaxer told the outlet.

The White House declined to comment on the situation.