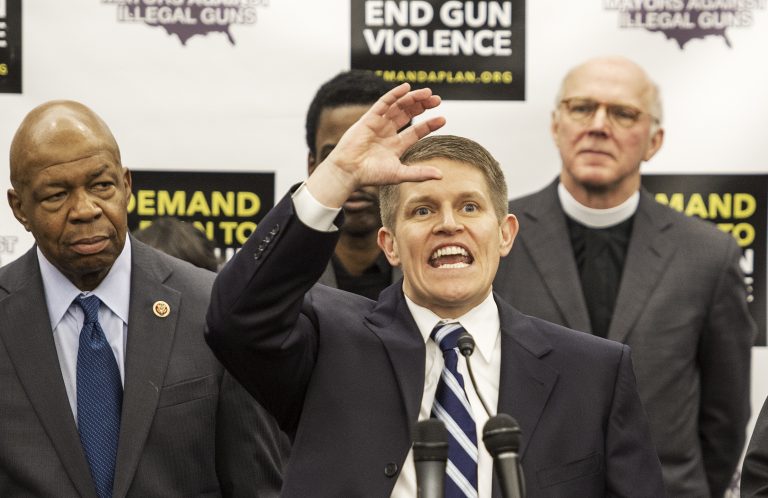 David Chipman, a former ATF agent and gun-control activist, was put up by Biden to run the agency on Thursday. In addition to his work for the gun-control group Giffords and longtime support for strict new gun laws, including AR-15 bans and magazine capacity restrictions, Chipman has spread a false conspiracy theory about the Branch Davidian shootout in Waco, Texas. He also mocked Americans who purchased firearms when the coronavirus pandemic began.

“Most of the new buyers who went out to the gun store and bought a gun have no training whatsoever,” Chipman told Cheddar in April 2020. “In their mind, they might be competent, they might think they’re die-hard and ready to go, but unfortunately they’re more like Tiger King. They’re putting themselves and their families in danger.”

Chipman’s work as a senior policy adviser for Giffords and support for new gun bans coupled with his controversial comments could complicate Biden’s effort to make him the first confirmed ATF director since 2015. His support for new gun bans already put him at odds with all Senate Republicans and a handful of moderate Democrats, including Sens. Joe Manchin (W. Va.), Jon Tester (Mont.), and Kyrsten Sinema (D., Ariz.).

Chipman has also advanced conspiracy theories to advocate for gun control. In 2020, Chipman reportedly appeared in a Reddit “ask me anything” forum in which he falsely claimed that Branch Davidian cult members shot down two helicopters during a botched ATF raid that left dozens dead.

“At Waco, cult members used 2 .50 caliber Barretts to shoot down two Texas Air National Guard helicopters,” Chipman said in one of the posts. “Point, it is true we are fortunate they are not used in crime more often. The victims of drug lords in Mexico are not so lucky. America plays a role in fueling the violence south of the border.”

No helicopters were shot down during the shootout between the cult members and federal agents. Helicopters deployed to the scene by the Texas National Guard during the 1993 incident have been at the center of multiple conspiracy theories over the years. The Dallas Morning News debunked myths about their involvement as recently as 2018.

Chipman has backed policies, such as a ban on all ammunition magazines holding more than 10 rounds, that have been struck down by some federal courts. While speaking to NPR as a Giffords representative in 2019, he said the proposal to ban those types of magazines, which come standard in nearly all modern firearms sold in America, is “very reasonable.” He admitted that the proposal will not actually stop shootings. But he argued that limiting magazine capacity could stop “a killer from transforming into a killing machine” because of the need to more frequently reload ammunition. He admitted the limit he wants to impose is arbitrary.

“I think let’s say 10 and below are OK or reasonable. Above would be regulated,” he told NPR. “And I think this comes basically based on a guess.”

Chipman’s comments have also garnered strong backlash from Second Amendment groups and gun industry representatives. Second Amendment Foundation executive Alan Gottlieb said Chipman is “a tool of the gun prohibition lobby he’s worked for” and that his nomination is an attempt to politicize the ATF.

“The bottom line is we will have the ATF working against gun owners rather than being a neutral government agency to enforce laws,” Gottlieb said. “We’re probably going to have what I would consider to be a very rogue ATF. … Everybody in the whole firearms community and Second Amendment community is going to pull out all the stops to fight the confirmation.”