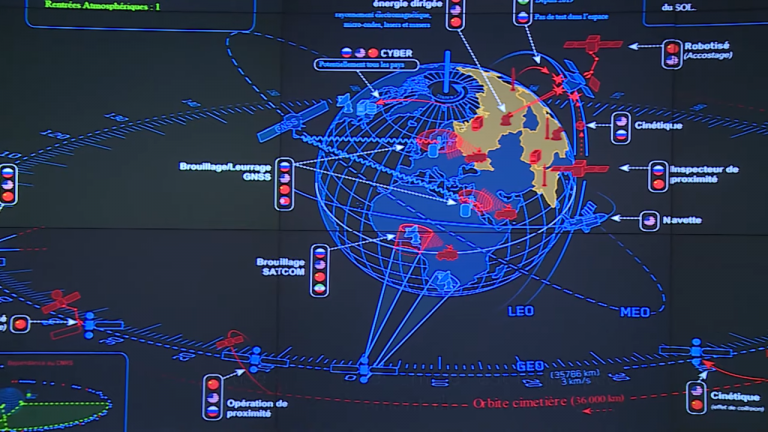 PARIS: France led its first multinational military space exercise last month, with Germany, Italy and the US, marking the country’s effort to re-vamp its forces and operations to meet 21st century threats.

The exercise signals the French government’s intent to reach for a higher ‘orbit’ as a sovereign nation in order to be able to face any future space conflict. Up until now, Paris was a participant in US-led space wargames.

The ASTERX exercise, took place in Toulouse March 8-12. It was described by Gen. Michel Friedling, head of the French Space Command, as a ‘’stress test’’ for the country’s space command processes and systems. A tactical exercise meant to train and prepare space combatants, ASTERX simulated an international crisis with no less than 18 different space events and scenarios ranging from an attack on a French satellite to space debris threatening civilian populations to an adversary jamming of allied SATCOM.

Assessing future space operational needs through this kind of exercise is one of the first tasks for the government of French President Emmanuel Macron in its full speed effort launched in 2019 to overhaul the country’s space policy. The Covid pandemic has had a slight impact on that effort, postponing the launch of the military observation satellite CSO-2 spy satellite by a few months. (The satellite was launched in December from France’s spaceport in French Guiana, joining its sister CSO-1 in a 300km polar orbit.) By and large, the French military is moving apace in keeping with Paris’ determination to, at a minimum, keep its rank as the third international space power in an increasingly large and competitive club of nations.

Indeed, 2021 already is set to be an especially busy year for French military space activities and organizational reforms. Three major thrusts are underway.

Contrary to the US move to create a Space Force separate from the Air Force, France is developing an integrated French Air and Space Force (AAE for ‘’armée de l’Air et de l’Espace’’). The new combined force was officially stood up on Sept. 11, 2020 — a year after the French Ministry of the Armed Forces created a Space Command (CDE) to replace the 2010-established joint space command.

The AAE has now received its first officer, nicknamed “bébé espace” (literally space baby), directly assigned to a space position after graduation from France’s equivalent of the Air Force Academy. There currently are about 200 AAE personnel, spread among four different sites and centers –  Paris (management), Toulouse (space operations, command and control), Lyon (a space situational awareness center called COSMOS) and an observation center called CMOS in Creil. The CDE plans to host 500 military staff by 2025 in a building of its own in Toulouse — for now, the command is co-located within France’s civil space agency, CNES.

The Defense Ministry (MoD) clearly is hoping to tap into the commercial space industry’s dynamism to be able to more rapidly develop modern capabilities.

In addition, the military activities of CNES — the space agency always has undertaken some dual-use operations, with about 12 percent of its budget now so oriented — keep growing.

For example, CNES will use the Ariane 5 heavy lift rocket to launch the first of two planned Syracuse IV military communications satellites, as well as the first of three planned Ceres signals intelligence. The next-generation Syracuse sats, being developed by an Airbus/Thales Alenia Space team, are scheduled for launch in 2022. A third satellite is projected for 2030. The first Ceres sat, built by Airbus Defence and Space, is slated for launch this year.

CNES is also going to participate in research under the recently designated ‘Yoda’ program — named after the tiny but mighty, lightsaber-wielding Jedi master in Star Wars — for the development of France’s ‘patrol’ nano-satellites. As announced by French Defense Minister Florence Parly, the patrol nanosats would identify on-orbit threats to France’s satellites and, if deemed necessary, disable them using an on-board laser. The MoD is now looking at flying a tiny demonstration satellite under the Yoda effort in 2023; and hopes to be able to orbit a larger one with initial operational capability by 2030, according to an October 2020 report by the National Defense and Armed Forces Commission of the French Parliament.

France considers international cooperation as vital for both France and Europe in order to face the ‘new front’ of space threats, but also as a means to gain new opportunities. Germany and Italy, as well as the United Kingdom, the United States, Canada, Australia and even India and Japan, are identified as key partners for France in the 2019 military space strategy. The US is considered by France a critical partner for space military operations —  one of the reason why France officially joined a year ago Space Command’s Combined Space Operations Initiative.

In addition, NATO just approved Paris’ request to locate a new Center of Excellence for space in Toulouse. Planned for this summer, this center will welcome 42 experts – among which are 17 foreigners – in charge of doctrine, analysis, training and exercises. 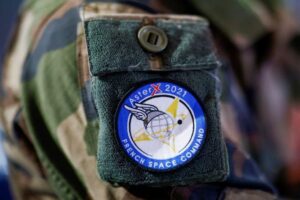 ASTERX is therefore only the first of many military space exercises, including with international partners, to come. The name of the ground-breaking exercise is in fact a tribute to the very first satellite France put in orbit, called Asterix, in 1965. And both, of course, pay homage to the famous cartoon character all French children have grown up with since 1959: Astérix, a very stubborn chief of a Gallic village in the Roman era, whose inhabitants’ worst and constant fear is that the sky will fall on their heads … perhaps not such an irrational fear after all.

In other news...
Reformers Launch Group Aimed at Challenging Muslim ...
Iranian Americans Demand Biden Admin Back Regime Ch...
Tucker: Every time they import a new voter they dil...
PAYING FOR RIOTS: NGOs Are Being Used As Tactics Ag...
Getting to Know the Land and Animals of Israel
Kansas City Shuffle + guns - 4-8-2021 - Jarrin Jack...
0 Comments
Inline Feedbacks
View all comments