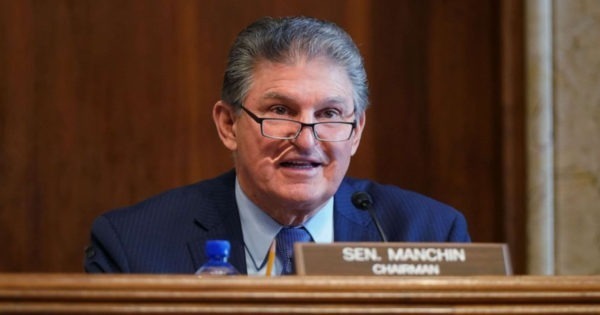 In an op-ed written in the Washington Post on Wednesday, Senator Joe Manchin (D-WV) has promised to preserve the filibuster as it currently stands.

“I have said it before and will say it again to remove any shred of doubt: There is no circumstance in which I will vote to eliminate or weaken the filibuster,” Manchin wrote Wednesday night. By making this promise, Manchin, a conservative Democrat, has dashed hopes for even minor filibuster reform, something he had previously signaled he was open to on NBC’s Meet the Press last month.

In the op-ed, Manchin made an appeal to Americans for a return to normalcy: “The time has come to end these political games, and to usher a new era of bipartisanship where we find common ground on the major policy debates facing our nation.” This plea for bipartisan solutions is at odds with the radical agenda being put forth by Biden and Congressional Democrats.

Manchin went even further, attacking budget reconciliation, a process which allows Senate Democrats to bypass the filibuster and pass major legislation with a simple majority. Budget reconciliation was the way Biden’s nearly $2 trillion COVID relief bill was passed. Manchin called on his Democrat colleagues to “avoid the temptation to abandon our Republican colleagues on important national issues.” With his condemnation of even this process, almost all of Biden’s agenda is likely to be stalled in the Senate no matter what.

Although Manchin also called on Senate Republicans to work with Democrats, many democrat talking heads have been quick to attack Manchin in the court of public opinion. Liberal journalist and blogger Josh Marshall called it “bad news” and his arguments “absurd even on it’s own terms.” CNN Commentator Keith Boykin called out his inconststancies, and MSNBC Host Joy Reid said he was why the senate is ‘so broken.’ Notably, no Congressional Democrats have called him out over this op-ed yet, probably out of fear for him switching parties.

Thus, for now at least, the radical Biden agenda on guns, climate, ‘election reform,’ immigration, and more will not be implemented except through executive order.