BREAKING: Medical Examiner Rules Ashli Babbitt’s Death As A Homicide, Lists No Cause Of Death For Brian Sicknick 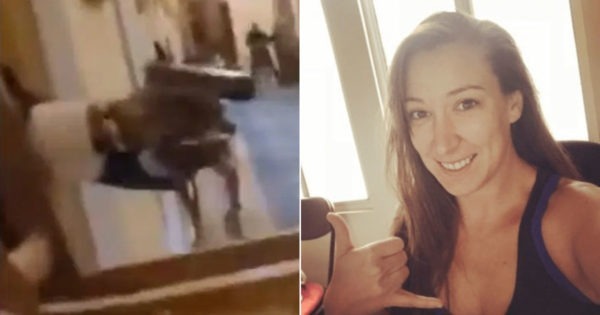 Washington, D.C. medical examiner Dr. Francisco J. Diaz ruled Wednesday that the death of unarmed Trump supporter Ashli Babbitt, who was gunned down by Capitol police on January 6, has been classified as a “homicide” caused by a “gunshot wound to the left anterior shoulder.”

“On Wednesday, January 6, 2021 an unprecedented incident of civil insurrection at the United States Capitol resulted in the deaths of five individuals,” a statement from Diaz’s office stated. “The District of Columbia Office of the Chief Medical Examiner, Dr. Francisco J. Diaz, MD, FACP, has issued the following determinations as to the cause and manner of death for four of those individuals.”

A cause of death was not listed for police officer Brian Sicknick, who has frequently been cast as a victim of an “insurrection” by the corporate media, and as National File reported Wednesday, all the other deaths of protesters on January were attributed by the medical examiner to drug intoxication or “natural causes.”

National File originally reached out to the medical examiner’s office in January to inquire about the official causes of death for the protesters who died on January 6, but the information was not released until April 7, almost three months after the original inquiry.

National File’s reporting has already suggested this may not be the case. Patrick Howley once again broke national news here with indications that the police officer died of unrelated medical conditions and not as a result of the protests.

On January 13, National File asked the media relations offices for precise details about those deaths. This was while the debate for impeachment of Donald Trump was unfolding on Capitol Hill.

The coroner’s media relations office answered very quickly on the same day, claiming that “The Office of the Chief Medical Examiner will only release the cause and manner of death when this information is available