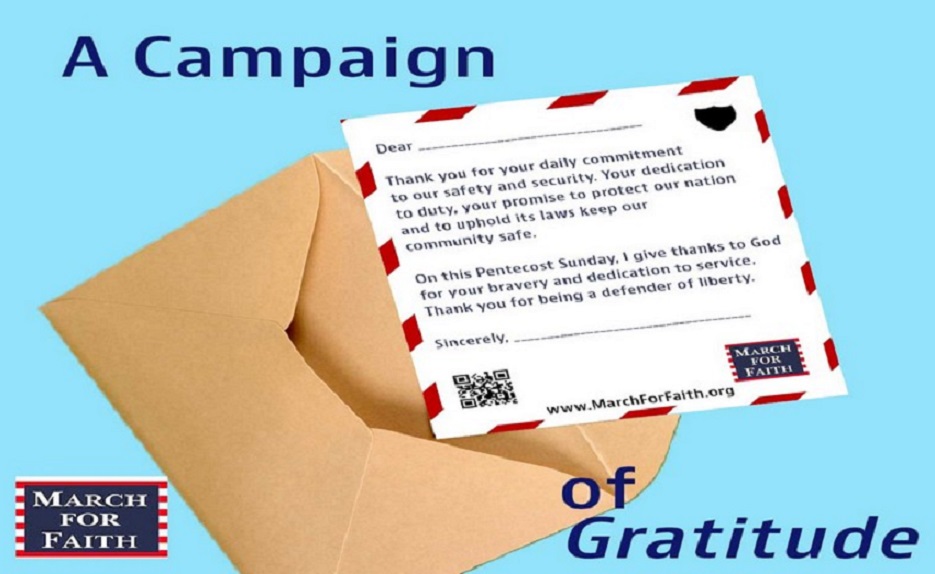 Surge Summary: The “March for Life” movement suggests an “old-school” effort to reach and influence people across America in support of the founding, Judeo-Christian principles that have helped make America great.

In Biden’s first week in the oval office, he went after the innocent unborn baby, religious faith and the Bible with Executive Orders with a liberal manic vengeance. President Trump agreed and issued a dire warning, stating, according to the Christian Daily , “In just one short month, we have gone from America first to America last!”  Will you allow Biden to destroy the very fabric of American society’s Christian faith, when the proof is overwhelming?   Susan Swift Arnall, President of March For Faith believes Americans of faith are unwilling to witness or permit the undoing of our basic God-given rights. Her answer is clear: Millions of Americans like you to must join March for Faith Project Pente-Coast!

You have seen the proof and it is both insidious as it is startling.  Arnall stresses that, “Evil is canceling our American faith, our culture of life and our liberty, dividing us, and making us fearful of expressing our First Amendment freedoms.”

What better example of that than the laundry list of relentless attacks on America’s 75 plus millions of supporters of Trump and the policies of faith, freedom, family and economic prosperity that Trump’s administration ushered in?  Instead, the cancel culture political war machine took away your ability to pray in church, silenced your children’s voices in school, shut you away from your family and demonized your faith, what did you have left?

Can a nation without freedom and God’s Word or faith survive?

“For we wrestle not against flesh and blood, but against principalities, against powers, against the rulers of the darkness of this world, against spiritual wickedness in high places.” (Ephesians 6:12)

Now, Joe Biden’s and Kamala Harris are doubling down on their 2020 political campaign’s anti-science hysteria. Their administration is treating access to God’s Founding Father’s guiding principles of God and faith as toxic. They are disparaging both with the mind-wash acid of left-wing propaganda and big-tech giant’s willful assistance.

At CPAC, Trump emphasized, “Big Tech giants like Twitter, Google and Facebook should be      punished with major sanctions whenever they silence conservative voices.” If multi-billion-dollar tech oligarchs can shut down a president’s constitutional right to freedom of speech, the best solution is to not remain silent but stand up and see why the innovative March For Faith’s Project “Pente-Coast” campaign will resurrect and reconnect Americans commitment to our faith. March For Faith does this by employing the First Amendment and old-school tactics from coast to coast.

The liberal media spin both heightened the threat of COVID as well as gaslighted the results of the presidential election.  Now Americans’ faith is being systematically canceled.  Americans fear co-workers, neighbors or even family members will report them for going to church, for singing hymns in public, for peacefully assembling at the “wrong” sort of political rally, for sharing Biblical testimony, or for reciting public prayer before a meal or even wearing a “Jesus Loves You” mask to school, according to the New York Post.

The Founding Fathers placed faith in God as the cornerstone of our Republic. Faith is essential to liberty. That is why March for Faith advocates that all fifty states declare faith as an “essential” activity to prevent continued attempts to lock down religious exercise as merely non-essential “entertainment.”

Every Christian knows someone who fear losing their jobs, their friends, even their children, for exercising such God-given First Amendment liberties. Because of fear, fellow Americans are the enemy. This war on God & freedom must end now!

The first major step toward recapturing the essence of who we are as Americans is to resurrect America’s First Amendment freedoms. This requires all of us, and especially the 75 million plus Americans who voted for President Trump, to actively support a resurrection of the Christian faith, which is the bedrock of our nation’s Constitution.

Arnall not only agrees but insists that this dangerous extreme attack on the Christian faith in the public square must end. She stresses, “Faith cancels fear!”

How Does Project Pente-Coast Campaign Work?

How does this work?  It starts with one simple postcard . . . and with each one of us.

March for Faith has created unique postcards, each with a different uplifting message, to share.  They are designed for Pastors, Police, Medical Personnel, Patriots in public service, Teachers, and personal friends.  And, they are free.

Each one of us can share much-needed words of encouragement and gratitude from coast to coast. Doing so will rebuild faith in our fellow Americans.

A little postcard can reconnect Americans with each other.

Unlike email or social media memes, postcards are tangible, private, and personal. And Big Tech can’t track them, can’t doxx anyone, and can’t silence anyone because each person is in control of using the postcards and delivering them by hand or through the mail.

“Christians can use these postcards to reconnect with fellow Americans to prepare for the celebration of Easter at Christ’s Resurrection and the coming of the Holy Spirit at Pentecost across America,” explained Arnall. She added, “Plan now to bring a postcard to church for your priest or pastor on Pentecost. Put it in the offering plate to thank and encourage all ministers of faith.”

Print them and cut them out. Hand deliver them, drop them in envelopes to mail, or print them double-sided on card stock and mail them as postcards. Or copy them and add your own words. These are wonderfully easy tools to use to reunite people, rebuild faith and connect or reconnect with people personally so they know they are not alone.

Americans have never given up on what has made the nation endure through the crisis. Don’t let your religious faith be stripped away by liberal governors, illegal court actions, the White House’s tyrannical executive orders to shut you down, shut you up or Shut Yo’ Mouth.

Be a Call-to-Action Faith Change Agent

In addition, Arnall invites supporters to take part in the weekly Patriots Prayers Thursdays in Lent at 7 pm PST on Zoom. We will pray like our Founding Fathers did, for our country, for increased faith, and for courage.

Sign up at March For Faith to join in and receive the zoom link.”

Share this campaign with others. You will create an outpouring of encouragement and faith from coast to coast. Bring a card to church for your priest or pastor on Pentecost. You will cancel fear.  Remember: Silence is Betrayal!

Kevin Fobbs has more than 35 years of wide-ranging experience as a community and tenant organizer, Legal Services outreach program director, public relations consultant, business executive, gubernatorial and presidential appointee, political advisor, widely published writer, and national lecturer. Kevin is co-chair and co-founder of AC-3 (American-Canadian Conservative Coalition) that focuses on issues on both sides of the border between the two countries.