Not Joking: The Left vs. Dr. Suess – ‘Wokeness’ Has Brought America to This 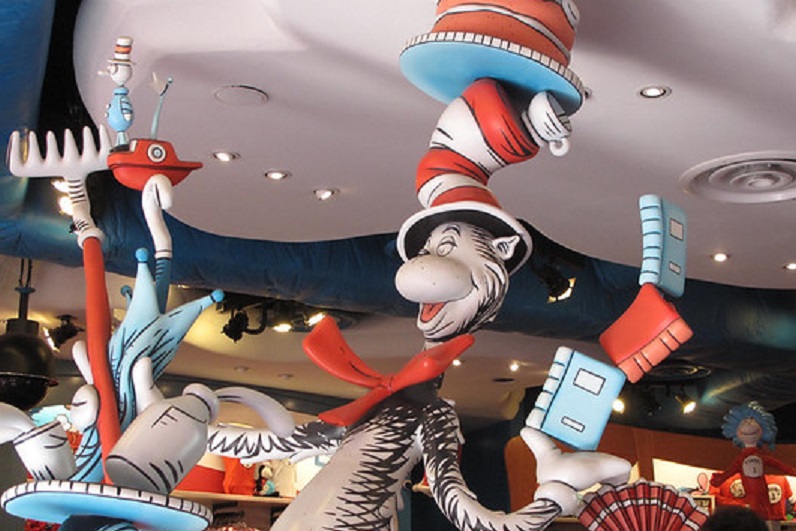 Surge Summary: On “Read Across America Day” (Tuesday) President Biden chose not to mention Dr. Suess from his statement. Apparently some of author Theodore Geisel’s content is considered offensive by today’s standards. So … Dr. Suess has been cancelled by our current “woke” culture.

[Tuesday was] Read Across America Day.  Launched in the 1990s to encourage children to read, the day coincides with the birthday of award-winning author Theodor Geisel.  Chances are you know him better by another name:  Dr. Suess.

But, of course, we live in woke times, and now we have a big problem on Read Across America Day.

Presidents Obama and Trump regularly issued proclamations celebrating Read Across America Day.  They always applauded Dr. Suess for the joy his books have brought to children for many, many years.

But the Biden White House dropped Dr. Suess from its statement this year.  What’s going on?

The woke social justice warriors, the same people trying to erase Christopher Columbus and George Washington from our history, have decided that Dr. Suess has to go.

Eighty years ago, Suess published cartoons that would be offensive by today’s standards.  But no one is perfect, and we can’t judge everyone in the past by today’s new and ever-evolving woke standards.  Some school districts are already following Biden’s lead and dropping Dr. Suess from this year’s Read Across America Day.

I don’t know whether to laugh or cry.  This shows the obsessive desire of the left to regulate everything you do, say, think and even what you can read to your children.

Our children have lost an entire year of in-school instruction.  They are falling behind kids in other countries that followed the science and kept their schools open.  But in the U.S., the left is worried about our kids being exposed to Dr. Suess?  Give me a break!

Any school board wasting its time on this foolishness should be fired!

Years ago, a major controversy erupted when it was discovered that some individuals were using public library computers to access online pornography.  Needless to say, parents and taxpayers were justifiably outraged.

Legislation was proposed to require internet filters on the computers at libraries that received taxpayer subsidizes.  The left-wing librarians’ association fought this common-sense measure all the way to the Supreme Court.  It was more important to them to ensure taxpayer-funded access to online pornography than it was to protect our children.

Now the left wants to ban Dr. Suess.  There’s something wrong with a society that promotes dozens of genders, but finds green eggs and ham beyond the pale!

The post Not Joking: The Left vs. Dr. Suess – ‘Wokeness’ Has Brought America to This appeared first on DailySurge.