Facebook’s censorship hides and distorts major events all over the world.

Journalists in Greece are accusing Facebook of censorship after the social media platform took action against accounts sharing photos of a protest in Athens, in support of a far-left assassin who has been on hunger strike since January. Facebook sent suspension warnings to accounts covering the story claiming they are in violation of its community standards.

Dimitris Koufontinas was a top hit-man for the November 17, a far-left group. He is currently serving multiple life sentences for eleven murders in a high-security prison in central Greece. Since January, he has been on hunger-strike, hoping to get transferred to a prison in Athens so that he can be near his family.

On Monday, his supporters held a protest in Athens demanding the government honors the request of the former assassin, whose health has significantly deteriorated from his 53-day hunger-strike.

Facebook has sent suspension warnings to journalists and activists who simply posted content covering the protests. The social media behemoth claimed that the posts violated its “standards on dangerous individuals and organizations.”

At least three photojournalists had their photos of the protests, which involved about 3,000 people, removed by Facebook.

Freelance journalist Lefteris Partsalis was suspended from live posting for a month. He claims that Facebook “censored a post describing what happened in the streets of Athens yesterday, not a post expressing support for anyone.”

Tatiana Bolari, of the Greece-based photo agency Eurokinissi, had her photos of the protests removed. 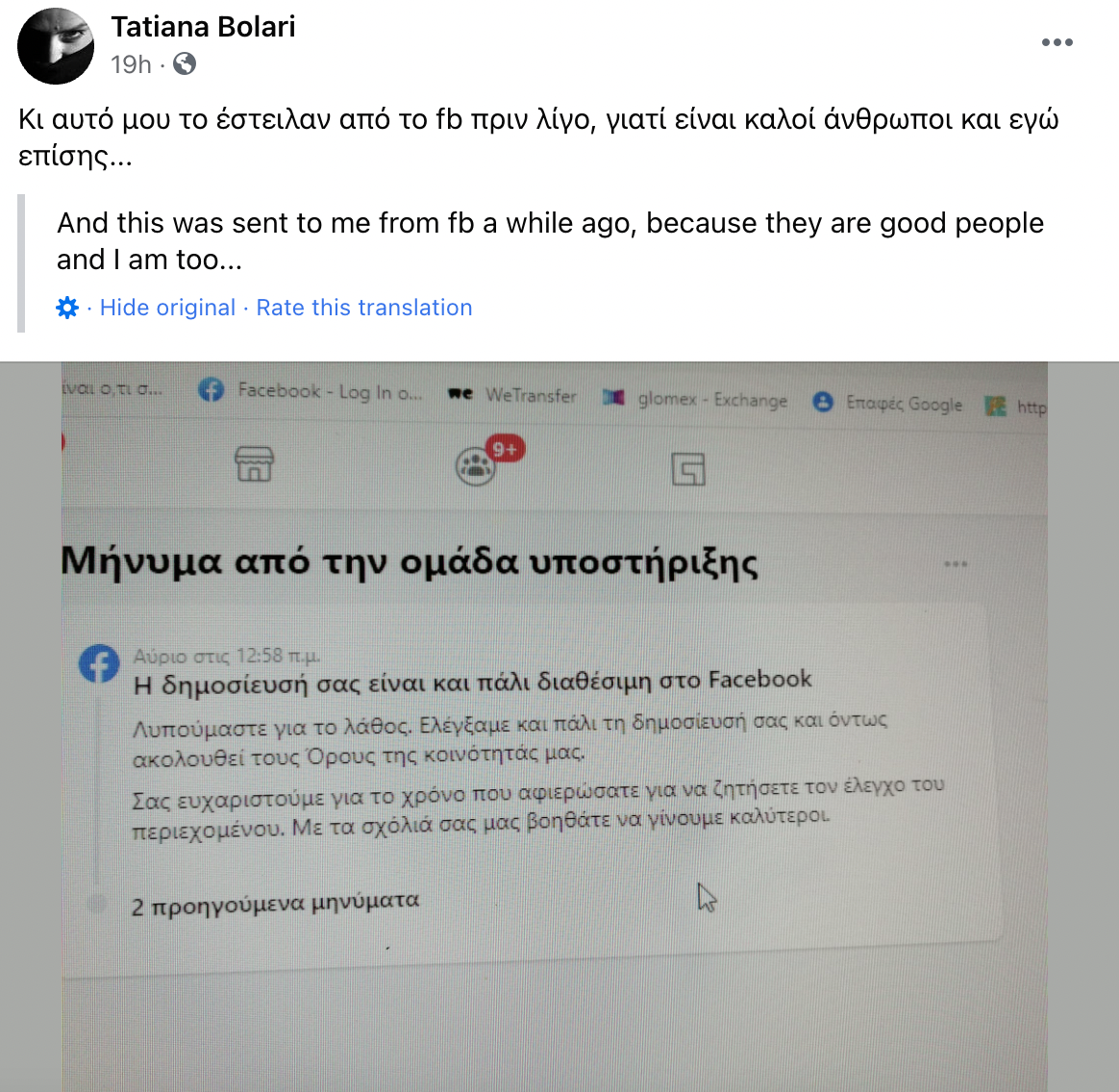 “So, this protest did NOT happen…I WASN’T there and NEITHER was anyone else,” the photojournalist said sarcastically.
Protests in support of Koufodinas have been going on for weeks, with protesters sometimes vandalizing government offices.

The post Facebook censors journalists in Greece reporting on protests about far-left assassin appeared first on Reclaim The Net.

In other news...
Customers want to know why Amazon removed Clarence ...
BAE Starts EPAWSS Jamming Suite Production For F-15...
No Growth, But No Big Cuts Likely For First Biden D...
ICANN has a monopoly on domain names and is unaccou...
This extension lets you know when a website is secr...
Indo-Pacific Commander Delivers $27 Billion Plan to...
Try a better search engine at DuckDuckGo.com.