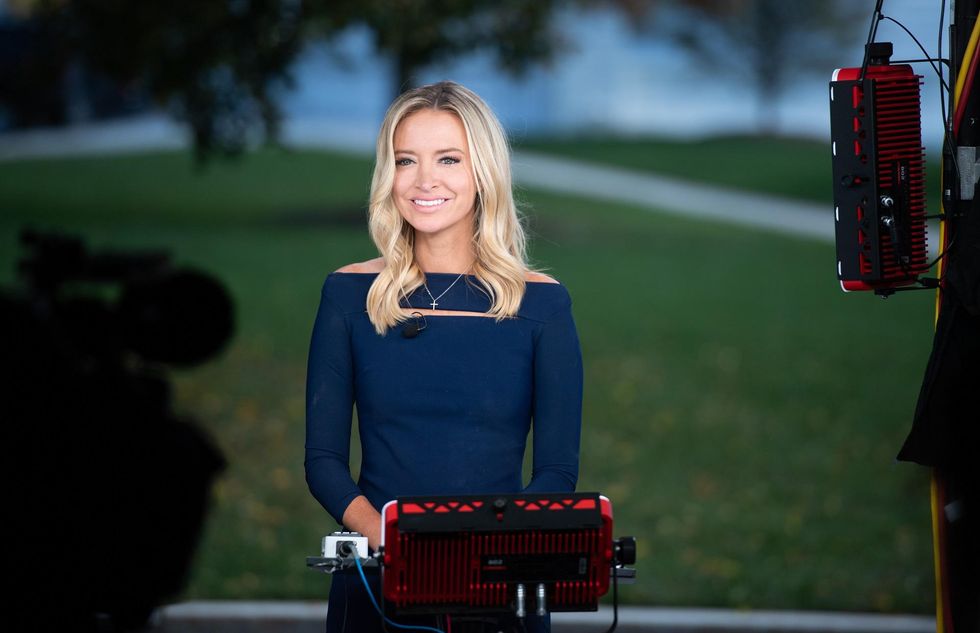 Former White House press secretary Kayleigh McEnany has signed a deal to be a contributor on Fox News, the outlet announced Tuesday.

During an interview on “The Faulkner Focus” with Harris Faulkner, the host announced, “It is my distinct pleasure today to welcome Kayleigh McEnany to the Fox family. We will be seeing much more of her in the future.”

The news sparked McEnany’s name trending on Twitter, but it was already anticipated.

It was reported in January that McEnany had disclosed to the U.S. Office of Government Ethics while still in office that she would work for Fox after leaving the White House. Fox said at the time that it had been in discussions with McEnany but had paused them.

Before working for Trump, McEnany was a commentator at CNN.

According to a report from The Daily Beast, not everyone at Fox is happy with their new co-worker being brought on board. An unnamed insider likened McEnany to Nazi propaganda minister Joseph Goebbels, fuming to the outlet:

“It’s truly disgusting they fired hard-working journalists who did care about facts and news reporting only to turn around and hire a mini-Goebbels whose incessant lies from the White House helped incite an insurrection on our democracy that got five people killed, including a police officer. Post-Trump Fox is quickly becoming a very scary place and quite dangerous for our democracy. It’s not even conservative news anymore. They’ve plunged into an alternate reality where extremist propaganda is the only course on the menu.”

In her sit-down interview with Faulkner, McEnany recalled the “shock” and sadness felt by her and other White House staff on Jan. 6, after a pro-Trump mob stormed the U.S. Capitol.

She also shared that she has noticed a difference in the way she was treated by the White House press corps compared to how the they treat her successor, President Joe Biden’s press secretary, Jen Psaki.

“I’ll never forget watching one of the early press briefings where [Psaki] was asked about Antifa riots and I believe she said that she hadn’t spoken to the president about that,” McEnany recalled to Faulkner. “They let her move on, whereas if I would have been asked that about violence on the other side of the aisle… that wouldn’t have been an answer that flew, nor should it have.”

McEnany added, “I think the standards are different but the American people are smart, so wise, they see the difference.”

However, McEnany said she has no ill feelings toward Psaki, personally.

“I wish her all the best,” McEnany said. “I left her a note saying that much, we’ve met previously, one time, and she was very kind. So were some of her colleagues in the press shop.”

Apparently, the feeling is mutual. Psaki extended kind regards to McEnany when asked about it during a media briefing on Tuesday. Psaki recalled chatting with McEnany when both were contributors on CNN, before adding, “I certainly wish her the best in her future endeavors.”