Horowitz: Will state legislatures keep rolling over for tyrannical governors? 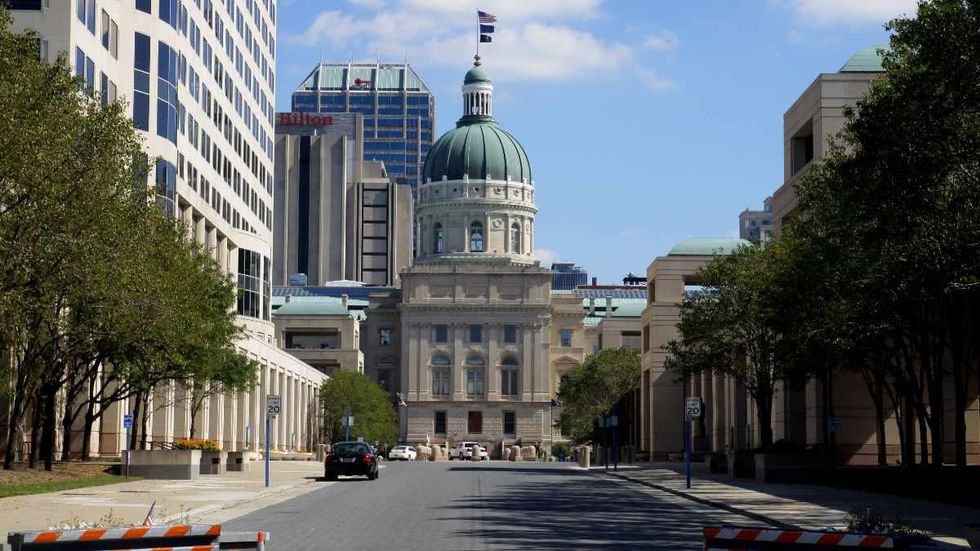 Even if one believes government has the legal right and the scientific backing to destroy our lives over a virus, shouldn’t such decisions be made by a legislative body? This is a simple proposition anyone who supports representative democracy should rally behind, yet 10 months into the greatest government display of control of our lives, we continue to have health departments making the most consequential decisions of all time without legislative input. Governors continue to tell legislatures to mind their own business, and the response from most GOP-dominated legislatures has been tepid at best.

There is no virus that can possibly prevent legislators from weighing in, at least not after a few days into the initial emergency. We should all agree that if the actions taken by the governors, mayors, and health departments are so compelling, then the legislature should easily be able to approve them — if not within hours or a day, certainly within a week. As such, any decision that is made against the life, liberty, or property of an American — from business and school closures to quarantining and masking — should only be made by an elected body within just a few days of the presumed emergency.

Are the 31 GOP-controlled legislatures passing these bills, even in the 19 states where they command veto-proof majorities? Very few of them are going far enough, although some are headed in the right direction. Idaho, Ohio, and North Dakota are examples of some states where one chamber has passed meaningful limitation on the governor’s orders. However, one to two months into the legislative sessions, not a single state has effectively checked the dictatorial powers yet with a categorical bill passed by both chambers.

Last week, the New Hampshire House passed a bill zeroing out all fines levied against businesses and individuals under emergency health orders. Shockingly, Gov. Chris Sununu (R) said, “We can’t claim to support law and order, then incentivize law-breaking and reward those who do not follow the rules.”

From following these efforts in numerous states, I get the sense that this is the belief held by nearly every governor in the nation. They believe they have the right to legislate against the most intimate parts of a citizen’s life, and in turn, the legislature has no businesses getting involved. Sununu believes that the legislature is being lawless by interfering with his private “laws.”

It’s not surprising that governors believe they should have as much power as possible. What is shocking, though, is that state legislatures are not more aggressively checking their power and appear content to allow governors to continue ruling as kings. For example, the GOP supermajorities in West Virginia failed to apply limitations to the current declared emergency. Indiana’s supermajorities refuse to fully check the power of the liberal RINO Gov. Eric Holcomb.

The scary thing is that the clock is ticking on state legislative schedules, and many of them will be out of session within a few weeks, which will enable governors to rule without any checks and balances for the next eight to nine months. At a minimum, states must pass bills forcing the governors to call the legislatures back into session as soon as governors declare an emergency or give the legislature itself the ability to call itself back in to session.

What I’m observing now in most state legislatures is an antiquated law designed to protect liberty being used to protect tyranny. Most states limit the legislature to just a few months of active lawmaking, and some states even limit the number of days during the session that legislators can introduce legislation. This was done to prevent the government from legislating away too many of our rights. However, what has happened in recent years is that most of the “legislation” is promulgated by the governor, the state agencies, or the courts. They have zero limitations on the time or scope of their “legislative” powers. Thus, limiting the ability of the legislature to convene actually prevents the people from using their only democratic avenue to redress their grievances against executive tyranny.

Take Utah, for example. There is an allegedly Republican governor, with the GOP controlling the House by 58-17 and the Senate by 23-6. Yet it as might as well be California when it comes to mask mandates. The state legislative session ends this coming Friday night, and legislators have yet to limit the power of the government or health department. With the legislature out of session until 2022, the health department extended the criminalization of human breathing without a Chinese face burka through March 25. Without any sort of legislation – and indeed, with the legislature slated to be out of session – these unelected bureaucrats are suggesting that the mandate will be in place until 1.6 million people have been vaccinated, and even then, citizens will be allowed to breathe freely only in “low transmission” counties. With masks already never having worked in Utah, the unelected bureaucrats have now set up a standard that will continue with no recourse for the citizenry until the legislature convenes next year.

Even though a significant majority of the state was living under mandates already, it didn’t stop a huge increase i… https://t.co/GJ623Rgqxy

“Its constitutional powers being at once more extensive, and less susceptible of precise limits, it can, with the greater facility, mask, under complicated and indirect measures, the encroachments which it makes on the co-ordinate departments,” wrote Madison. “It is not unfrequently a question of real nicety in legislative bodies, whether the operation of a particular measure will, or will not, extend beyond the legislative sphere.”

It was in this vein that many state constitutions limited the powers of their legislative authorities. Little did their framers know that not only would the executive branch begin to legislate against fundamental rights all year round, but the legislature would be all too content to permanently cede that authority.