Newborn baby tests positive for COVID-19 — and doctors find that the child has 51,000 times the viral load of other patients 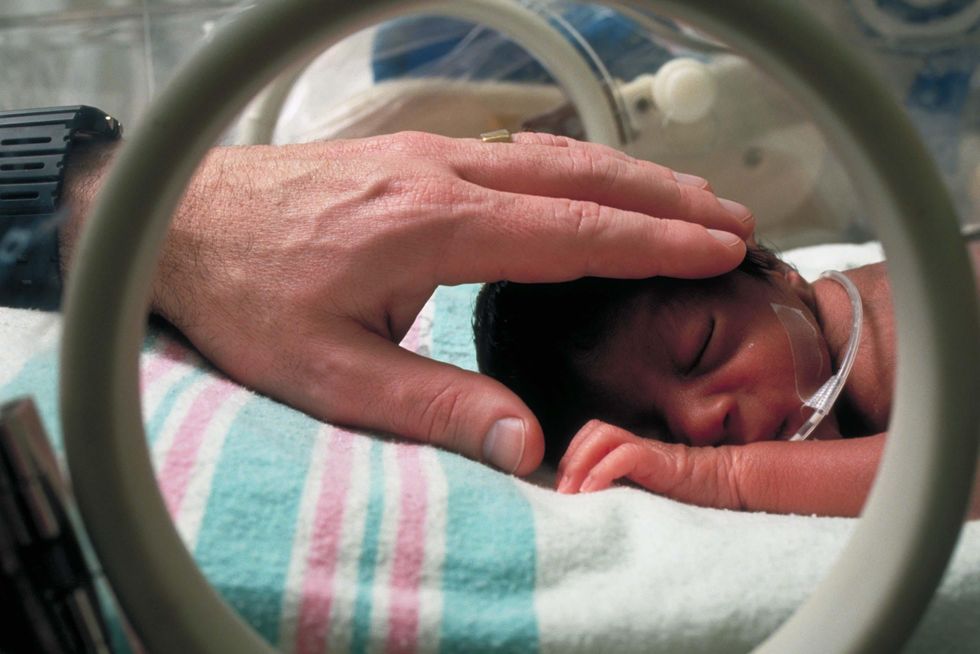 A newborn baby diagnosed with COVID-19 in Washington, D.C., was found to have at least 51,000 times more viral particles than other young patients diagnosed with the deadly virus.

According to a Wednesday report from the Washington Post, experts can’t fathom why the unnamed child — who was born in September and has subsequently recovered — had such a high viral load, but later determined that the infection was a new coronavirus variant seen in several other cases.

The child, according to the Post, was born “very sick.”

“Most infected kids barely show symptoms and even the hospitalized ones tend to have mild cases,” the outlet noted.

On Thursday, Insider reported that it isn’t clear whether this particular variant is more dangerous to children, but pointed out that its structure may make it more infectious when compared to other strains.

“It’s not clear how common or risky this new variant might be,” Insider noted. “The database found eight other cases of this variant in the U.S. mid-Atlantic region, according to a pre-print study, which has not yet been peer-reviewed, on coronavirus variations in children.”

The outlet noted that the variant’s distinctive type of spike protein structure “may make it more infectious.”

“It’s not clear whether this new variant explains the huge number of viral particles detected in the infant’s nose,” the outlet added.

“It could be a complete coincidence,” Roberta DeBiasi, chief of infectious diseases for the Children’s National Hospital, told the Post in a statement. “But the association is pretty strong. If you see a patient who has exponentially more virus and it’s a completely different variant, it is probably related.”

DeBiasi added that she couldn’t conclude anything about the mutation from just one case, but the Post reported that researchers found evidence that a “variant with a mutation called N679S may be circulating in the mid-Atlantic region.”

The Post reported that as of Feb. 11, more than 3 million U.S. children tested positive for the virus since the beginning of the pandemic.

“The biggest surges have occurred since mid-November, when cases increased at a rate of 100,000 to 200,000 each week,” the outlet noted. “But the nation’s scant genomic sequencing has focused almost exclusively on adults.”

Harvard researcher Adrienne Randolph said that the need to expand sequencing is immediate.

“A couple of hospitals saying their cases are more severe in kids doesn’t mean nationally this is a problem,” she explained. “But we have to investigate. With new variants, it could be some of these kids were infected with them.”

Alan Beggs, who is a genomics expert at Boston Children’s Hospital, said that the overall “take-home message” is that the country is “doing poorly in identifying worrisome changes in the evolving virus.”

“This is just more evidence that needs to change,” Beggs added.

In other news...
Phoenix man accused of armed robbery, threatening t...
Ray Dalio: Are We In A Bubble? Warns of Major Overh...
New Thriller Movie Highlights Jewish Mysticism and ...
Israeli Strike Reported on Iranian Targets Near Dam...
Say What?! CA School Board Trustee Says A Return To...
What’s It Like In “Woke” America
Visit our Discussion Forum at Libertati.com. Follow us: