Spoiler Alert: There Will Be No Change of Power on March 4 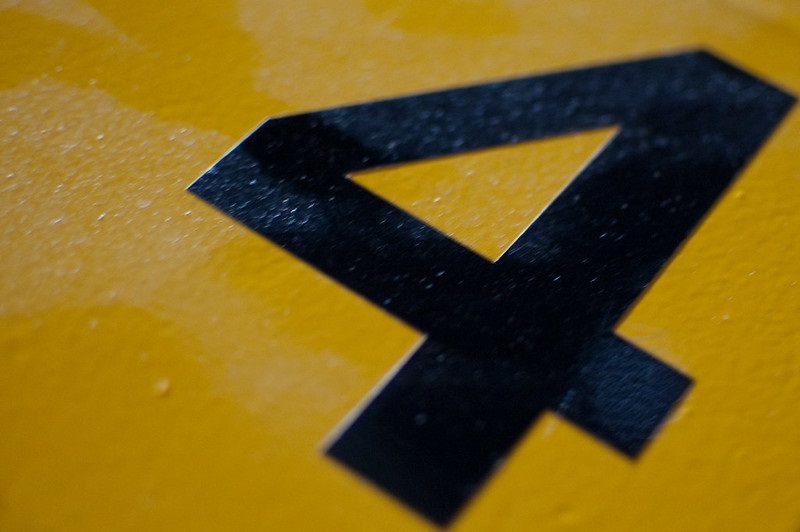 Surge Summary: The daffy theories popularized by the group Q-Anon are gaining purchase in some segments of America’s Christian population – but not all believers are buying into the conspiracy theories. Meantime, (Spoiler Alert!) no dramatic transfer of presidential power is going to occur on March 4.

In case you haven’t heard, some QAnon conspiracy theorists believe that Trump will be inaugurated on March 4. In fact, there is so much internet buzz about this that National Guard troops in DC have been put on standby as a precaution. After what happened on January 6, the obvious strategy is better be safe than sorry.

But is there reason for concern?

Last Friday, I tweeted, “I was asked by a reporter today if I knew of any major Christian leaders who are peddling the QAnon conspiracies. Honestly, the only ones I could think of are fringe. However, the TALKING POINTS of Q seem to have filtered down into many within the Body. Do you agree?”

Some of the affirmative responses included: “Yes, I agree. The talking points of Q have filtered down into many within the body, and it’s sad.”

And, “Ex Trump supporter, I tried warning about it on FB including your page. You have loads of those following you. They quote bible scriptures with their conspiracies. But that is how Satan works mix truth with lies. I woke up. I was met w/ fierce pushback when speaking truth.”

And, “I’m an elder at a small church in the Midwest and QAnon ideas are embraced by close to 1/4 the congregation.”

And, “Yes. I have it in my church and my church is healthy and somewhat educated… very strange.”

And, “Actually, Michael, I have found a lot of family and friends getting involved in these kinds of ideas largely because they don’t trust the media at all-left or right, not even Fox News. That leaves the door open for the Qanon types to be their source of news.”

Regarding March 4, one woman tweeted this in response to my question: “We found out on Sunday that a member of our church believes that Trump will take over on March 4th through violent means. It was surprising and distressing. He is not a violent man.”

Perhaps these beliefs are more pervasive than we know, especially among the more fringe, hyper-nationalist types.

And when we consider that a new survey indicates that 3 in 5 white evangelicals do not believe that Biden was legitimately elected, it’s not hard to see how, among the more disaffiliated and disgruntled, more extreme theories are being embraced. In their fervent attempt to reject the “fake news” of the left, they embrace alternative falsehoods on the right. Put another way, these extremists run to the new fake while running from the old fake.

As explained by Elizabeth Neumann, described by Politico as a devout Christian, “QAnon is driving some Christians to extremism and violence.”

Interestingly, “She sees QAnon’s popularity among certain segments of Christendom not as an aberration, but as the troubling-but-natural outgrowth of a strain of American Christianity. In this tradition, one’s belief is based less on scripture than on conservative culture, some political disagreements are seen as having nigh-apocalyptic stakes and ‘a strong authoritarian streak’ runs through the faith. For this type of believer, love of God and love of country are sometimes seen as one and the same.”

And it is among groups like this that QAnon conspiracies, including the March 4 transfer of power to Trump, find fertile ground. (For the convoluted reasoning behind the March 4 beliefs, see here; for an eye-opening overview of Q, see here.)

Of course, many on the left are quick to brand all Christian conservatives (and/or Trump supporters) as QAnon-supporting white supremacists. As Mike posted in response to my tweet, “The ‘talking points’ of Q are a constellation of internet theories (mostly anonymous) that predated Q. Not all of them are equally viable, some more, some less. By collapsing ALL conspiracy theories into lunacy the narrative is now: Xians = Qanon = gullible twits.”

Or, as Kevin noted, “Yes, Q anon has filtered down into several churches. I did an investigation on Q/several interviews exposing it. Q anon has deluded a large number of believers. Some reporters are trying to paint all Christians as Q anons, e.g., ‘The Daily Beast.’”

They are absolutely right, just as, for the last four years, the leftwing media has sought to portray all Trump supporters as racists. Today, some of these same reporters and journalists and commentators continue to paint with a broad, dangerously inaccurate brush. (I say dangerous, because reckless rhetoric and false caricaturing can further inflame emotions and provoke hostilities.)

All that being said, and fully recognizing how QAnon talking points have infiltrated segments of the church, let me save everyone the drama.

Trump will not be inaugurated on March 4. Instead, on that day, yet another Q theory will bite the dust.

My question for those who are expecting otherwise is this: at what point will you realize you have been deceived?

Some would say to me, “Just last week you wrote an article urging us to take our focus off Trump. Now you’re putting our focus right back on him.”

To the contrary, I’m seeking to put out the latest, Trump-focused fire and saying, “Enough! January 20 is past. March 4 will soon be past. It is absolutely time to move on.”

The post Spoiler Alert: There Will Be No Change of Power on March 4 appeared first on DailySurge.