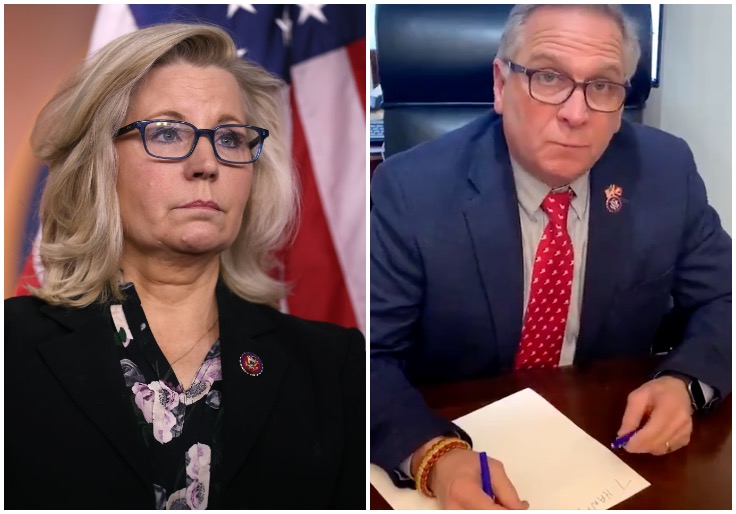 A bill introduced on Wednesday would make it more difficult to take gun rights from veterans.

The Veterans 2nd Amendment Protection Act, introduced by Rep. Liz Cheney (R., Wyo.) and Rep. Mike Bost (R., Ill.), would restrict when the Veterans Administration can take away veterans’ right to buy or own a gun. It would require a legal determination that a veteran was a threat to himself or others before stripping him of his Second Amendment rights.

The bill could impact the hundreds of thousands of veterans who have had their gun rights taken despite never committing a crime or being legally declared a threat to themselves or others. It would also further clarify what level of scrutiny is required before infringing upon a core constitutional right.

“No one, especially those who risked their lives defending our nation, should have their constitutional rights infringed,” Cheney said. “The legislation that Ranking Member Bost and I introduced today will ensure that the Second Amendment Rights of law-abiding veterans are not hindered by government red tape, and will prevent unelected bureaucrats from denying veterans of their ability to purchase or own a firearm.”

Currently, the Veterans Administration adds any veterans or beneficiaries to the federal background check system whenever they have a fiduciary appointed to manage their finances. That makes the veteran a prohibited person and effectively bans him or her from gun ownership. The arrangement leaves veterans in a unique position in which their gun rights can be taken away by government employees without a determination from a judge or magistrate.

Rep. Bost called the current situation “unacceptable” and a “shameful practice that violates what our country stands for.”

“Veterans fought to defend our constitutional rights, including the Second Amendment right to own a firearm,” he said. “No government bureaucrat should be able to strip them of that right.”

A similar bill passed the House with bipartisan support in 2017 but was never brought to a vote in the Senate.

In other news...
Losing Perpspective: Not Everything at This Year’s ...
Former Michigan health director receives $155K seve...
Covid Bill IS FULL of Expensive Crony Giveaways, In...
This Week in Campus Insanity Vol. 33
Good News on Climate – But You Won’t Hear It From t...
Israeli Military Officials Warn Biden Against Rejoi...
Visit our Discussion Forum at Libertati.com. Follow us: