Biden Backtracks on Demand for Trump-Appointed Prosecutor to Resign 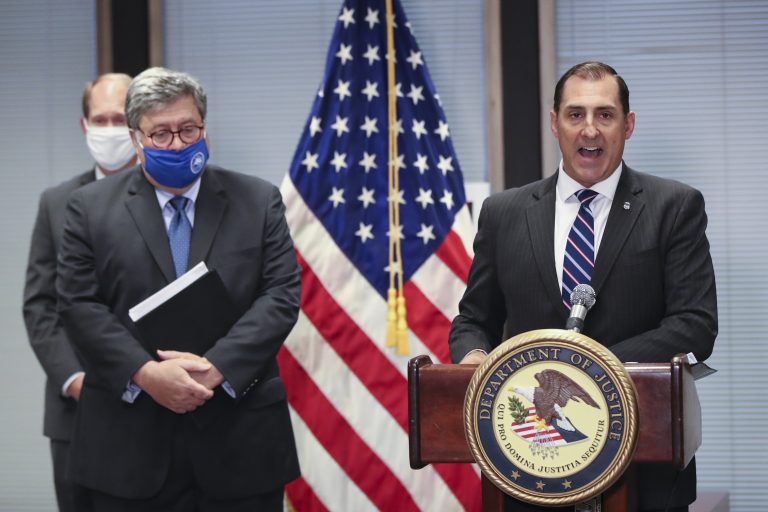 The Biden administration will retain Chicago’s top federal prosecutor for the time being, amid mounting bipartisan pressure to keep him in place while he supervises a public corruption probe of powerful Illinois Democrats.

Sens. Dick Durbin (D., Ill.) and Tammy Duckworth (D., Ill.) announced late Tuesday that John Lausch will remain in office until his successor, as yet unnamed, is confirmed by the Senate. President Joe Biden asked remaining Trump-appointed U.S. attorneys to resign by the end of February, prompting objections from Durbin, Duckworth, and Illinois House Republicans.

“Mr. Lausch has served with professionalism and without partisanship,” Durbin and Duckworth said in a joint statement. “There is precedent for U.S. attorneys in the Northern District of Illinois to remain in office to conclude sensitive investigations. After our repeated calls, we appreciate that Mr. Lausch will be given this opportunity.”

The administration said as recently as last week that Lausch would step down by the end of the month. A White House official defended the personnel change to the Washington Free Beacon on Feb. 18, arguing it was consistent with the transition timeline set by prior administrations.

Since taking office in 2017, Lausch has marshaled a massive legal attack on machine-style political dealings in Illinois. The biggest of those cases is an ongoing probe of former Illinois House speaker Michael Madigan (D.) and a friendly utility provider called Commonwealth Edison. Madigan was the reputed boss of the Illinois Democratic party for decades and held the top post at the state house in Springfield for over 30 years.

ComEd has since admitted in court papers to a multimillion-dollar influence scheme in which it awarded bribes, subcontracts, and no-show jobs for Madigan allies in exchange for legislative favors. Madigan himself has not been indicted, but several of his associates have, and court filings allude to him numerous times as “Public Official A.”

There isn’t a set timeline for installing Lausch’s successor. The White House will select a U.S. attorney for Chicago with input from Durbin and Duckworth. The nominee will need Senate confirmation. Lausch took office in November 2017, almost 11 months after Trump took office.

In other news...
Israeli Military Officials Warn Biden Against Rejoi...
Fauci and Powell Are Two Market Movers Who Need to ...
McGill University Jewish Groups Decry ‘Misleading’ ...
Is America to be Turned Around? Each One Must Make ...
CNN’s Chris Cuomo Addresses Brother’s Sexual Harass...
Minnesota Republicans Call For Environmental Activi...
Try a better search engine at DuckDuckGo.com. Visit our Discussion Forum at Libertati.com. Follow us: